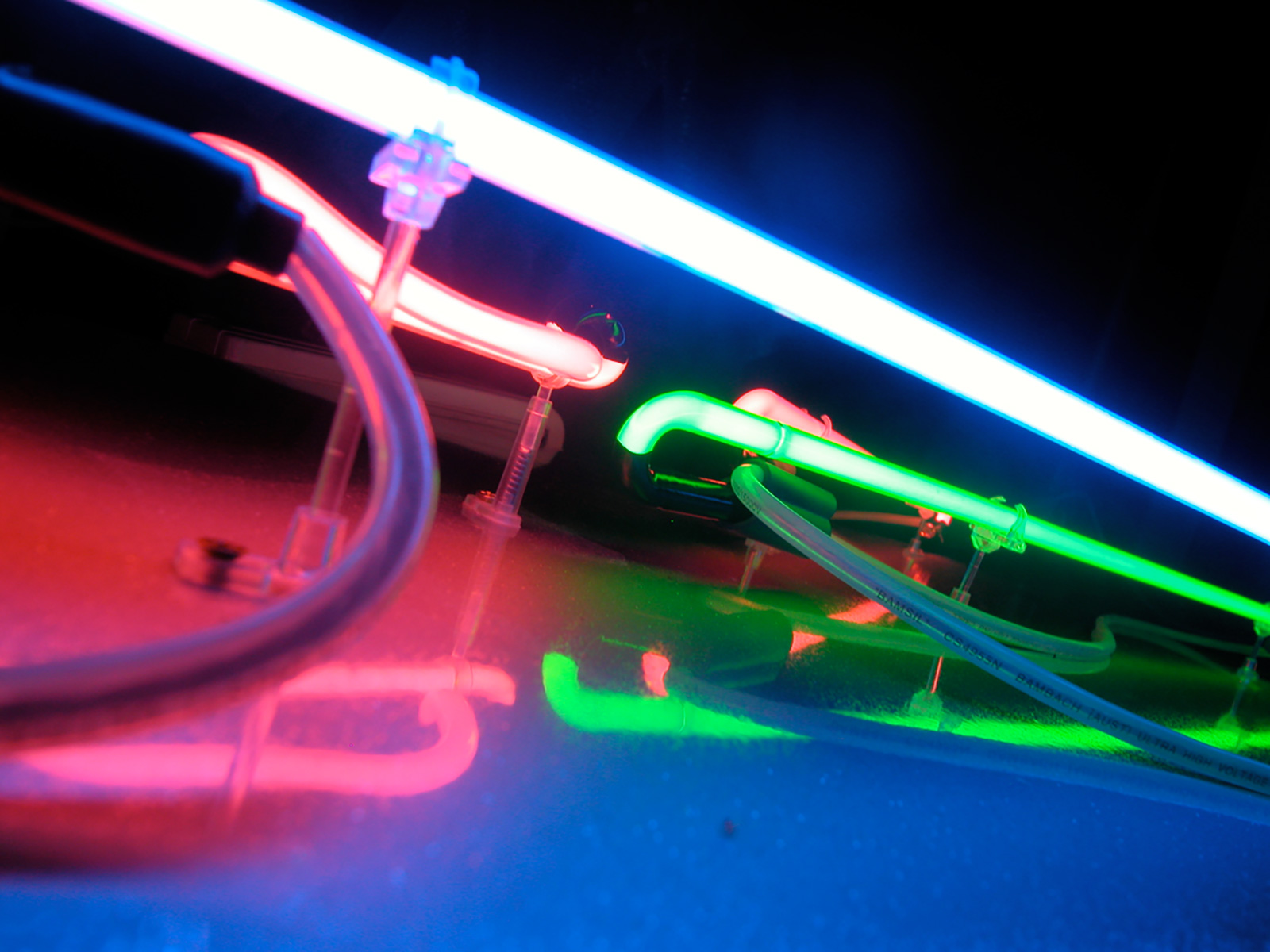 Born in Brisbane, Australia.
Lives and works between Australia and Thailand.

A graduate of Griffith University in Brisbane, he also undertook Postgraduate studies at Sydney College of Art and Kunsthochschule Berlin, with funding from Anne & Gordon Samstag International Visual Arts Scholarship.

The psychological and physical aspects of colour and light and their impact on how we re-imagine and interpret space are central to the art of Giles Ryder.

The zing of ‘kandy-coloured’ neon, the soft ambient rosy glow from a pink flouro tube, the disquiet of violet, and the sleek reflective surfaces of machined metal utilized in his works impact our senses and perceptions of space and objects.

Ryder’s works are hybrids of the found and the factory-made. He uses only recycled neon tubes and electrical elements, yet implements his honed industrial skills to custom-make machine tooled metal forms and apply meticulous auto-lacquer finishes. He takes a reductive approach to form, colour and line; in many instances, often distilled and pared to the minimum, yet always cognisant of ‘affect’

Giles Ryder teaches at Bangkok University International and has also taught at Sydney College of Art/The University of Sydney and King Mongkut’s University of Technology Ladkrabaeng in Thailand.

Ryder is a previous recipient of the ARTAND Australia/Credit Suisse Private Banking Contemporary Art Award, which he was awarded in 2006, and was an Asian Pacific Artist Fellow at Korea’s National Museum of Modern and Contemporary Art in 2011. Giles Ryder is very active in exhibitions and projects in Australia and internationally.