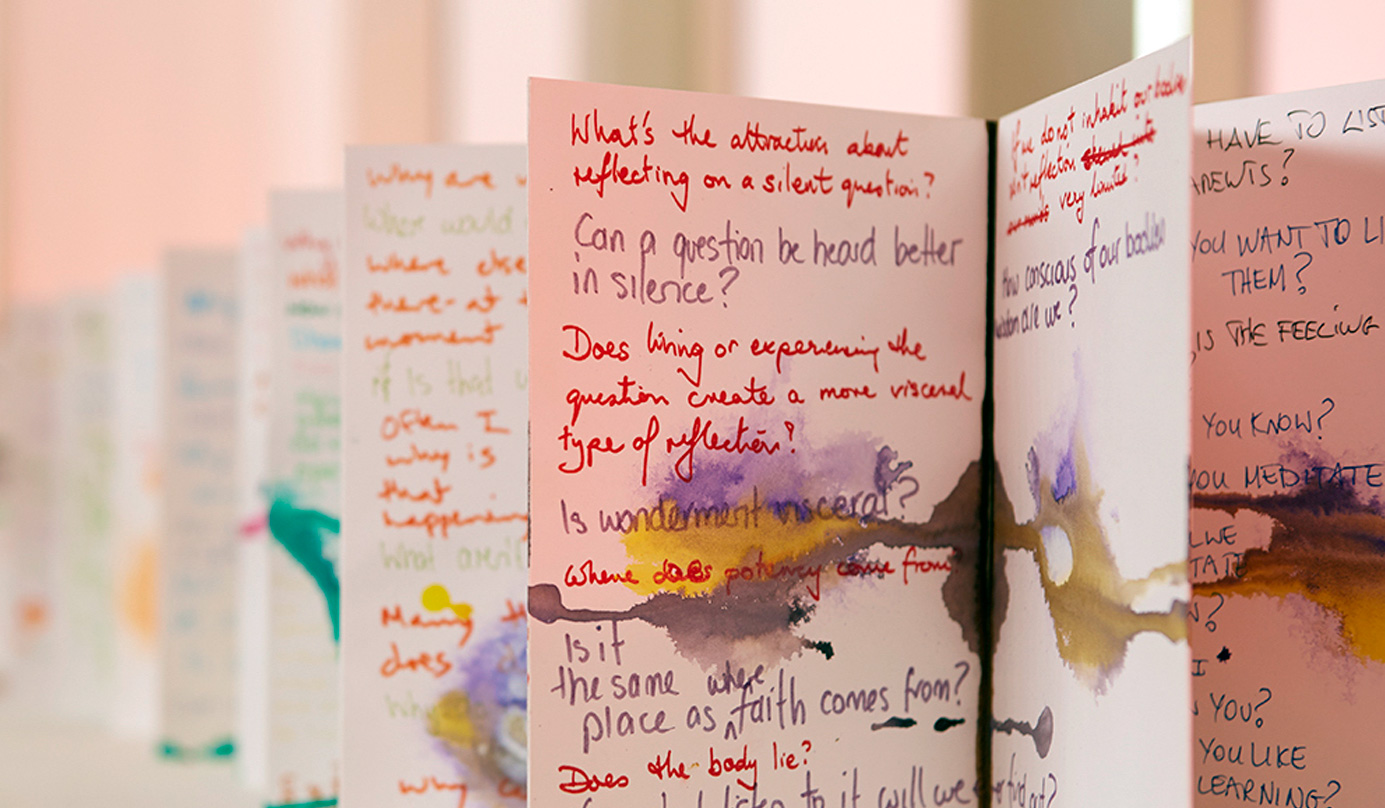 An experimental work of performance art, QUEST will focus on opening up one-on-one dialogues between the artist and individuals in an attempt to get to ‘the heart of the matter’.

The challenging format of this performance belies the answer driven society in which live today. By deliberately focusing on the question rather than the answer, the performance forces participants to stop, pause and reflect – a process which in many instances leads individuals to the realization that the initial question with which they began, is not in fact, the real question which lies at the heart of the matter after all. An antidote to contemporary society’s obsessive compulsion to constantly find and focus on answers, Quest re-focuses our attention on the importance of the questions we ask in life.

Through the experimental dialogue of the performance, emphasis is placed on the importance of learning to question yourself, others and everything around you. Subverting the commonly held concept that the stories or answers behind an artwork can be found within the work itself, the focus here is fixated on the performance and the participant. Rather than claiming to hold all the answers, the artist concentrates instead on the idea that the answers to all of our questions lie within ourselves. We are the source of our own answers.

Inevitably, the performance often brings to the surface personal and emotional issues of which the participant was unaware. Epiphanies seem to occur frequently throughout the course of the performance. The symbolism of the coloured ink splots, which the artist has, in preparation for the performance splashed across the pages upon which the written dialogue is recorded, are significant visual references to the idea of the Rorschach test with its psychological overtones.

As a performance, QUEST is essentially an interactive and collaborative social project or experiment focused on community involvement and engagement. Drawing on the ideas behind relational aesthetics, the outcome of Noula’s performance is the creation of a social environment which brings people together to participate in a shared activity (or quest). The artwork is not about an encounter between the viewer and a static art object, but is instead an encounter between the artist and audience.

By redefining our concept of art, Noula’s performance suggests that artist can be facilitators, rather than just the makers of objects. Art can therefore become an interaction or exchange of information between artist and audience – in this case a common quest to ‘get to the heart of the matter’ undertaken by both artist and participant. Marked by its open-endedness, the performance becomes about providing participants with new ways of thinking – a new way of viewing the questions that arise in our life. In this sense, through the exchange of information the artist gives the audience access to powerful tools which provide them with the means by which to change their world.