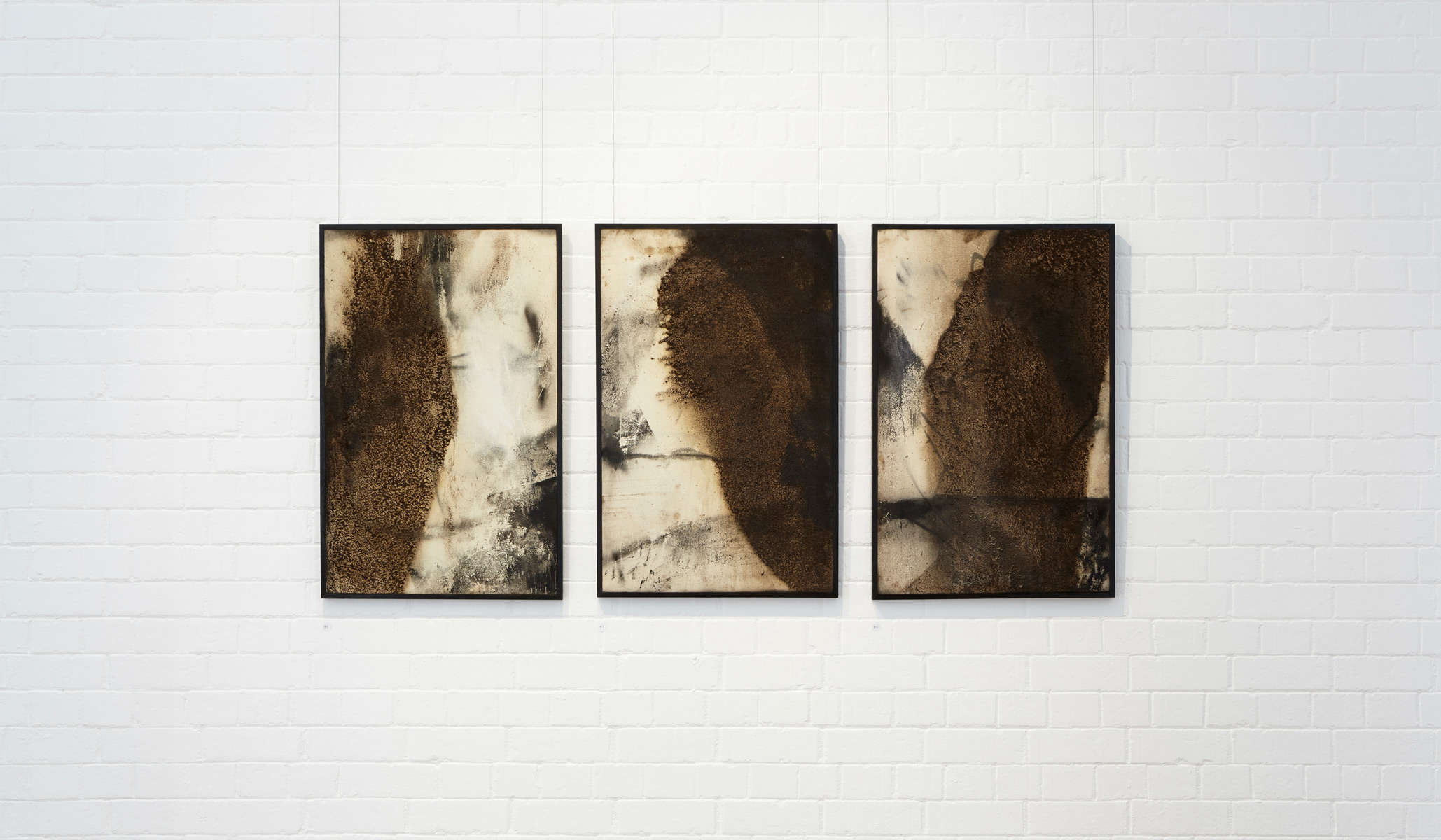 They keep saying not bad for a Monday
VEGETATION BELT

Ryan McGennisken is a Melbourne-based artist whose paintings sets out to defy considered composition and gesture. He paints ‘alla prima’, all-in-one-go, in the outdoors, in silence, layering a combination of found non-art materials like rust, motor oil and dirt gathered around an industrial estate where he works and from his backyard and carport.

Colour is spared in the Zen-like Stillage paintings. He welcomes random capture and imperfection and seeks unforeseen beauty; adding and deleting marks while seemingly inconsequential inclusions have influence in decisions. The paintings are left to weather and decay organically before he seals the disparate materials in matt polyurethane.

Ryan’s paintings mirror himself and his interest in the decaying; death, nothing, and filth– in the abandoned, vast emptiness and the mundane.

Ryan is currently working towards an upcoming solo exhibition to be held at Artereal Gallery in July 2019.

They keep saying not bad for a Monday
VEGETATION BELT