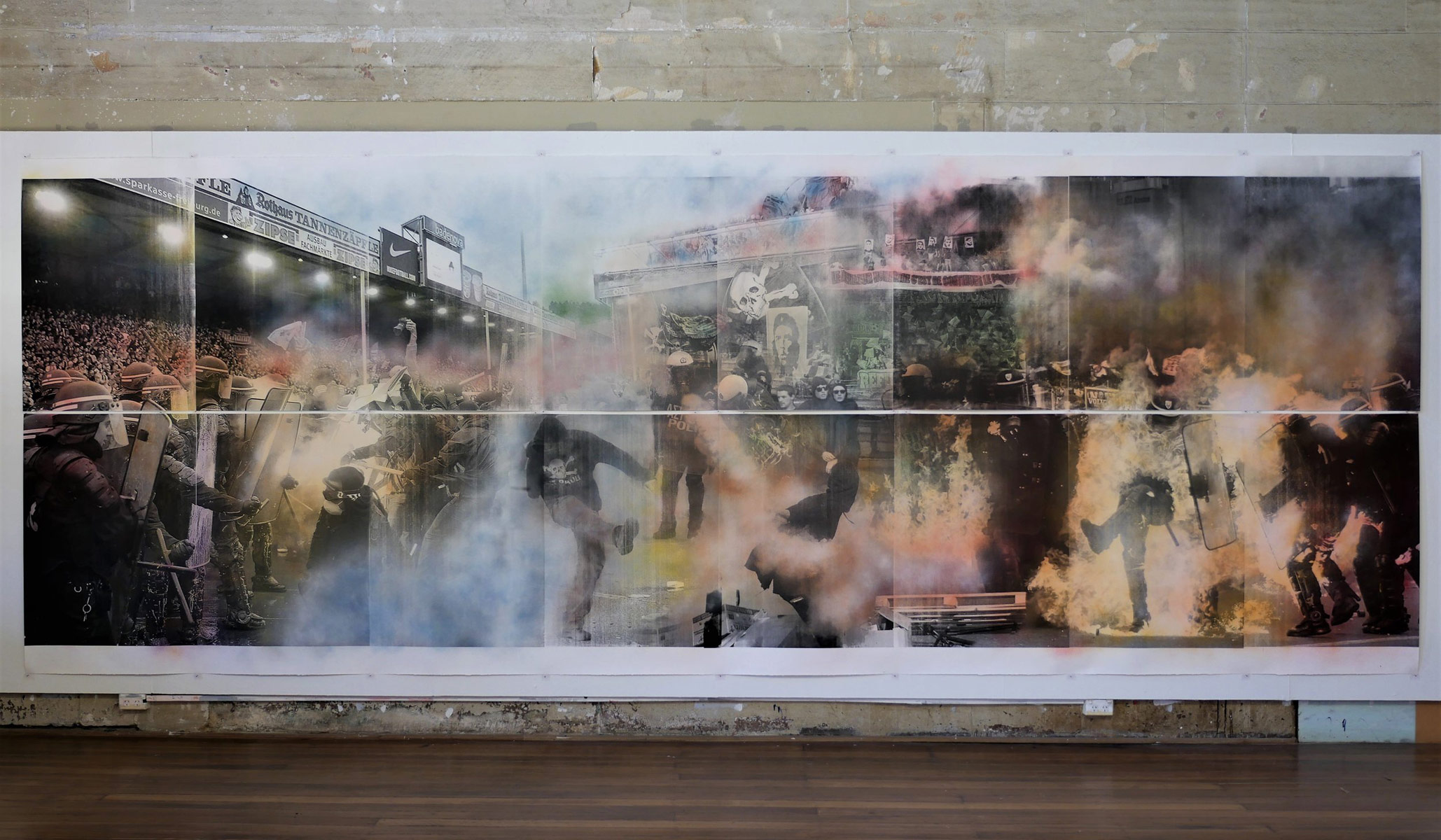 Evan Pank is an emerging artist living and working in Sydney, Australia. Utilising spray paint and screen printing, he creates works based on his own experiences as a football fan and the interconnection of sport with politics and society. Pank’s unique work explores parallels between political protest on the street and football fandom at games across Australia and the globe. His work depicts the organised chaos that is hidden from plain sight. 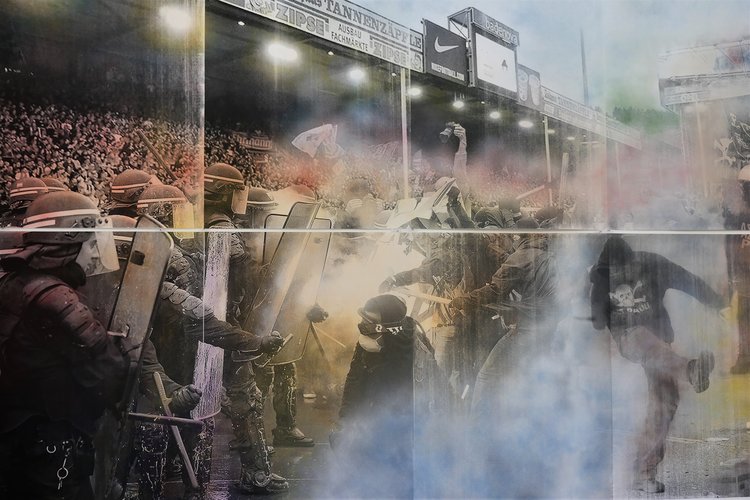 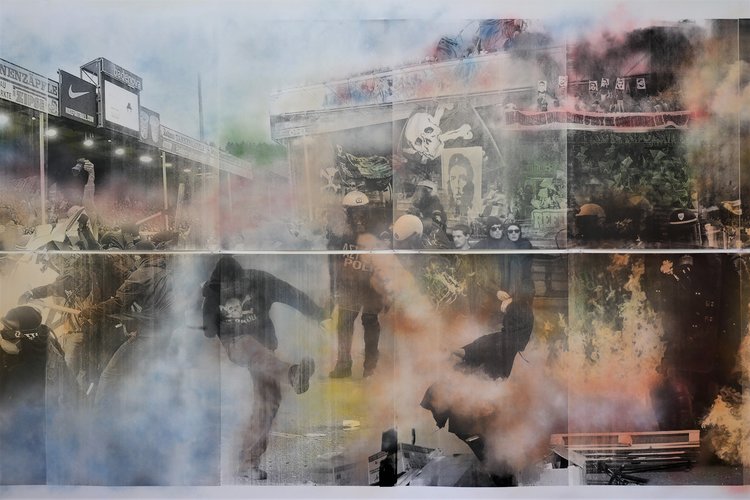 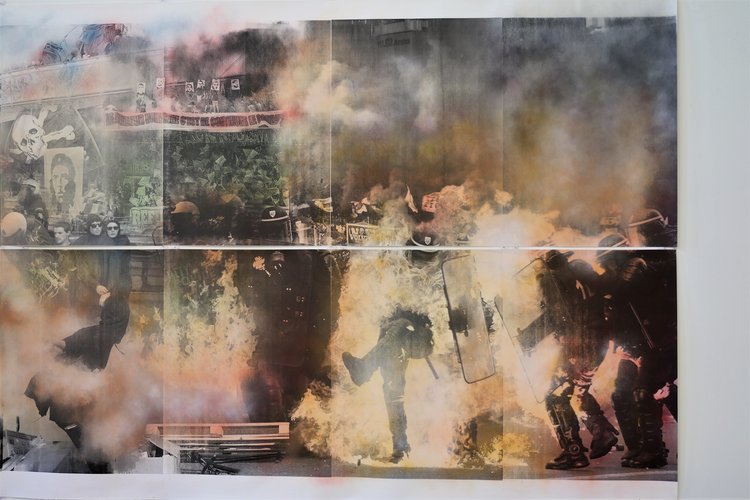 “The focus of my work is grounded in the emotion and the passion of the supporter culture that provides an outlet for political expression. Questions of identity and political communication is present but it is the act and the moment that is important, a suggestive rather than documentary approach. Developing a deeper understanding why football and political activism are interconnected ­a contemporary context. Its relevance demonstrated by the discussion around the Fear Derby, the role of FC St Pauli and its fans in political activism. The club and rivalry helps to substantiate the emotional involvement of fans in their club and political communication through football stadia. A physical forum and outlet for supporters in what is an increasingly digitalised world.

My own experiences are essential contexts for creating this work and provides an explanation for my own passion for football. The experiences as a football fan to hostile venues and witnessing violent clashes between fans provides an emotional framework for my practice. Understanding the intentions of supporters to promote their club and identity which lead to clashes with rivals who represent the antithesis of their own image. My experience allows me to create work that provides an engaging insight into the chaotic atmosphere of a football game. The introduction of political expression and antagonism adding another layer of cultural discourse and identity, another motivator for fan behaviour.”

Titled The Twelfth Man, Pank’s most recent major work stretches to examines the integration of football supporter culture and political activism through the depiction of violent protest within the cauldron of a football stadium. Pank explains: “The work draws on my own experiences as a football fan in Australia and watching games overseas, incorporating the emotional and political dynamic that I’ve experienced at different fixtures as a framework for the development of the artwork.”

Evan Pank was the winner of the 2017 Artereal Gallery Mentorship Award, awarded each year to one graduating Honours student from Sydney College of the Arts.

Pank was also awarded the inaugural Megalo Print Studio Residency Award and will subsequently be undertaking a residency in Canberra in May 2018.

These recent accolades follow on from what was a very busy and rewarding year for Pank. in 2017, Pank was selected to exhibit at The Other Art Fair Sydney in 2017 and was also awarded the 2017 Fremantle Arts Centre Print Award.