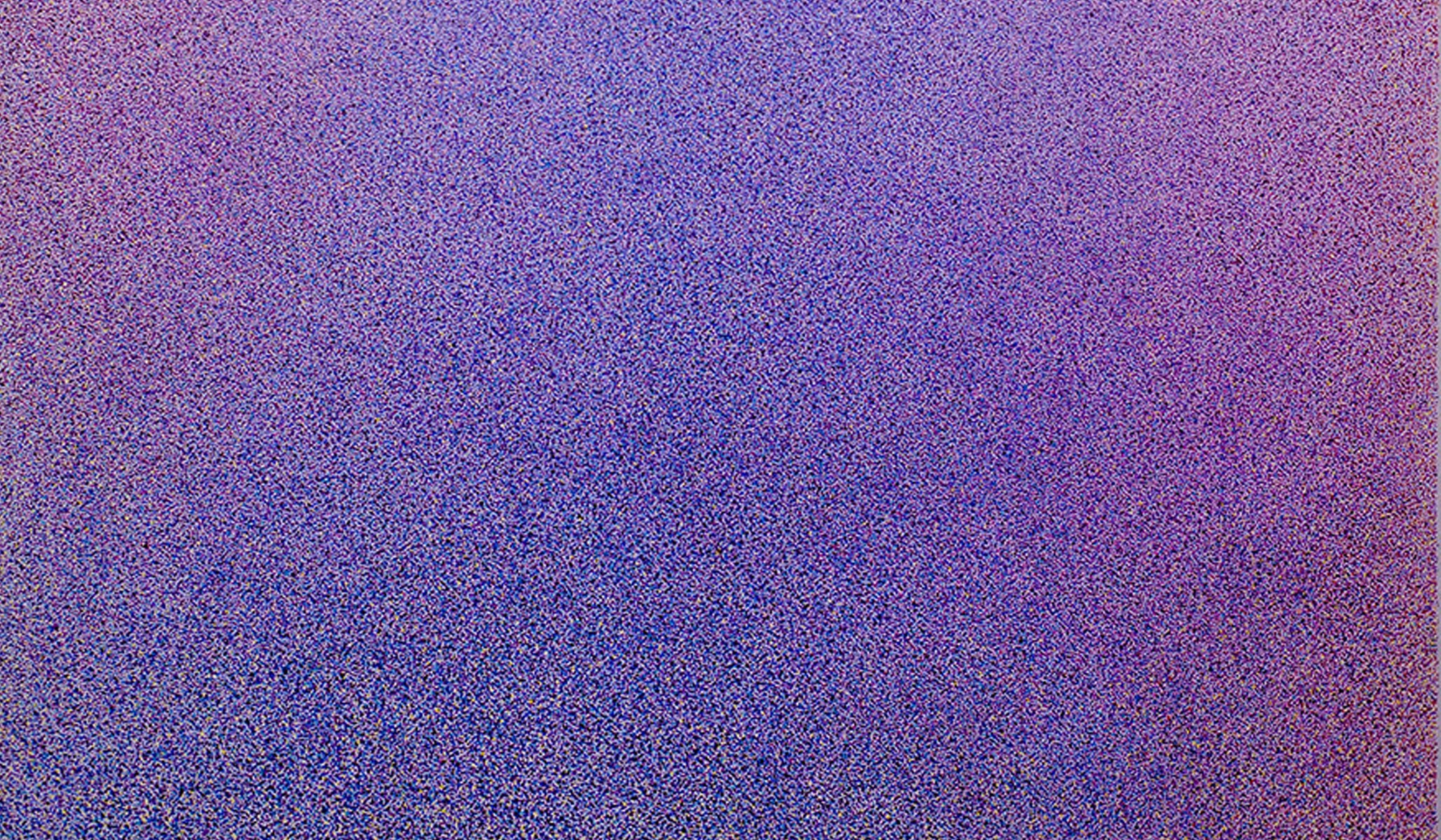 Elwira Skowrońska’s artwork is informed by recent philosophical and technological developments. Through a computationally-based approach that engages with digital aesthetics and advances in algorithmic notation, she explores the multi-dimensional physical and virtual nature of spatial infinity. Using an innovative combination of analogue and digital techniques across a range of media including painting, printmaking and video, her works invite the viewer into a world that reimagines the landscape of the sub-visible as a datascape of physical and virtual particles.

Grounded in an artistic tradition that investigates the visible world by breaking it down into its smallest components, Elwira takes inspiration from the neo-impressionist paintings by Georges Seurat, who investigated the chromatic foundations of pictorial space, and the contemporary digital art practice of Ryoji Ikeda, whose work navigates the nano-scale dimension of particles.

By integrating these approaches, Elwira transforms painting, printing and video into multi-coloured and multi-dimensional spaces characterised by an optical complexity. Her works evoke an infinity of physical and virtual minutiae that are invisible to the naked human eye. The end result is a body of work that expands the conventional understanding of infinity as a large-scale sublime space, revealing instead the micro infinity that underpins our visible world.

Elwira’s works have a powerful resonance, drawing the viewer into a field of unbounded energy. From a distance they appear as tenuous forms, yet as we draw closer we are rewarded with the discovery of a mysterious field of countless colour particles. In arousing a sense of wonder, her works unlock the sublime experience of minutiae.

Born in Poland, Elwira Skowrońska lives and works in Sydney, Australia. She has exhibited her work in Australia and Europe, including at the ZKM Centre for Art and Technology, and Art Fair Art Cologne, Germany. After graduating with Honours from the National Art School, Sydney in 2011, she completed a Master’s degree in Fine Arts at National Art School in 2014. Elwira was subsequently awarded the Tim Storrier Residency at La Cite Internationale des Arts, Paris. Over the last 5 years, she has developed a significant body of work for a practice-based PhD in Visual Art at the University of Sydney, to be awarded in 2019.