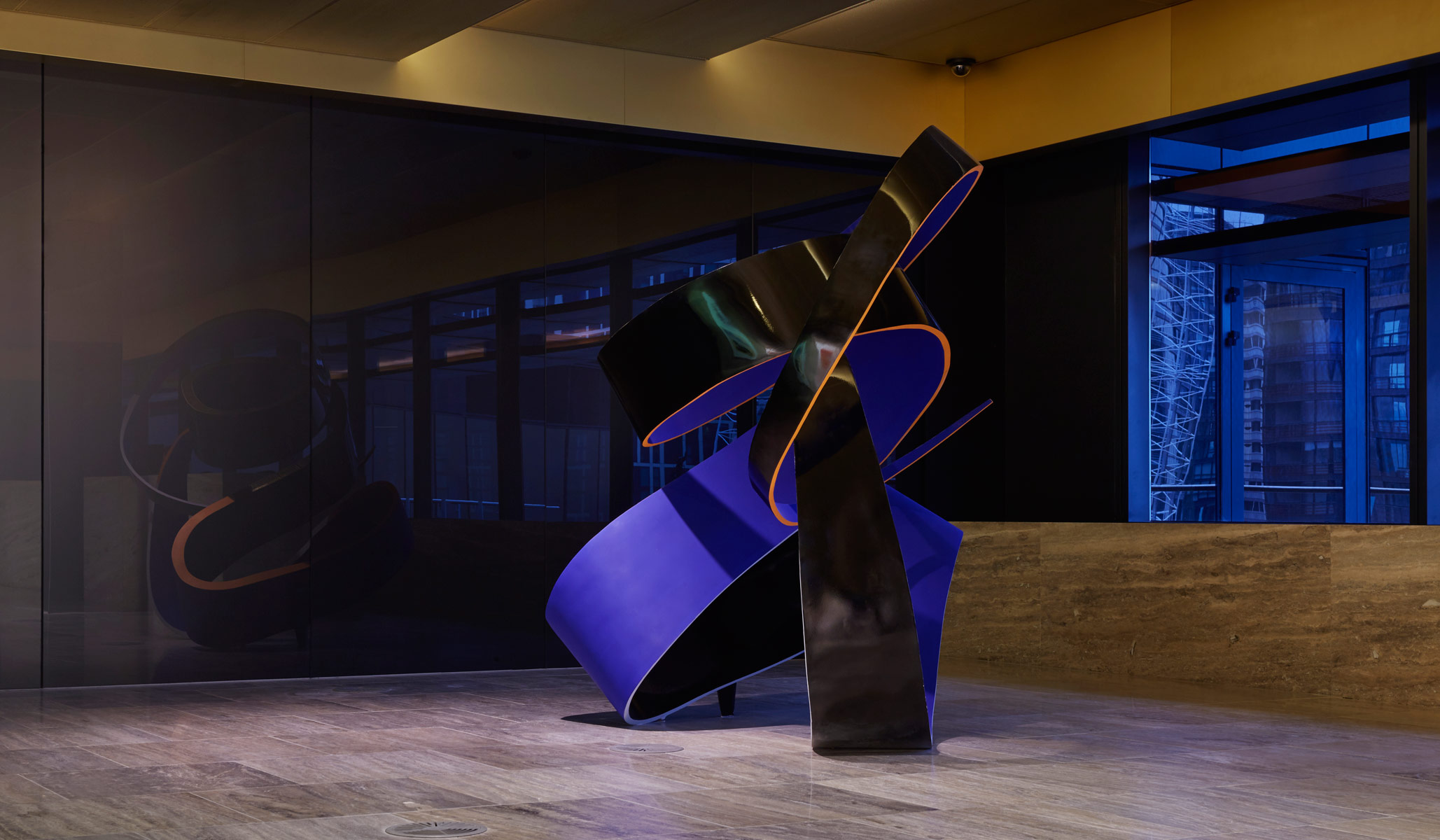 Congratulations to Yioryios on his recently completed large scale sculptural commission for ANZ bank. Commissioned by ANZ bank for their global headquarters at the ANZ centre in Melbourne, the 2.2 meter high stainless steel sculpture titled ANZ – Cobalt Blue, Black, Neutral Grey, Cadmium Orange & Gold responds directly to the architecture of the building in which it is located.

Yioryios’ organic architectural forms are grounded in the framework and mentality of painting but realised in the form of sculpture. Working with stainless steel and acrylic paints, the artist bends, folds, contorts and manipulates his materials – an almost choreographic and dancerly process which culminates in the creation of works defined by a sense of energy and movement. 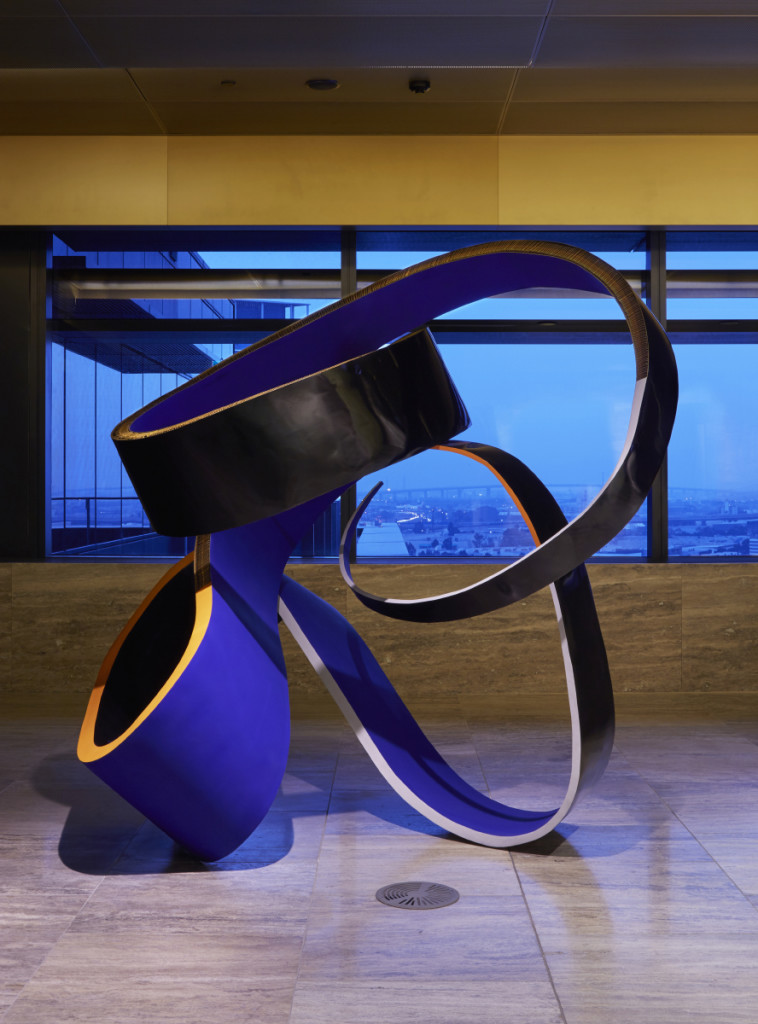 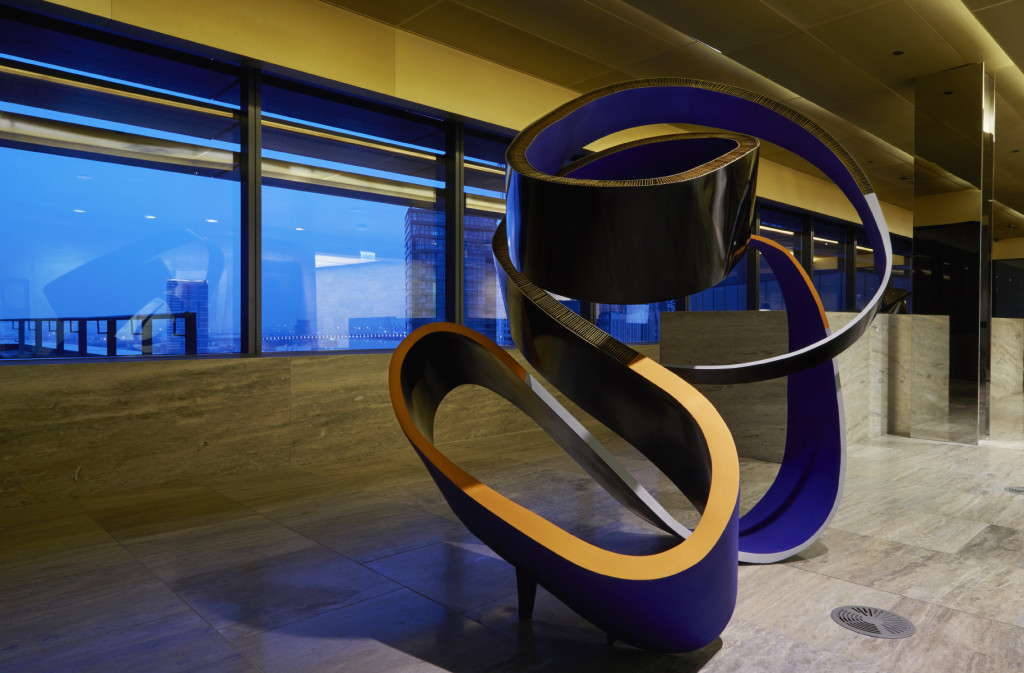 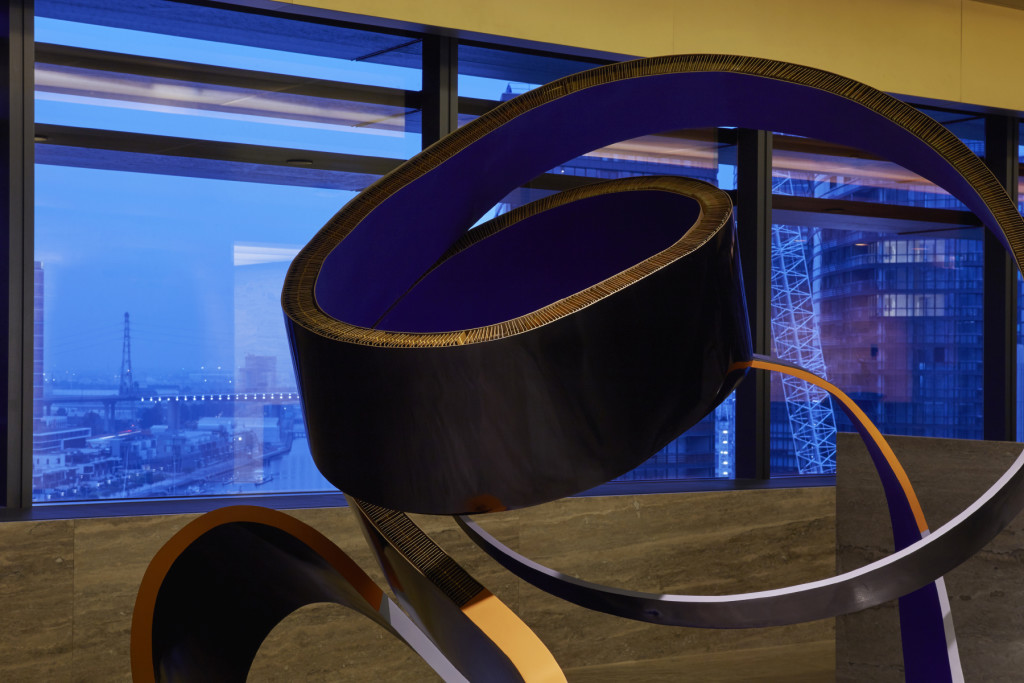 Yioryios is a Sydney-based artist whose work explores the boundaries between painting, sculpture and architecture. Graduating from the Australian National University with a Bachelor of Visual Arts with Honours in 2014, Yioryios has since held numerous solo exhibitions and been invited to participate in numerous group exhibitions at spaces such as Artereal Gallery, M16 Artspace and Belconnen Arts Centre. In 2015 and 2016 he was a finalist in the Woollahra Small Sculpture Prize. His work was recently featured in Artist Profile magazine and Habitus Living. His work is held in significant private collections both in Australia and internationally, and is also included in the collection of the Australian Embassy in Paris.