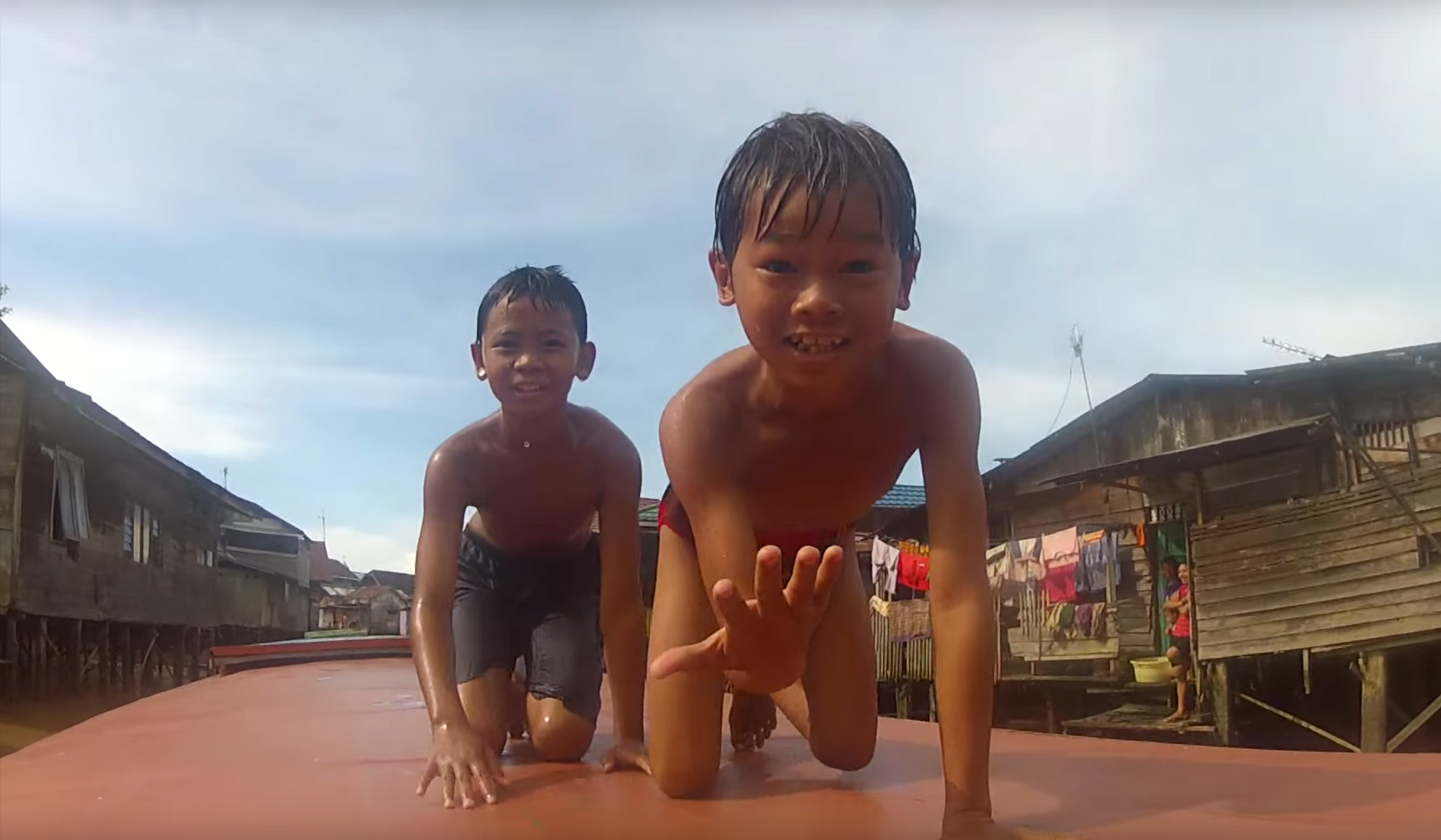 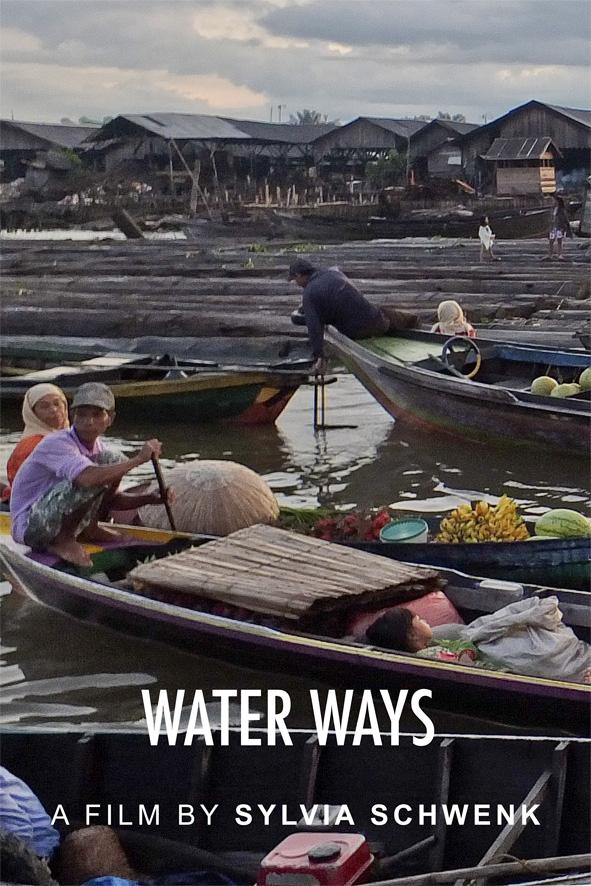 Congratulations to Sylvia Schwenk whose latest film Water ways will be screening at two film festivals over the coming weeks: the Croydon International Film Festival in London on 28 November 2015; and the 13th In the Palace International Short Film Festival in the National Palace of Culture, Sofia, Bulgaria, from 8 to 13 December 2015.

Water ways is a visual documentary that transports us into the lives of a community living on the rivers in Indonesia. The film shows a slice of everyday life, starting with a group of children playing in the wash of the boat; and a tangle of boats that ultimately leads us to the main protagonist of the film, an older woman who shares her point of view with us. This woman absorbs the details of life around her from the edge of a timber yard, as she completes her morning rituals. She takes us into her world, a textured and fascinating place that we are invited to experience.
Sylvia has also been invited to exhibit two of her films, A shared space and Sometimes awful things have their own kind of beauty as part of a group exhibition at Casula Powerhouse Arts Centre. Entitled Outer space and curated by Adam Porter, the exhibition utilises the idea of space as a metaphor to explore the limits and agency of the physical body and human existence within the physical environments.
A shared space is a visual documentary that gives a rare insight into what happens before and after a funeral service. The film opens on a graveyard on a beautiful serene sunny day. Grave diggers are working in a quiet, harmonious way preparing a grave for a burial. The birds are chirping, the sun is shining – but all is not as it seems.
Sometimes awful things have their own kind of beauty is a mesmerising film of a man the artist invited to perform in a maximum security prison. The man dances with a lawnmower to the music of a harrowingly beautiful waltz, in an area surrounded by perimeter fencing, alarmed fences, and razor wire.
Outer space will run from 5 December 2015 to 7 February 2016 at Casula Powerhouse Arts Centre.