Simone Douglas is currently presenting a solo exhibition titled Parallel Infinities at Parlour Projects in Athens, New York.
.
Curated by the Re-Sited collaborative (Melissa Bianca Amore & William Stover), the exhibition Parallel Infinities examines the paradoxical beauty that emerges from the intersection and parallel tensions between light & darkness, sight & site and proximity & distance. The exhibition will feature a selection from two recent series Ever and After, alongside Douglas’ renowned Eternal Return works. These images highlight the artist’s interest in examining “transitional states” and the primordial forces that navigate the order of nature’s cyclical patterns, such as, fire, earth, sky, water and light.

The two bodies of works Ever and After trace the lights movement across the Northern and Southern Hemispheres, with Everbeing created with the Antipodean surrounding waters in Sydney and After in the Catskills. In the exhibition Parallel Infinitiesthe two series, featuring both water and smoke, shadowing cloud-formations, fold and liquefy into a third in-between space.

In these works, where the horizon line meets in both hemispheres, water and fire become a hybrid of traveling light and reform into an integrated landscape. “In the Australian context out of which my work emerged, the historical association of light and knowledge takes on a particular dimension,” says Douglas. “This distinction, perhaps, may represent something yet-to-be-known, an unknowing to be overcome.”

Created from combining the techniques and photographic processes of both photograms and negatives, Ever reveals “light” as an inversion of both water and smoke, and as an infinite expanse of blackness. “Ever contains light refractions formed in liquid darkness with the movement of water made visible by the light emanating from the sun,” Douglas remarks. Comparatively, After reveals only water as the primary source of life’s rotational and celestial movement. In both series, however, “light” becomes both blackness and lightness oscillating in constant motion. “Upon moving to New York, I made several trips to the Catskills to engage with the histories of water, land and light of the Hudson Valley,” says Douglas.

As a punctuation mark to the exhibition, the wooden sculpture, Promise (Site), acts as a metaphor for a “torn-open-spine of a book” (1) or the skeletal structure of a boat, both functioning as a carrier of our collective histories and culture. Readdressing the question of how culture is transported and re-contextualized in distinct locations, Douglas’ practice also raises questions about authenticity and the politics of “image making,” and the activity of “seeing.” “Photographs are of something. Working with various photographic approaches allows me to consider the slippage between the real as perceived and the representational power of the photographic image and its evasive status.” Douglas says. “I wish to make visible a laggard oscillation between the recognizable and the abstract, questioning indexicality that is commonly seen as a condition of the medium.”

Installed in a historic house set back from the Hudson River, Parallel Infinities re-sites ideas of location specificity and cultural memory back into the medium of light and water. A catalogue essay written by acclaimed cultural art critic Zachary Sachs will accompany the exhibition.

Parallel Infinities is on view until December 8, 2019. 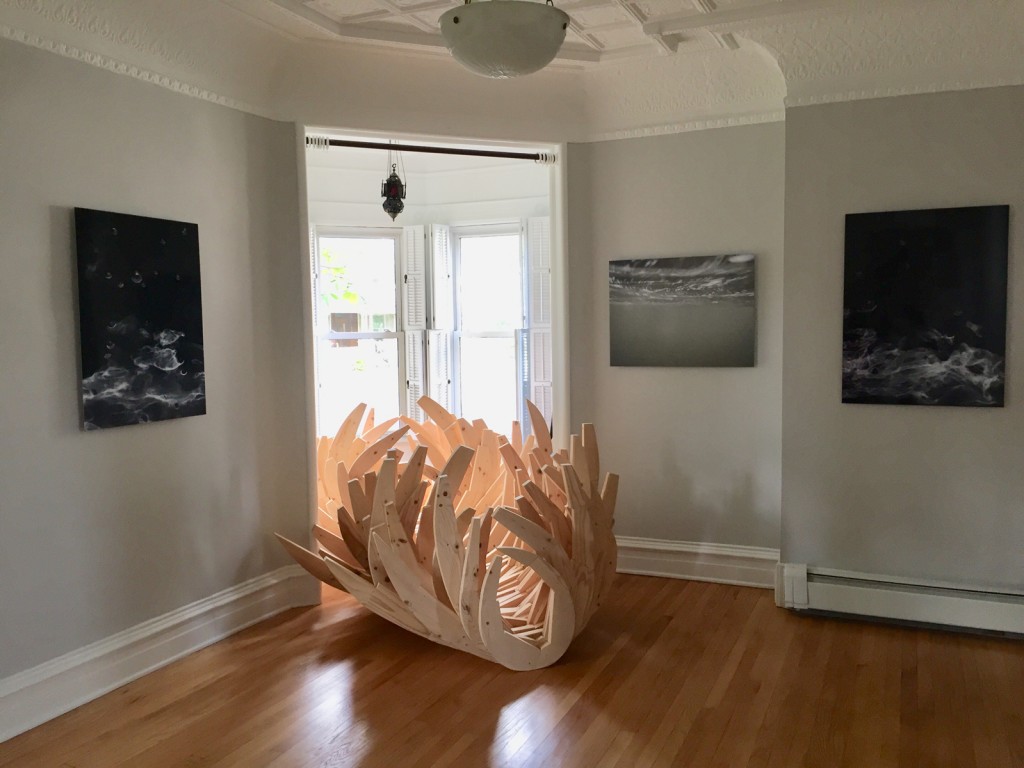