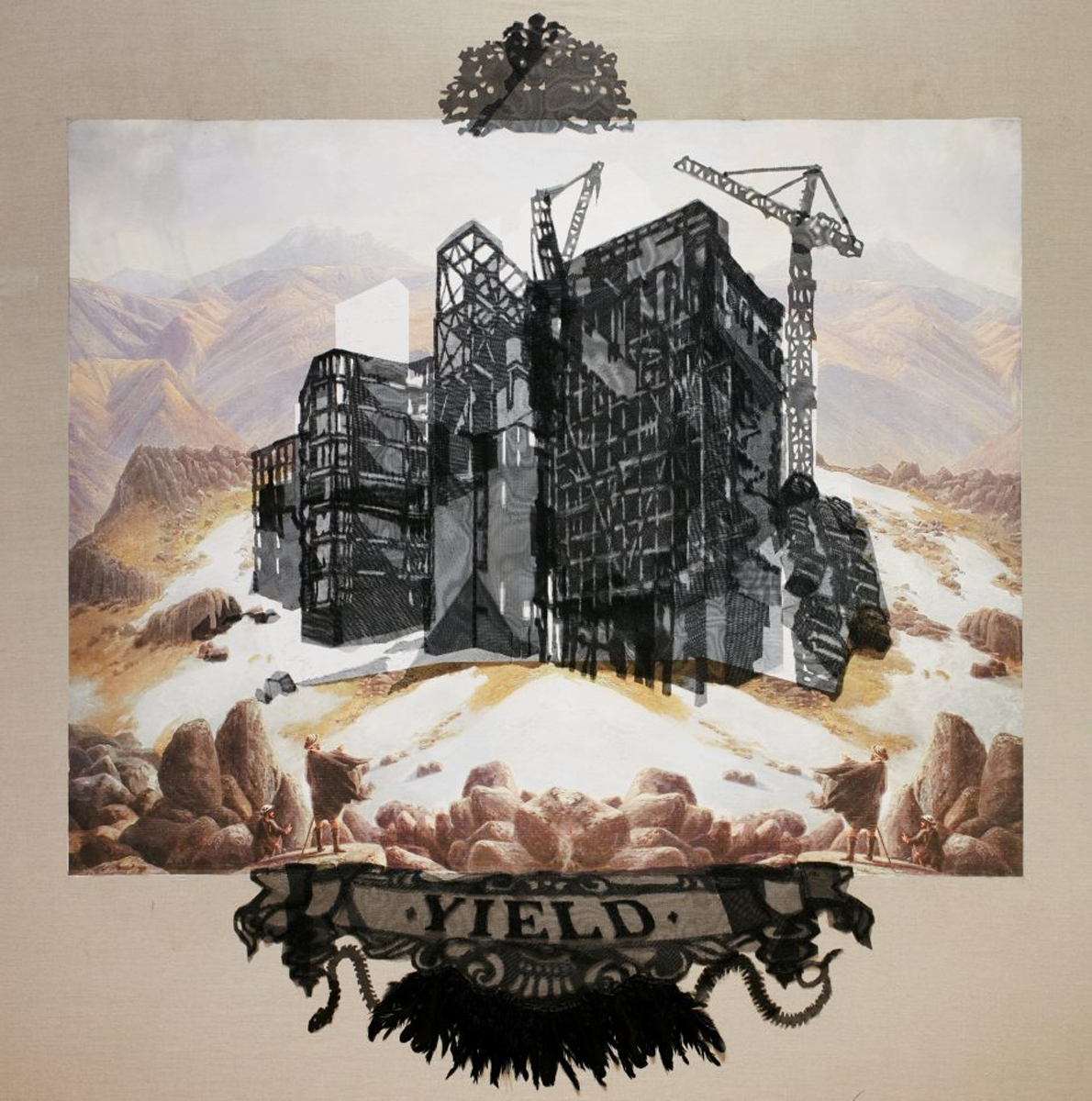 Congratulations to Penelope Cain on being selected as a finalist in the 2016 Sulman Prize for her work Proposition for a panorama towards the northern tops (Yield).

The Sir John Sulman Prize is one of Australia’s longest-running art prizes, having been established in 1936. Valued at $40,000 the prize is held concurrently with the Archibald Prize, Australia’s best-known art prize, and also with the Wynne Prize, at the Art Gallery of New South Wales, Sydney. The prize is awarded to the best subject/genre painting and/or mural/mural project by an Australian artist.

Speaking about her work Penelope Cain has described Proposition for a panorama towards the northern tops (Yield) as ‘part of an ongoing line of enquiry looking loosely at the contemporary urban landscape and incorporating a series of ongoing themes that I am interested in – power nodes and landscape of ‘the city’, the gendered performance of capitalism, and propositionally ascribing elements of the shamanic and dark magic to the apparently rational ‘economy’.

This work, Proposition for a panorama towards the northern top (Yield) , 2016, takes as its pivot point the famous nineteenth century painting  ‘North-east view from the northern top of Mount Kosciusko’ by Eugene von Guérard, and reworks a segment using digital and physical collage with paint, pencil, fiberglass mesh and feathers. I have used this point of reference to the history of sublime  landscape in Euro-colonial art to look at the opaque  nexus of land ownership, power and money in the city.

In this work I strove to interweave references to the current Australian apartment boom, contestability of publicly owned land and ideas around how the economy is ‘performed’, along with (shamanically) theatrical black feathers, ribbon and mesh. The text ‘yield’ intentionally refers to both economic returns and an act of penitent (and almost Biblical) submission- offering a proposition for their dissonant meaning in the battle for land, money and power.

The iconic painting of Mt Kosciusko seemed to be an amazingly appropriate work to open for reconsideration and to use as a pivot point for this investigation, and I have used it previously in a large-scale pasteup/ wall drawing for Hazelhurst Art on Paper Award, 2015. German-born Eugene von Gerard traveled widely in Australia and painted his romantic views of the Australian landscape through a late-colonial frame of reference. His sublime, wide landscapes, occasionally peopled with white settlers or Aboriginal locals stretches out beyond their frames. The Romantic notion of the Sublime within art history was in part a reaction to industrialisation and a loosening of the ties of religion and broadening of notions of humanism within the wider world. Nature was rediscovered as larger, wilder and more spiritually profound than previously noticed. And within this broader timeframe, in a safer Europe, wealthier Europeans traveled, and the idea of the panorama was developed in response, commodifying the experience of nature- to souvenir the views seen and experiences had, or to view for the first time, for those that could not afford to travel.

The wider long-term investigation takes as a starting point a text by (American land artist) Robert Smithson, from his project, “The Monuments of Passaic” (1967), in which he identified the decaying ‘ruins in reverse’ and ‘zero panoramas’, in describing the unromantic, anti-sublime, urban, industrial service-town near New York. In this text Smithson critically conflates the urban landscape with the outcome of macroeconomic actions, the romantic notion of the sublime and the ruin, and a glitching of the expected linearity of time. In this Smithson offers a propositional shattering of our rational expectations of urban landscape and the economy.”