Noula Diamantopoulosshines in the ABC’s latest documentary-series,
Space 22 premieres Tuesday 17th May at 8pm on ABC TV and ABC iview.

Space 22 explores the impact art and creativity can have on mental health, following seven individuals as they embark on an ambitious experiment to test if the simple act of creativity can help heal invisible wounds.

Premiering Tuesday 17 May 8.00pm on ABC iview and ABC TV.

The series follows seven strangers, each with their own lived experience of mental ill health. Supported by psychotherapist Noula Diamantopoulos, the participants will be joined by three well-known Australian artists, Abdul Abdullah, Wendy Sharpe and Eddie Perfect.

Observing the group from a distance, researchers from the Black Dog Institute measure the mental and social impact of each challenge. Space 22 is an original BBC Studios ANZ production for the ABC. 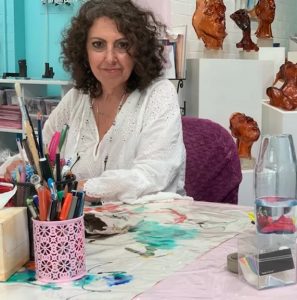