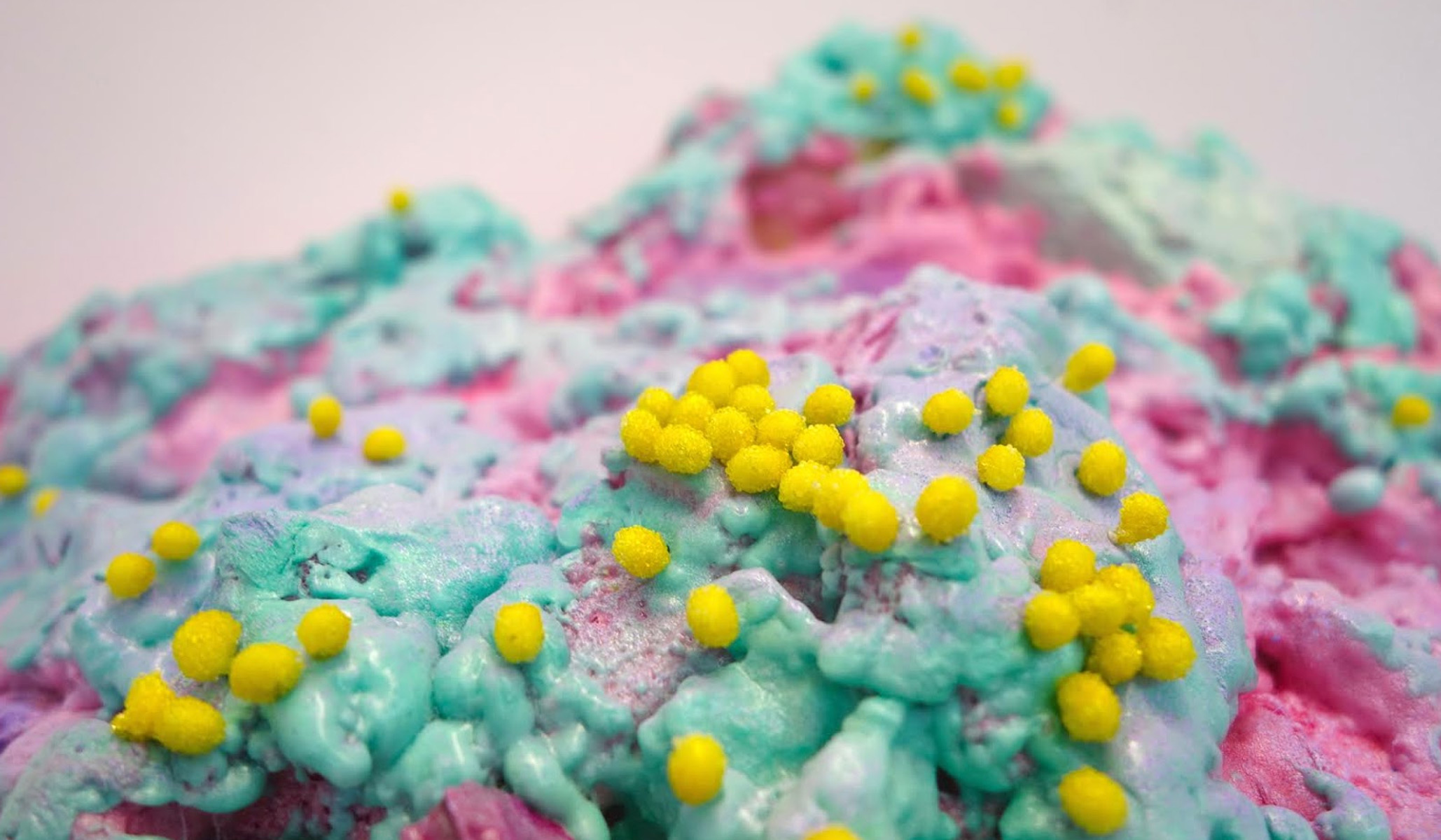 Louise Zhang_Here for more than a few moons (detail)_2015

Louise Zhang has been invited to participate in From Old Ground at Bathurst Regional Art Gallery.

Producing specially commissioned work spanning ink painting, installation, video and photography, each of the artists engages with the fragmented narratives and silent monuments of this important chapter in Bathurst’s social, cultural and economic history.

Louise Zhang_Here for more than a few moons (detail)_2015
Louise Zhang revisits the landscape of Golden Gully, located between Hill End and Tambaroora, where Chinese alluvial gold miners were particularly successful around the 1850s. Once a centre of social and economic activity, the landscape now lies dormant, with only subtle traces of Chinese miners’ circular shafts-silent monuments to the site’s past life.
Zhang recasts Golden Gully’s distinctive natural and human-made rock formations and orifices in acrylic paint, foam, plaster, polyurethane and resin. The fragments that result are presented as quasi-geological specimens, frozen in time yet bursting with the energy of a bygone era.

Louise Zhang_Here for more than a few moons (detail)_2015

Curator Joanna Bayndrian says: “This is a timely opportunity to uncover the lesser-known stories of a formative period in Australia’s history. These newly commissioned works focus on the remnant narratives of Chinese migration in the Central West. Collectively they actively shift the memory of the region’s Chinese heritage from the sideline, to the centre of public imagination. Importantly, From Old Ground acknowledges the historical depth of the cultural diversity that we celebrate today.”
From Old Ground has been funded by Museums & Galleries NSW’s Curatorial Support Initiative in partnership with 4A Centre for Contemporary Asian Art, Sydney. The exhibition runs from 27 November 2015 until 24 January 2016.