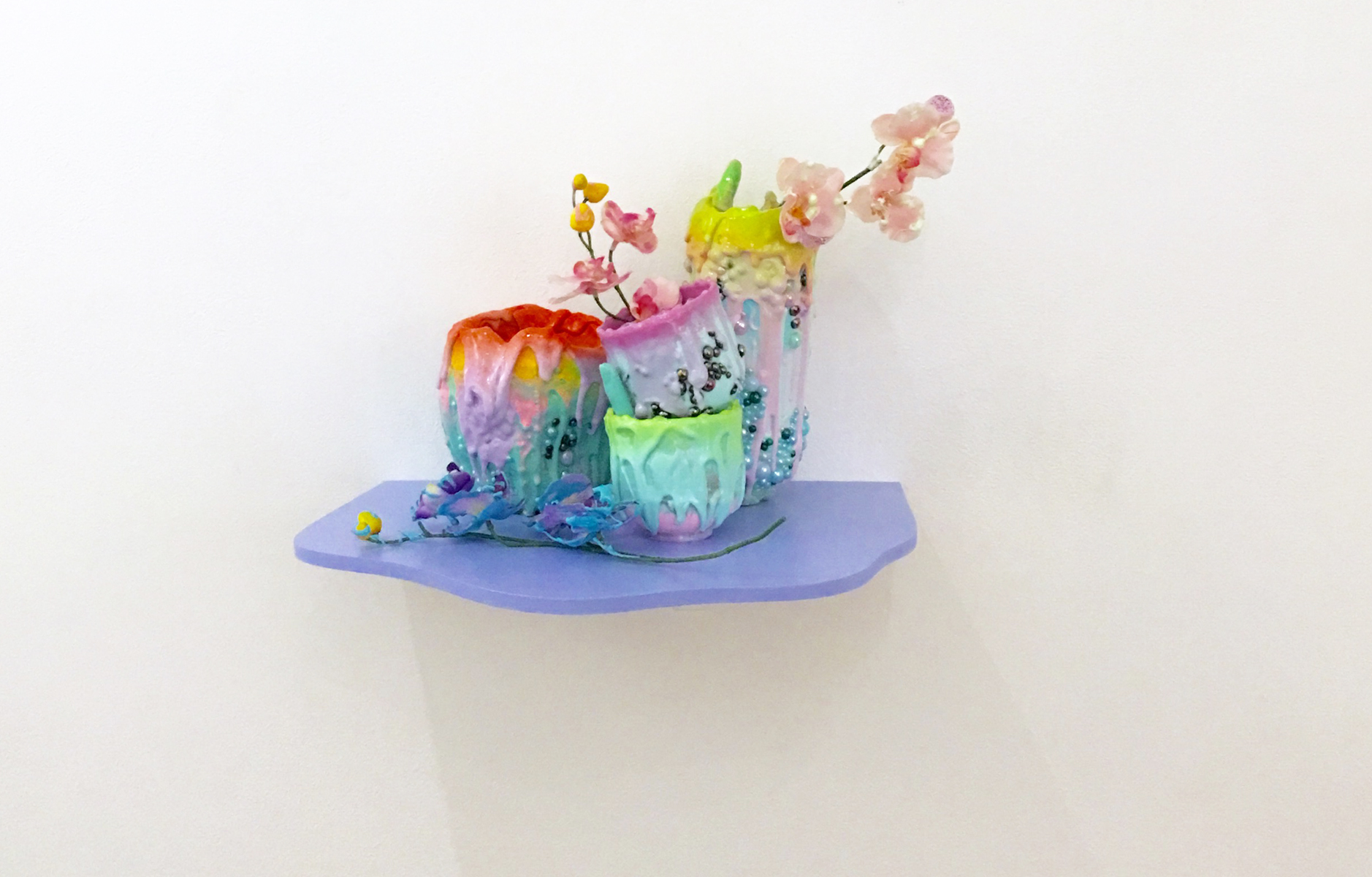 New Year Rot! is an exhibition by Louise Zhang bringing together this Nianhua (年画) imagery with the visual language of the realm of purgatory known in Chinese mythology as Diyu (地獄).

Nianhua (年画) is a popular kind of print in China adorning people’s doors to celebrate the new year and to act as a sign of good will that says goodbye to the past and hello to the future. A great portion of these print depict pudgy babies in states of low-key glee as they recline on giant flowers, rid fish or cuddle peaches; it’s a concoction of sweetness that just makes you want to spew up all over the place. New Year Rot! is an exhibition by Louise Zhang bringing together this Nianhua imagery with the visual language of the realm of purgatory known in Chinese mythology as Diyu (地獄). This project is a continuation of the artist’s recent research into how situating her desire to attract and repulse her audience is a consequence of the kinds of feelings the horror film

genre, and particularly body-horror, generates. For New Year Rot! the artist conflates Nianhua imagery with that of horror films in Mainland China, or more precisely their perceived lack as it is a genre marred by censorship laws discouraging the use of supernatural content. The central objective of New Year Rot! is then to visualise a horror so we can begin to understand how we feel about it.