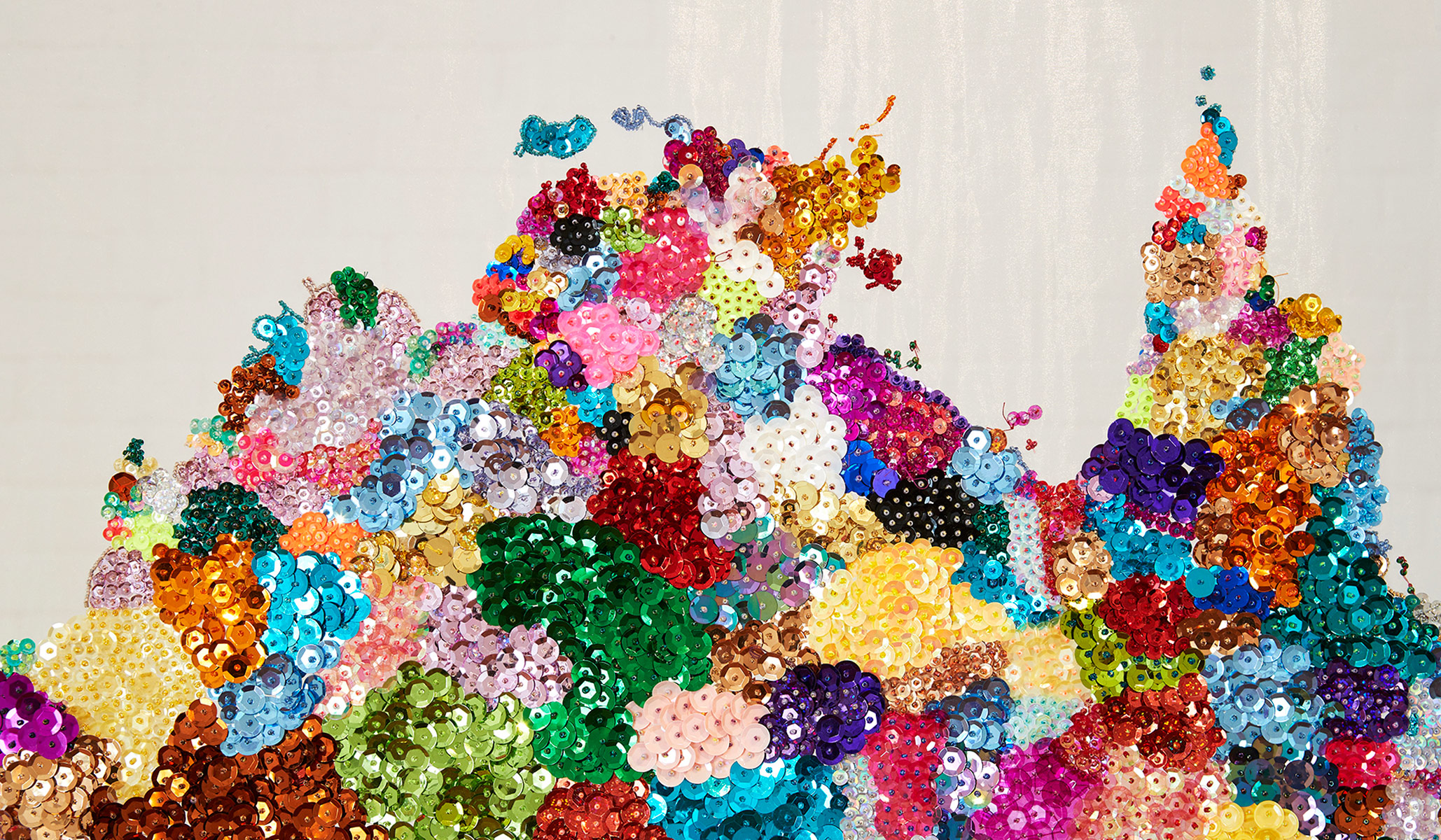 Liam Benson is currently included in ‘Just Not Australian’, a group exhibition which brings together 19 Australian artists across generations and mediums to deal broadly with the origins and implications of contemporary Australian nationhood. This exhibition is showcasing the sensibilities of larrikinism, satire and resistance to interrogate presenting and representing Australian national identity.

Included in the exhibition is Benson’s iconic work ‘You and Me’ – an embroidered and sequinned map that depicts the diverse Aboriginal and Torres Strait Islanders languages that span across Australia and it’s surrounding islands. Facilitated by artist Liam Benson between 2013 and 2017, members of the public were invited to participate in the creation of the work by hand sewing beads and sequins onto the transparent fabric as part of an intuitive effort to nurture and deepen our awareness of Australia’s cultural history and acknowledge the diverse First Nation countries and languages of contemporary Australia. 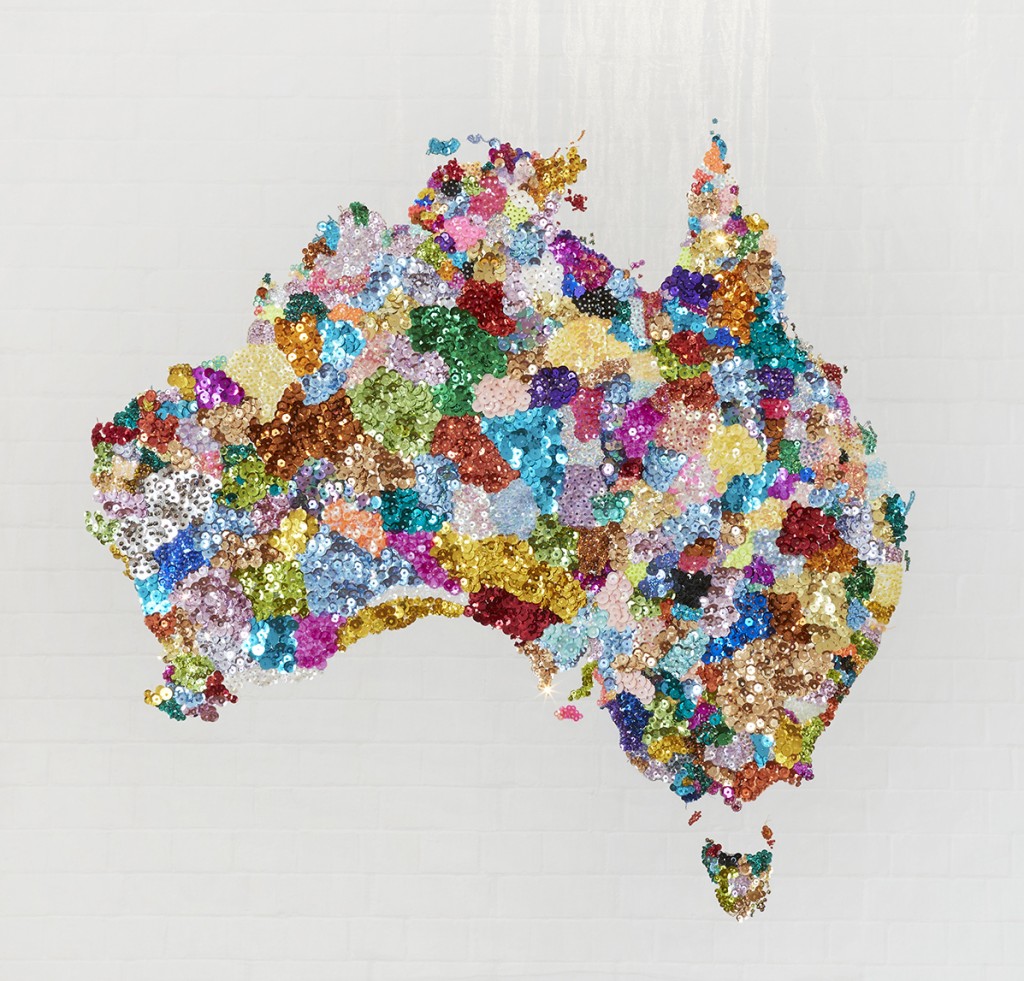 Just Not Australian brings together a group of 20 living Australian artists across generations and mediums to deal broadly with the origins and implications of contemporary Australian nationhood. This timely thematic show will look to showcase the common sensibilities of satire, larrikinism and resistance in order to interrogate and interpret presenting and representing Australian identity.

The impetus for this exhibition has come from the public discourse around its title, of what it means to be ‘unAustralian’. The exhibition engages with the moral and ethical undertones of this loaded rejoinder, that has entered more popularly into our national political lexicon, of how this is defined and by whom. Terror Nullius by Soda_Jerk forms the central focus point of the exhibition, a work that aptly looks at Australia’s national mythology, encompassing ideas of visibility and inclusion.

This exhibition took place at Artspace just prior to the official 250th anniversary celebrations for Captain Cook’s first voyage to Australia. This is an opportunity to engage critically with this moment in Australia’s colonial history and to examine the meaning of ‘arrival’ as a continuum within this country that has seen ongoing immigration historically and contemporaneously.

The exhibition opened as part of the Sydney Festival program on 18 January 2019, at Artspace in Sydney. The exhibition is now touring Australia, and is currently being shown at Wollongong Art Gallery, NSW. For the full touring itinerary, click here.