Congratulations to Kai Wasikowski, winner of the 2017 Artereal Gallery Mentorship Award – an award given annually to a graduating Honours student from Sydney College of the Arts. As part of this award Kai will work closely with and be mentored by the Artereal Gallery team for one year, before presenting a solo exhibition at the gallery in December 2017.

Kai Wasikowski’s art investigates what it means to be ecologically aware and connected to place, pondering the intrusion of technology and human production on certain ideals of nature, and new ‘emotional’ environments these factors create.

Three distinctive works by Kai Wasikowski in the SCA undergraduate degree show reflect different stages of his research during his Honours year. A signature lenticular photograph, ‘Looking with a forked tongue’, depicts the beauty of garden foliage with a 3D optical effect that creates an undulating depth of space. His second work, a wall sculpture titled ‘In-tension’, is a linear display of fishing rods that feed into each other, held in a state of constant tension. The third work, an installation called ‘Global climax (tunnel vision)’, constitutes a telescopic view of a video work concealed within a three-metre pipe of rolled Axminster carpet. 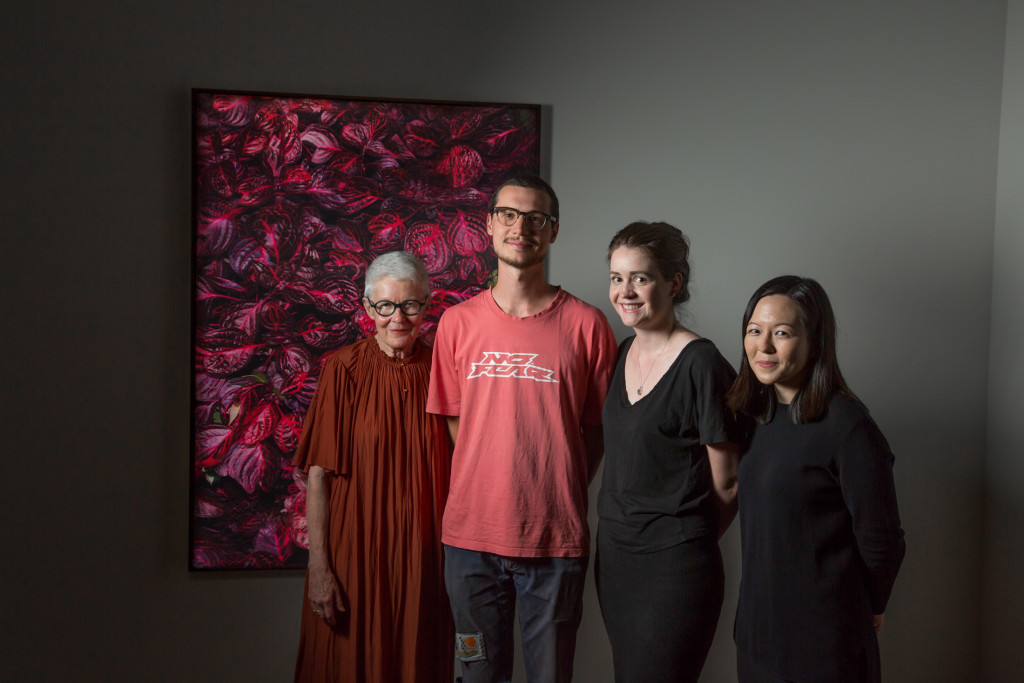 SCA Acting Dean Professor Margaret Harris commented: “Kai’s diverse artwork crosses photography, sculpture and mixed-media installations, and is embedded in a deeper vision that is contemplative and visually intriguing. He exhibits great talent and maturity. It will be exciting to watch Kai evolve as an artist, as he is exposed to more opportunities within the greater Sydney arts community next year.”

Artereal Gallery Manager and Curator, Rhianna Walcott said: “Kai’s work perfectly captures our contemporary experience of the natural world. Through his almost hyper-realist and visually-striking representations of nature, Kai expresses the slightly disconnected and mediated way in which we view and perceive nature – taking the familiar and rendering it unfamiliar.

“As an emerging artist, he has created a sophisticated body of work underpinned by concerns that are of increasing interest and relevance to contemporary artists – the tension between humanity, technology and the environment. The strength of this conceptual underpinning and the experimental, multidisciplinary nature of Kai¹s work immediately captured the Artereal team’s imagination,” she said.

The Artereal team looks forward to working closely with Kai Wasikowski in the months ahead.