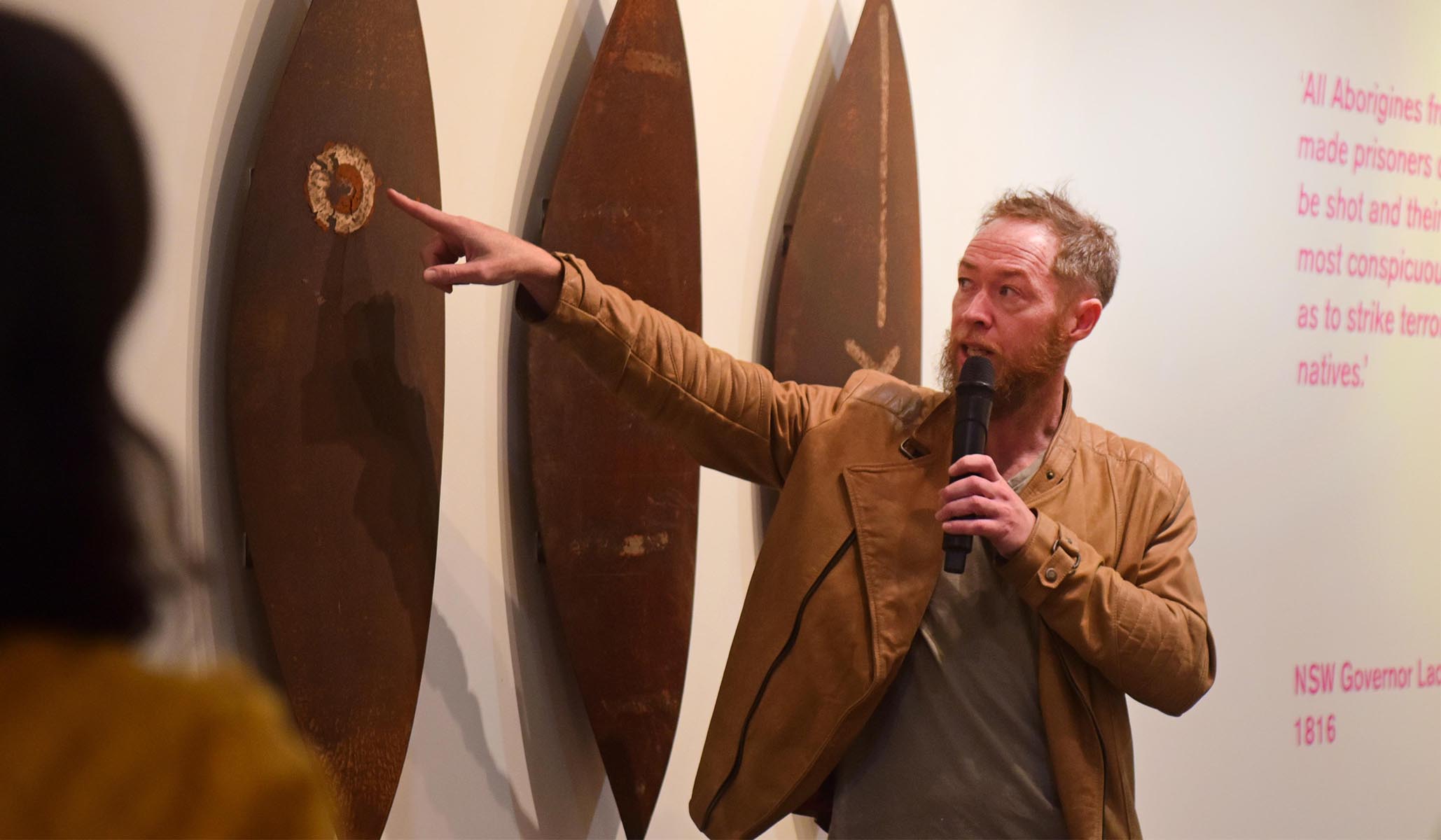 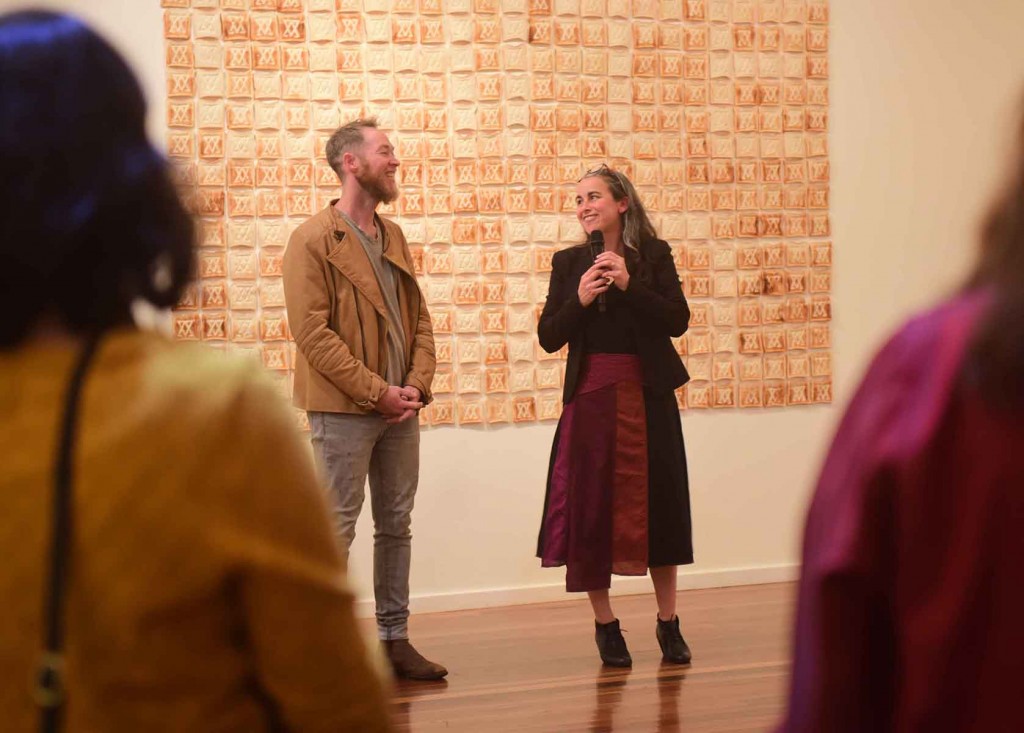 Jason Wing strongly identifies with his Chinese and Aboriginal Biripi heritage. Wing began as a street artist and has since expanded his practice to incorporate photomedia, installation and painting. Influenced by his bi-cultural upbringing, Wing explores the ongoing challenges that impact his wider community. Calling into question our understanding of history and of our current socio-political reality, Wing repurposes everyday objects and imagery, creating works that are both visually confronting and deceptively simple.

What binds us… has developed over many years with Jason spending time on Country, reconnecting with family and place, creating new work and exploring the intersection of Aboriginal and non-Aboriginal people. In a sense this exhibition is about a homecoming, walking in the footsteps of ancestors and re-connection to family. Wing’s experience of practicing culture, listening to Country, exploring cultural object making cements further cultural understanding. Wing’s work challenges audiences and pushes concepts which will resonate long after you have viewed them.

What binds us… is on display at Manning Regional Art Gallery until to 21 July.

Wing is also currently exhibiting work at MONA, Tasmania, as part of Mine, by New Zealand artist Simon Denny. The show reflects on mining as a reflection of hope and anxiety about the environment, technology, and development. 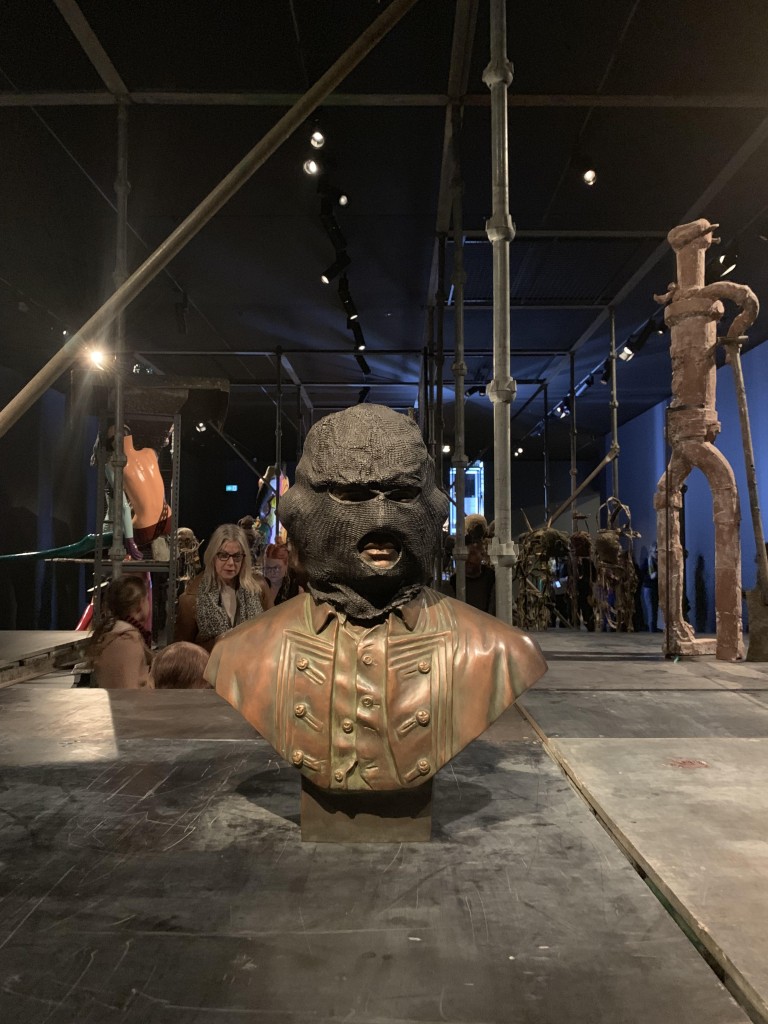