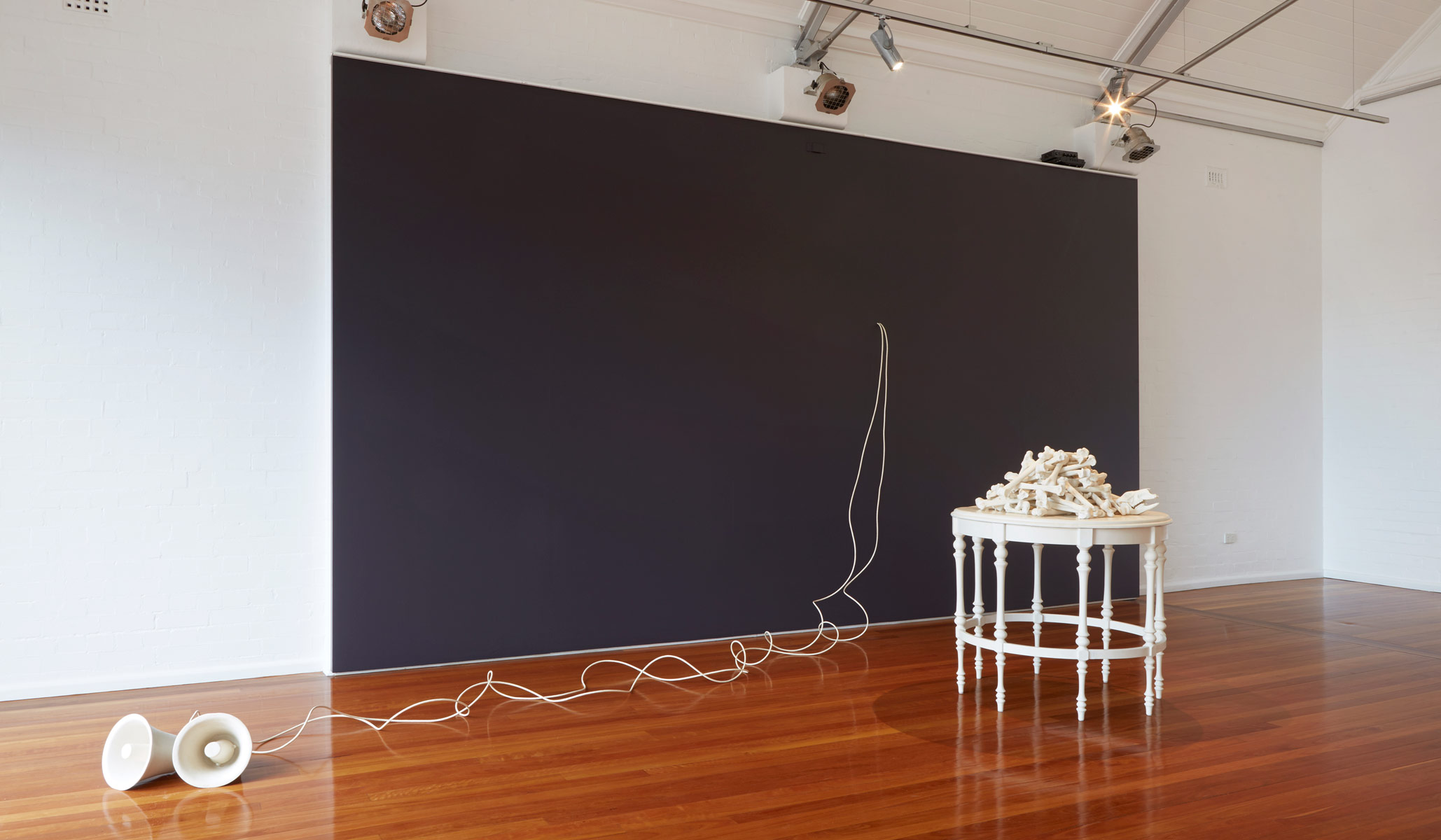 Hayden Fowler
Acquired by the National Gallery of Australia

Congratulations to Hayden Fowler, whose major installation work Australia was recently acquired by the National Gallery of Australia for their permanent collection. 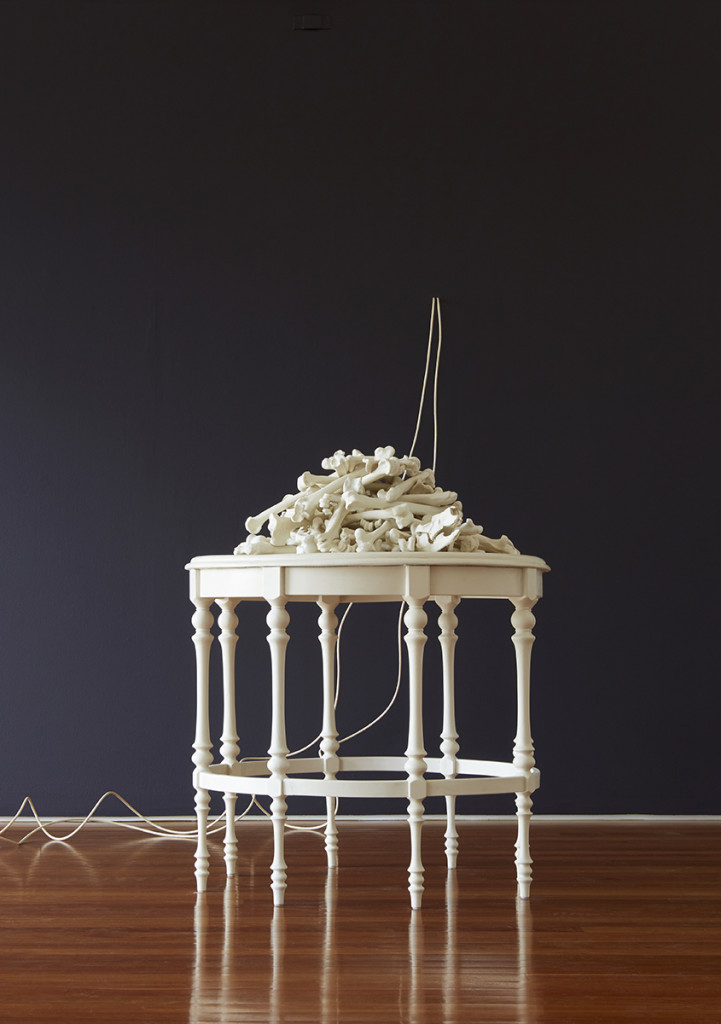 In the work an intricate, circular table holds up the piled bones of Australia’s past. This colonial- styled relic appears too as sun-bleached bone, suggesting the fated dependency of a malignancy on its host. However, the insistent ringing of cicadas portends a timeless resistance and a claiming back, an idea that the spirit of the continent will one day thrive again.

This work was originally commissioned by the New Landscapes Institute for the The Long Paddock exhibition in 2017.