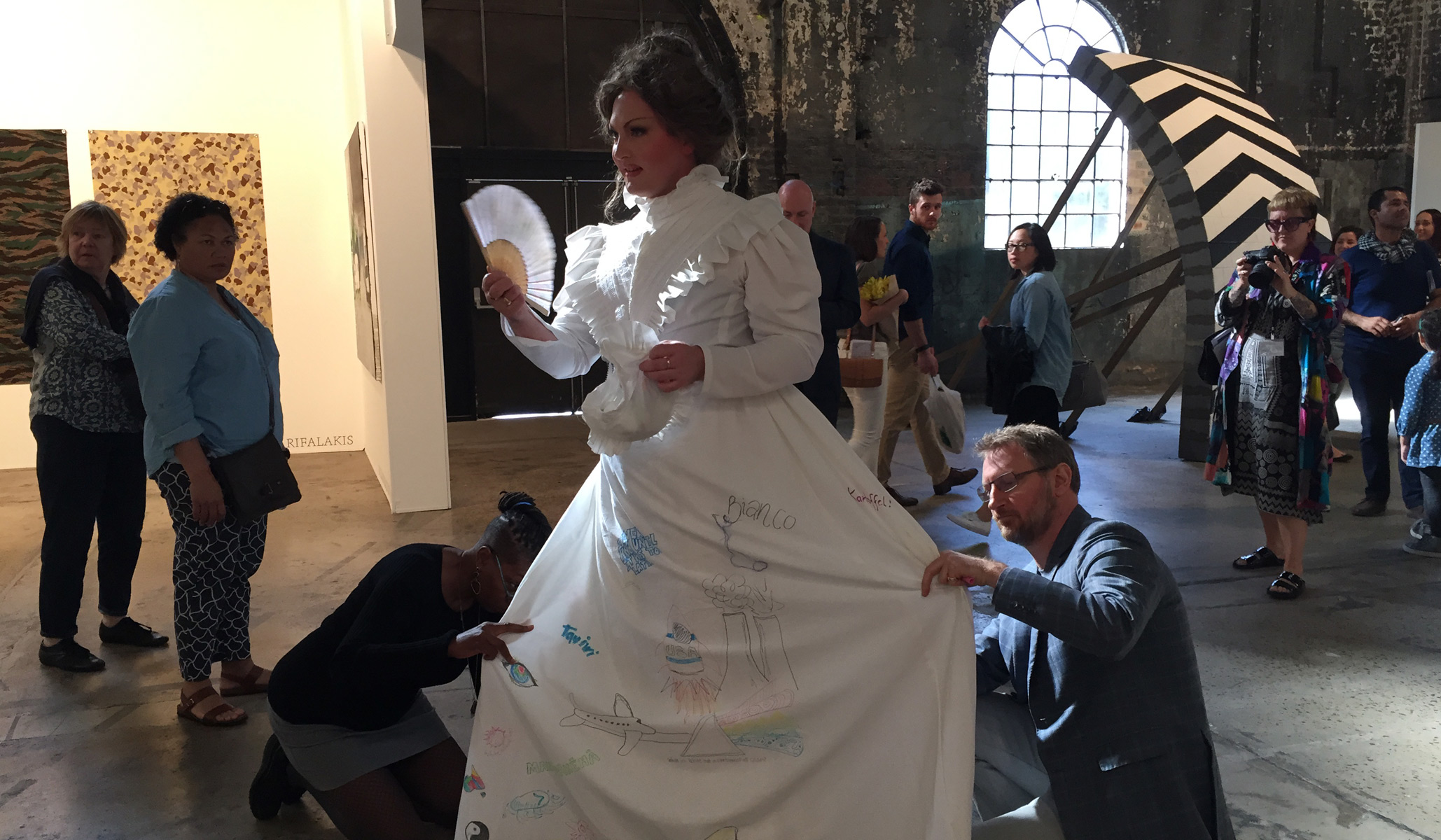 In line with our 10 year anniversary celebrations, and to coincide with the opening of our group exhibition X / I, Liam Benson will be performing live in the gallery on Wednesday 2 March from 6-8pm.

Dressed in a handmade ivory Victorian gown, Benson will inhabit thefaçade of a ‘white lady’ and rove throughout the gallery stopping for periods to talk and embroider with visitors one-on-one. Visitors will be invited to discuss their opinions surrounding the notion of whiteness and contribute to a live sequin and thread embroidery session with the artist, on the dress, while others look on.

Liam Benson is a performance artist who documents his work through photography, video and new media. Benson’s work deconstructs the social perceptions of gender, race, culture, sexuality and identity by cross- referencing art, popular culture and media language. He mines the visual language and communication formats of advertising and popular media to document his performances as both still photographs and video for a form of contemporary myth making.

Liam Benson has been exhibiting and performing since 2002. Benson also regularly works in collaboration with Naomi Oliver as the performance based duo, The Motel Sisters. His works are held in significant public and private collections and he has previously been awarded numeroussignificant art prizes including prestigious Josephine Ulrick and Win Schubert Photography Award; the Hazelhurst Art on Paper Award and the Fishers Ghost Art Award.