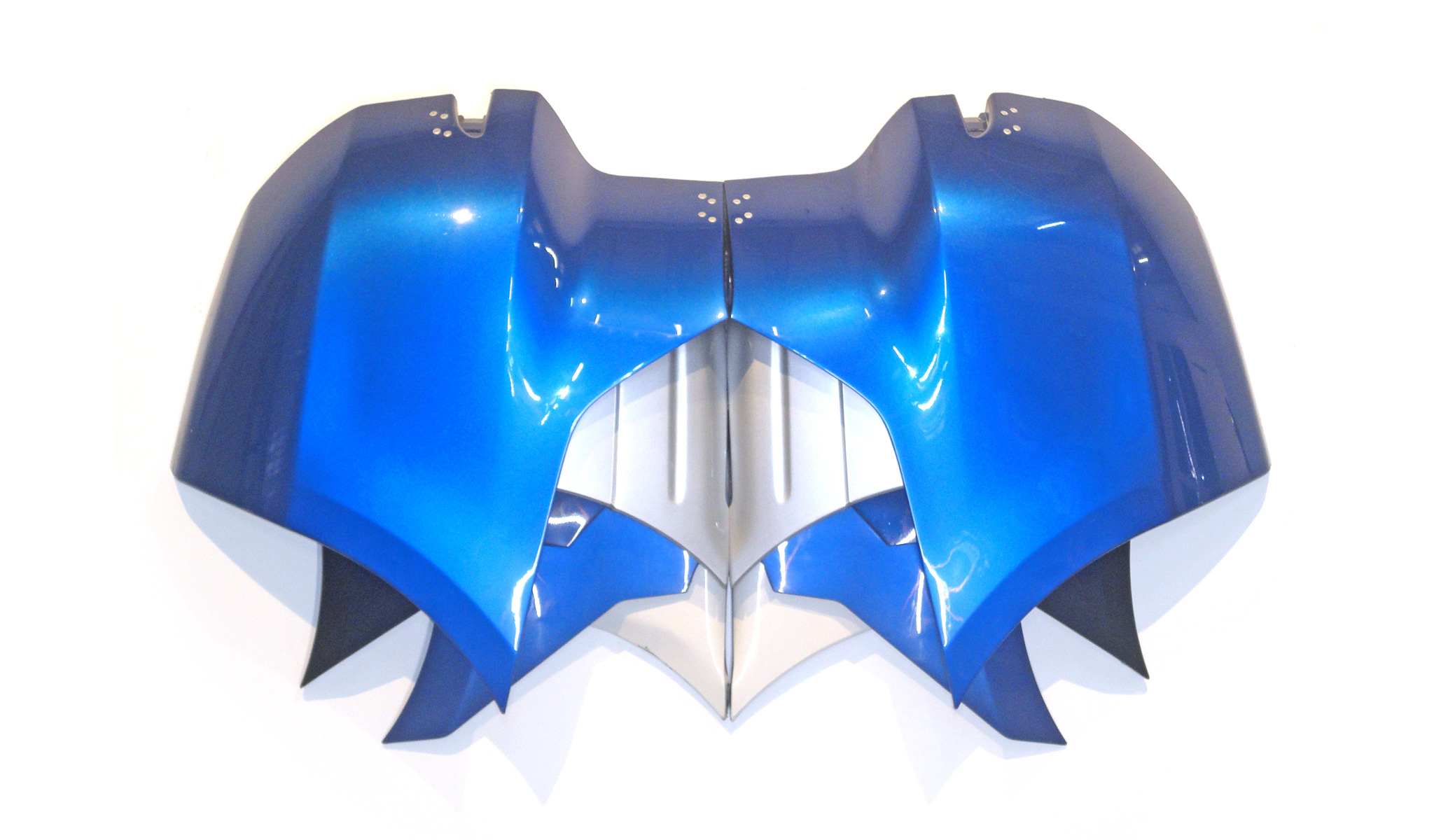 Women’s curves, shark-fins and other natural forms have long been elements in car design. Turning the tables, sleek, glossy, immaculate automotive body parts are assembled and moulded by Daniel Wallwork to form the lustrous, sci-fi bugs, beetles and butterflies in Urban Entomology at Artereal Gallery.

His inspiration is the glittering insect life, including a mating pair of Australia’s largest and rare Birdwing Butterflies that inhabit his tropical back garden in Cairns. He has also transformed myriad coloured car bumpers into a monumental shark fin rearing out of the sand of Tamarama Beach for Sculpture by the Sea 2010. The automobile is often a focus for concepts, such as progress, environmental threat, social hierarchy and economic instability and masculinity. In his sculpture, Daniel Wallwork utilizes car body components to expose a seemingly vulnerable underside and brutal beauty and to underscore the relation between man and nature.

Wallwork’s sculptures not only embody the beauty and mechanistic brilliance of design in the natural world but integrate the essence, colour, forms and contours of the landscape habitat of his insect subjects. He sees this play between the organic and the man-made as part of an evolutionary process where the relationship between the natural and the manufactured is two-way. As industrial objects become more organic, so animals may become more ‘industrial’. Daniel Wallwork has recently completed a major commission for the Cairns Airport and his works are held in significant public and private collections.