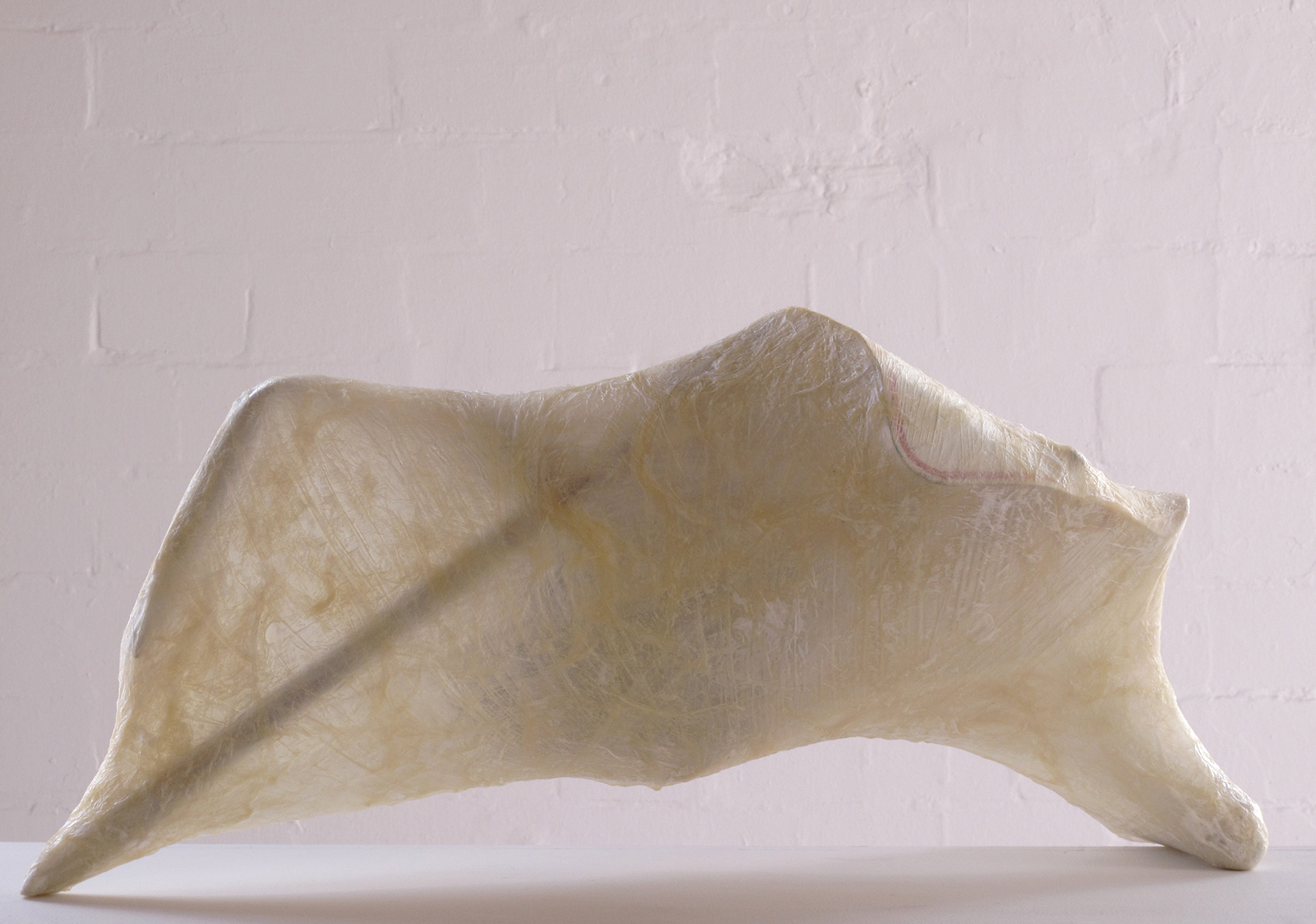 Gary Deirmendjian’s sculpture embodies a form of forensic urban archaeology; seeking out the objects and detritus of everyday living, aligning this with close observation of social attitudes and political mores and the compelling strength of the life force. He interprets and overlays these objects and attitudes with an artist’s eye and consummate maker skills.

His art practice is expressive of his persistent and lifelong questioning and thirst for a truer worldview. Tearing through the layers of his own conditioning and prevailing practices and attitudes, and mindful of present day production and consumption, he has developed an acute sensitivity to hypocrisy and contradiction: From the moment we open our eyes, in any time or place, we are conditioned into our tribal ways. We are shaped and driven – it seems always by the benefiting few, to belong, behave, preach and defend – ultimately with our lives, the given faiths, ideologies, flags, the endless ideas that end in –ism or –acy, or even the jerseys of people playing with balls.

Mine has been a grinding arrival at the felt simple truth that we are all of the same kind, extremely small and largely lead. Existence, as nature often reminds us, is limited, precarious and incidental. ‘Skin’ used in the context of this exhibition can be a metaphor for a blanket that is at once stifling and a comfort, or a force that pushes you down. It applies equally to social conditioning and notions of personal freedom; how attitudes and beliefs impact on us – forming for some merely a veneer, a protective carapace, or as total constriction of extremist rule for others.

i see you pol pot is a pyramid stack of ceramic skulls, rendered by the artist as both blind and deaf without eyes or ears. Each one, shrink wrapped as though supermarket produce and laid on a wooden pallet used for storage and haulage, is a potent and poignant commentary on the implications of the imposition of totalitarian social models and the terrible power of military style ‘cleansing’ regimes. Democratic lands of plenty have their victims too.

limited supply – type ii is another eyeless and earless ceramic skull encapsulated in a plastic shopping bag membrane, typical of bags distributed worldwide in the billions by supermarkets and shopping centres for buyers to carry away their goods. It is a resonant, eerily quiet paean to the impact of rampant consumerism on humanity and the environmental potential for global asphyxiation.

again born a resin portal that houses a green plastic alien astride the entry while inside a gilded newborn rests on a bed of straw. Is it perhaps indicative of a breakout beyond conditions of birth, a burning of bridges, or maybe a new being teetering on the threshold of possibility?

as they fell – yarranabbe 1, 2, and 3 is a group of assemblages made from the restraining wire cages, called ‘muselets’ from the popped corks of champagne bottles discarded in Yarranabbe Park by revellers watching the fire works explode over Sydney Harbour on New Year’s Eve. When encapsulated in his works with a mantle of resin, the artist ironically notes: “… they have a sameness and uniqueness, like homeless people that take on the form of the ground on which they lie”.

The formal geometry and social, political and conceptual underpinnings of a series of sculptures which include end blind – crazy dancer, no crutch standing – arch, and keep left – sail is cleverly reflected in the texts of the salvaged translucent road signs and the everyday purposes of the objects that form the skeletal structures entrapped in the taut, veined, not-quite-opaque, web-like casings that order their outer forms. Gary Deirmendjian paradoxically found impetus for the ‘political’ skin works in nature. Watching a spider enmesh an insect victim, he felt it to be a process that graphically emulated the restrictive and crushing force of overly regulated systems and social conditioning.

Fundamental to all of Gary Deirmendjian’s ’skin’ works is the artist’s observation:
Will the evolutionary life force prevail?  Can it break through the stultifying placenta and onslaught of our rationalised, packaged, consumerist society and survive this shrink-wrapped regulated existence? Or perhaps like those gone by, this way of being too shall pass … and not without consequence.