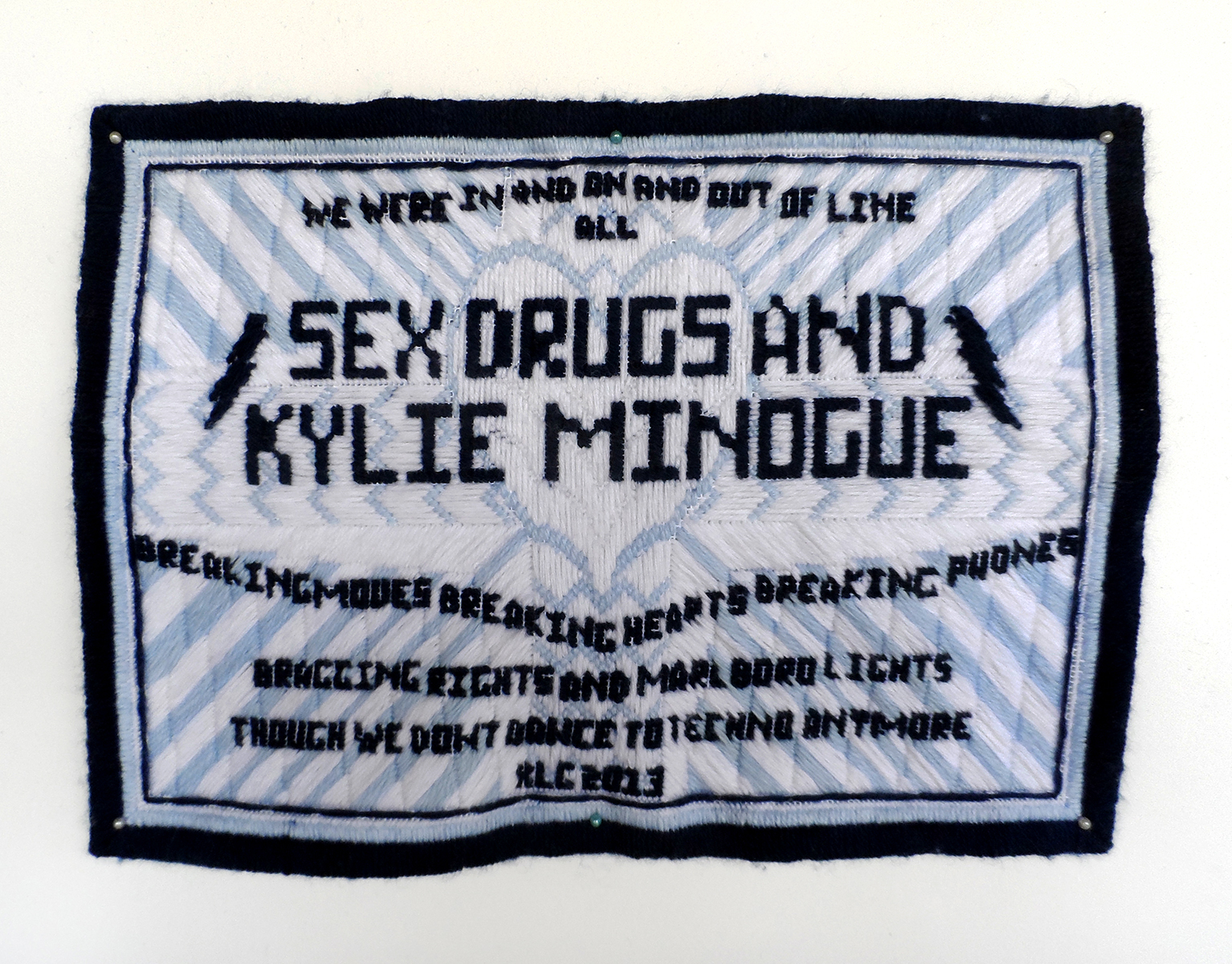 When I first came across both Grogan’s and Benson’s work I was immediately excited. I felt we as a society had pushed through a new frontier – that difference was something we could be proud of. 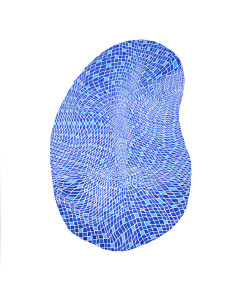 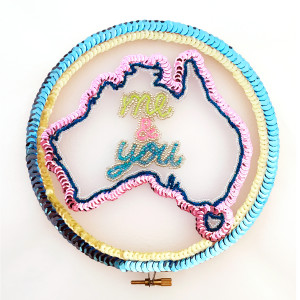 Appropriation had taken place in the 80’s and this looked like the ultimate and final acceptance of our diversity while simultaneously acknowledging our sameness. What I found most exciting was this free-spirited individualism. I wanted to support the approach these emerging artists were taking. Same Same affirms my continued belief in both these artists and the contribution they make to how we understand, or don’t understand, one another. It is not entertaining or easily consumable and there are no easy answers. The proposal however is incredibly rich, multilayered, intellectually complex and forever debatable. 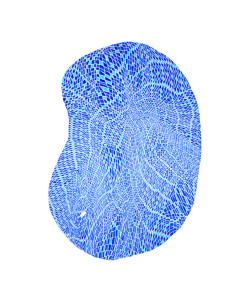 For this exhibition, Lucas Grogan and Liam Benson borrow from each others visual language, aesthetic and experience. Inspired by the backlash Grogan endured following his first exhibition in Sydney (SafARI 2008) in which both artists participated and where they met, Same Same takes as its starting point their respective research into the semiotics of a double language, socially accepted norms and the polarities inherent to binaries with a particular focus on gender and nationalism.

Grogan continues to develop his irreverent personal narrative in the form of “off-beat-gay-bush-poetry”, using references Benson has previously worked with including Kylie Minogue. Grogan also continues to work with motifs that influence him. While certain elements in the diptych We Was Here (Billabong and Swimming Pool) drawings are but a quotation on previous works, we see a continued influence of pattern making. The ambiguity inherent to these patterns will raise more questions than answers, but that’s what makes them so enigmatic, particularly within the context of this exhibition.

Grogan’s work is important to Australia’s discourse on cultural exchange and definitions of nationalism. As a non-indigenous person exposed to and influenced by Aboriginal art, Grogan accepts the power Aboriginal art has on him. Grogan’s downfall was to believe he could openly incorporate his profound appreciation. Grogan never pretended to be anyone else except for himself; An Anglo, gay, Australian, male, growing up in a deeply religious family. As Grogan put it, “I thought it was a ridiculous question to ask whether I was influenced by Aboriginal art. Of course I’m influenced by Aboriginal Art. I’m an artist living and working in Australia in 2008 and I frequent art galleries. Are you f*#@!&g kidding me?” His work at once acknowledges Indigenous art as the only true art movement to have come out of Australia and simultaneously speaks about the impossibility of denying its power and influence.

The concept of inclusion and exclusion is at the heart of this exhibition. Not only in the form of Grogan’s right, or not, to appropriate Indigenous art, but also of his personal experience as a young gay male expulsed from his deeply religious family when he announced he was gay and proud. Enter Liam Benson. Benson’s androgynous creations speak so loudly and proudly about how difference can be harnessed and celebrated. The binaries of masculinity/femininity, homo/heterosexual, and white man/black man have long played out in Benson’s work. His striking early works, one of which sculpts out the beard he wore to read Help, another where he wears a VB stickers on his face and his I LOVE THE SHIRE work produced for the Our Lucky Country (still different) exhibition following the Cronulla riots, demonstrate Benson’s fascination with exposing the repression of hypocrisy.

He beautifully and poetically turns on its head notions of the Fair Go, an independent pioneering spirit and a hard yakka work ethic. It highlights an intolerance for different cultures, and an appalling disrespect for women and the disdain often experienced by those who function outside contemporary socially acceptable norms, including homosexuals, refugees and migrants.In this exhibition, Benson wears his heart on his sleeve. He has taken on the role of peacemaker and attempts to reconcile how we understand the conundrum Grogan’s work presents. Benson is determined to celebrate the abundant, vivid, resonant and brilliant landscape cultural osmosis provides. As Benson said, “It’s really hard being a positive artist”, but he is driven to expose the value of a truly multicultural society built on respect for each individual that makes up the whole.

Liam has given himself a hard task and has risen to the challenge in a considered, genuine and heartfelt manner. This can be seen in his collaborative performance piece which uses the Aboriginal Map of Australia as its base to extend his dream further. Every Thursday, Friday and Saturday between 11am and 2pm for the duration of Same Same, people are invited to contribute to this map by sewing beads or sequins. For Benson, this is an invitation to acknowledge the broader Australian community – indigenous and non-indigenous. It is also about this space we call Australia and acknowledging that we are part of a broader community. We are, as Benson proclaims, “all exceptionally original in this place”.

Liam’s work is poetically beautiful in its ability to simultaneously critique and confront the incongruity that is inherent to an Australian identity. As a performance artist he is able to harness his own experiences as a gay, Anglo Australian male and empathise with multiple experiences of difference. Same Same is fundamentally about acknowledging the magic of culture and individuals. It is a celebration of cultural osmosis and culture’s porous nature and proposes a toast to mutual R.E.S.P.E.C.T.