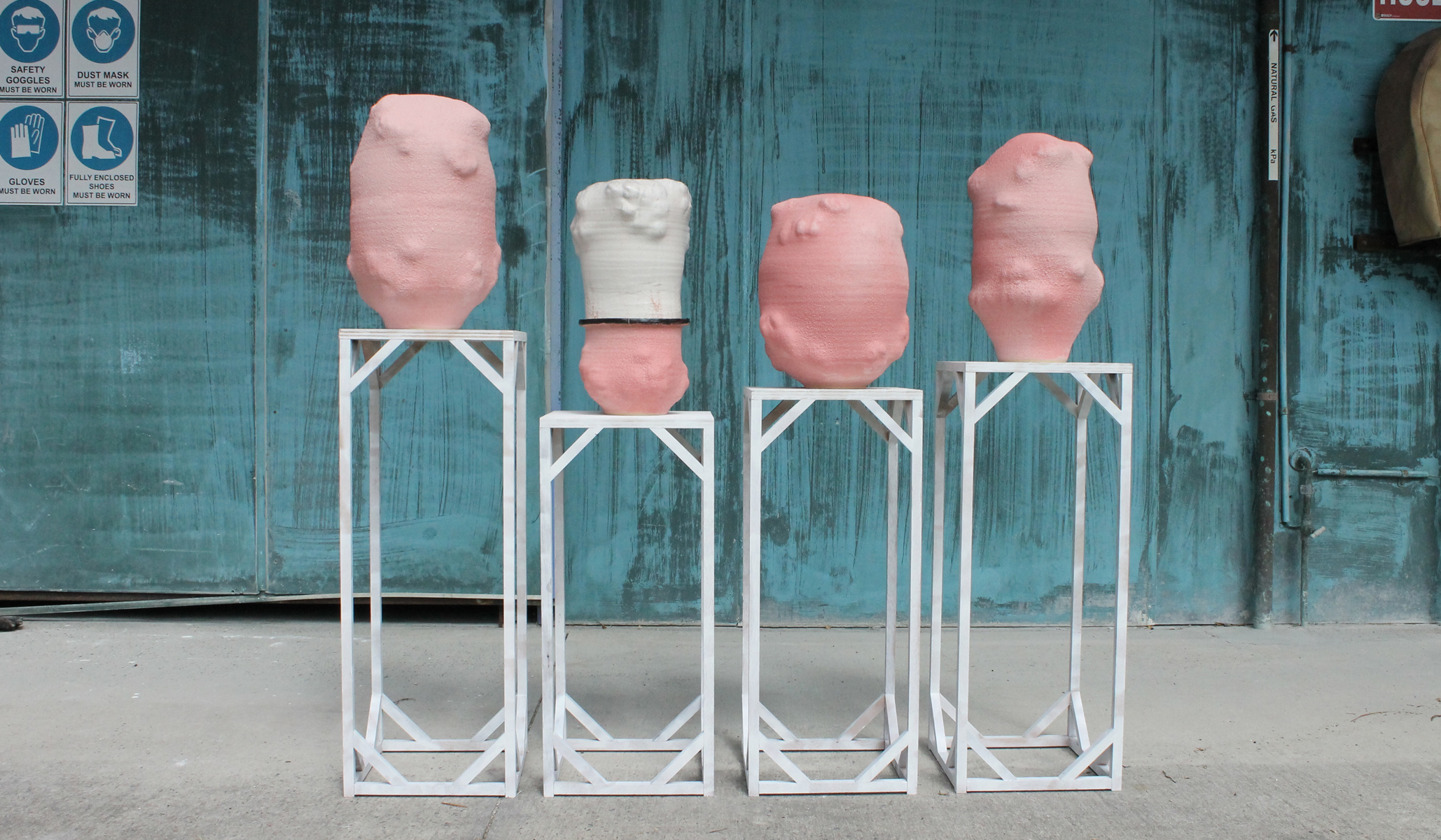 Robert Bennett is a Sydney based visual artist working with painting and digital media. By using references such as cartoons and animation from pop culture, Bennett aims to deliver a theme of humour and satire to an otherwise self-deprecating and self-sabotaging method of painting. The imagery consists of clusters of bold line and erased and fractured remnants of cartoons arranged in a rhythmic and repetitious ensemble of freeform obscurity. This kind of ‘Anti-aesthetic’ coupled with humour found in animation aims to explore the failure, contradictions and anxieties of both the artist and its audience. 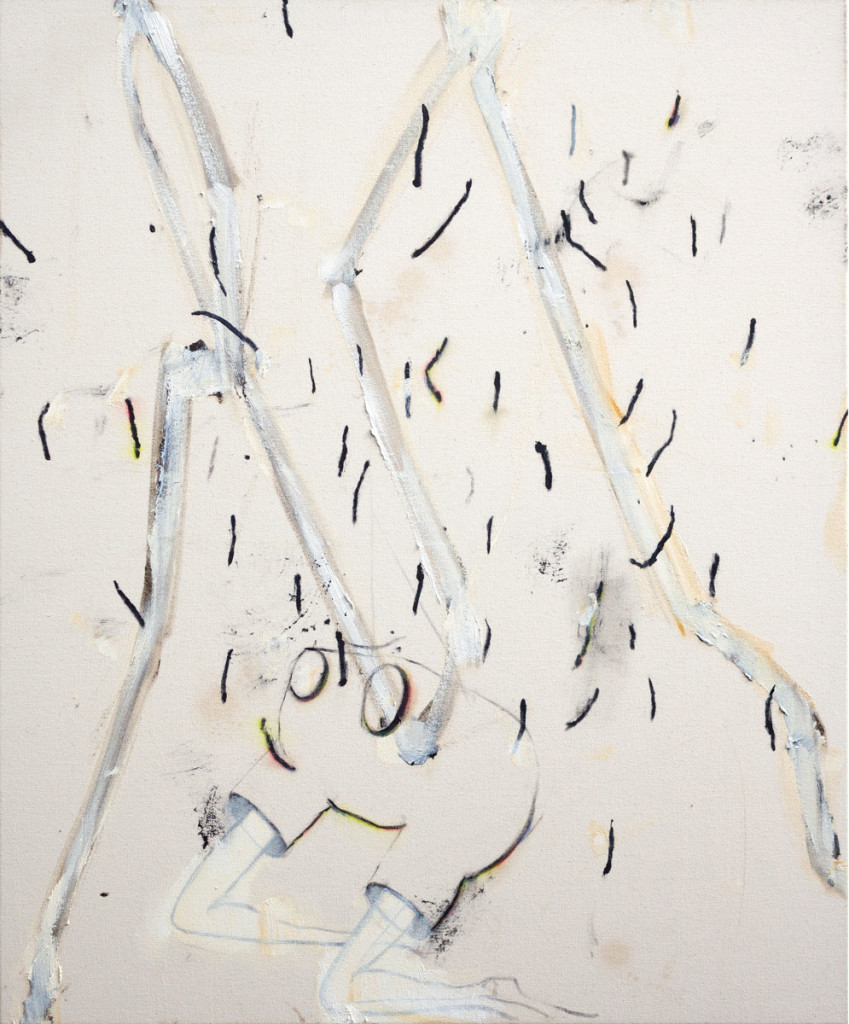 Luke Ryan O’Connor is a Sydney based artist whose practice involves utilising the traditional utilitarian language of ceramics and reconfiguring it in an alternative and experimental way. His work is intended to engage the viewer through the embodiment of something simultaneously familiar and unfamiliar. This is achieved through presenting conventional ceramic forms in a way that separates from their traditional aesthetic.

“The work is grounded in the physical contact I haev with raw materials – working so closely with a ceramic allows for an intimate bond to be formed. The amorphous qualities of clay contain and enable infinite possibilities for experimentation, which manifest themselves in my work. Typically, I work with spherical pot forms, being the most archetypal and recognizable manifestations of the medium. This allows the work to draw in the viewers gaze through an initially familiar visual language which is then destabilised through the manipulation of their traditional form.

When the initial form of a piece is completed it is then morphed and altered with various surface treatments and glazes, casting an ambiguity to the material that lies beneath. Vivid and artificial looking colours add to this feeling, rupturing the sense of familiarity once felt with the ceramic medium. The works are often presented in small clusters of differing shapes and heights. They are accompanied with customised plinths which, while minimal in design, are intrinsic to the resolution of the work as a whole. The plinths vary in height and colour, working to accentuate the amorphous nature of the ceramic objects they support.”

Gidon Sack’s work is characterised by abject dirtiness and an emphasis on materiality. The dirtiness is mediated by the language of art and teeters neatly on the line of acceptability and exclusion; the work sums up one of the primary anxieties of the contemporary world: How can we maintain our individuality, and bodily singularity, while at the same time maintaining our links to the rules and society.

Sack’s work is based then on contradictions that he attempts to unify: idealism and materialism; the found and the painted; the anthropomorphic and the abstract; the dirty and the white cube clean of art; the high art elite and the working labourer (among others).

Gidon graduated at the National Art School in 2015, majoring in painting, and received his B.F.A with Honours (First Class) at Sydney College of the Arts in 2016. He currently resides and works in Sydney.