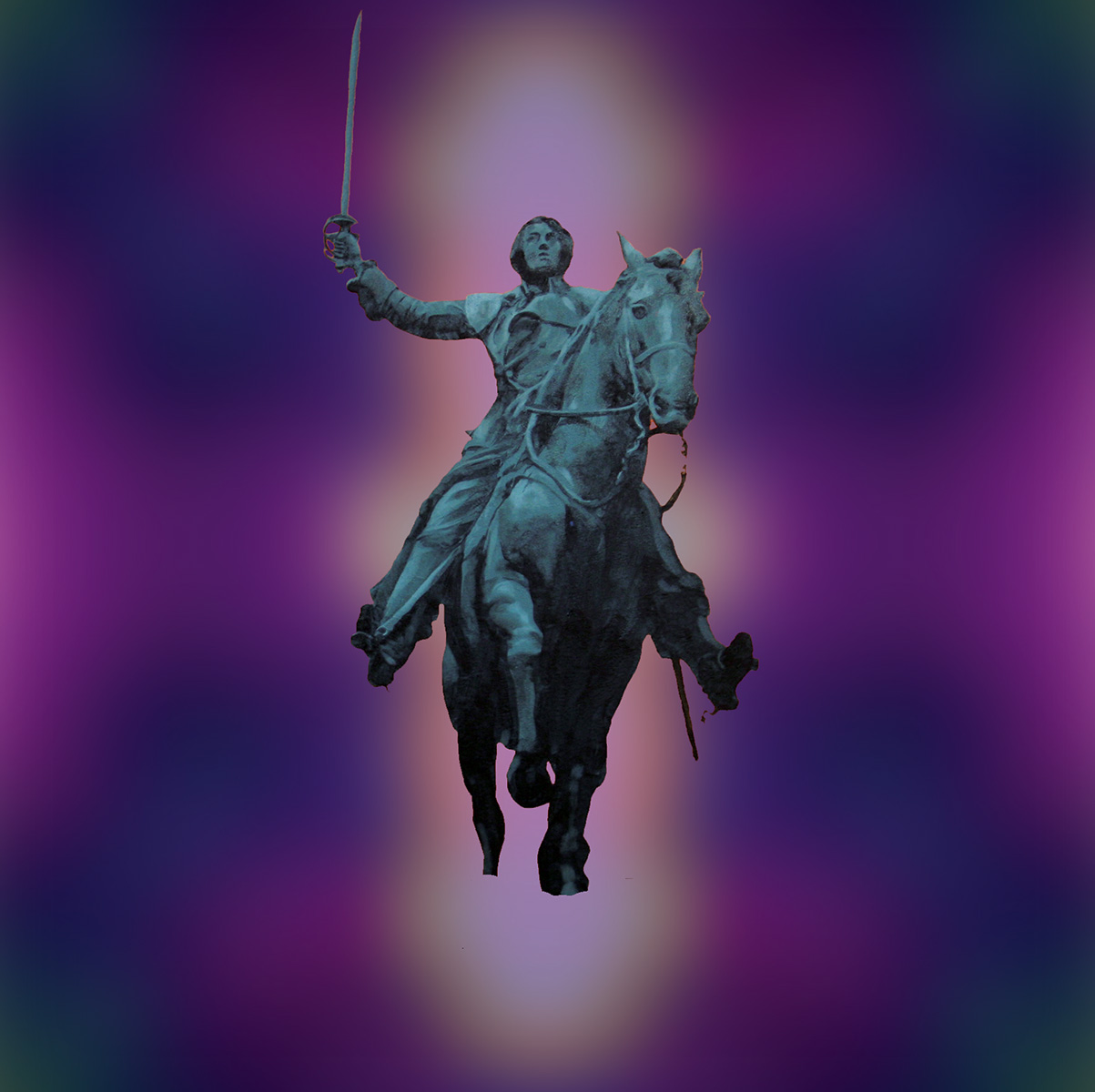 Hero, in terms of pictures on the Internet, is the title given to an image that represents the entire content of a particular group or folder.

It is the title piece, the one that is most searched and shared throughout the channels of the web. It is the thumbnail or icon representing only a taste of the whole, often cropped and compressed to be easily accessible in our still infantile Internet technology. The hero is cast among the millions of images battling for attention within search engines and becoming lost in the crowd until luck would have it brought back to the limelight. The context of certain aspects of art and history is slowly being subject to change, as simulations of history’s relics float through cyberspace without meaning and origin.

They have been captured and stored in a digital medium, ready for distribution, re-editing and viewing. The bronze and stone figures inspiring the Square of Heroes series of paintings by Michael Staniak, have all been fished out from this endless pool of images on the Internet and brought back into the realm of the canvas and gallery. They have been reborn to a new life, rising like a phoenix from the flames into a contemporary sphere. They are no longer just unsung heroes that represent a generic group of information, but are once again heroes that stand alone and independent within the painted canvas.

The cycle of life of these antique statues is reminiscent of the process of realistic painting today, where a subject is usually recorded via digital camera, flattened on the screen and then repainted with emphasis on form and depth. Here the images that the artist chose are in constant flux and also reconceptualised, just as they have been time and time again on the web. The painted statues float on the canvas surrounded by pixels, reminding us of the constructed digital abyss from which they came. The pixels themselves have been pulled from a digital version of the paintings, where a cycle of the internet image comes full circle from the tangible, original statue, to the digital image, to the canvas and back to the digital image printed on the canvas. Ultimately these final paintings will end up online, where they will take on a new life of their own and become entities waiting to be fished out again.

Michael Staniak finished his Masters of Fine Arts from the Victorian College of the Arts in 2011, where his research explored the state of painting in an age predominantly influenced by the Internet and digital technology. He acknowledged that, whether voluntarily or not, painting would be affected by the Internet and digital media in some way, either through pre or post-production, or for the most part, both. This series further examines the role of painting today and the context of images on the Internet by, for the first time, combining paint and digital print not just in the preparation of the painting but also the outcome. An element of these paintings also departs from realism and incorporates more abstraction, as an origin for further investigations of pure abstraction in this era of painting and digital technology.