The ‘littoral’ is that enigmatic place where it is land no longer – but not yet sea, that indefinable edge where tide “rubs things out”, concealing then revealing; where sea and sky can also merge. As with this mute, illusory and boundless cusp, the paintings of Gary Smith also hover on the edge of recognition; not quite figurative, not truly abstract.

His sepulchral super-blurred images loom out of the misty, milky hazes triggered by air inversion over water, instilling a quiet, waiting stillness, a sense of stasis and of time suspended. The refracted light causes distortion over distance, flattening out any objects and images. In this diffused light the work-a-day grunge of marine navigation markers, goods silos and storage tanks is imbued with a romantic vision; bestowing a dreamlike beauty and an innate architectural and poetic allure that transcends their industrial austerity and functional intention.

Each of Gary Smith’s works is created with multiple layered applications of lustrous paint glazes and pigment which impart a pearlescent sheen to the surfaces. When combined with the sense of light and distance it gives a cinematic cast to the paintings. Gary Smith’s technique has grown from his earlier series of ‘evocations of atmosphere’, that he developed from tiny fragments from the skies of nineteenth century romantic landscapes and his explorations of Western landscape painting and its relationship to Japanese scroll painting. Despite its underlying industrial imagery, his subsequent bodies of work are still aligned with this reductive approach to landscape and retain the stillness and Oriental ‘sensibility’ and silkiness of surface that is distinctive of his oeuvre. 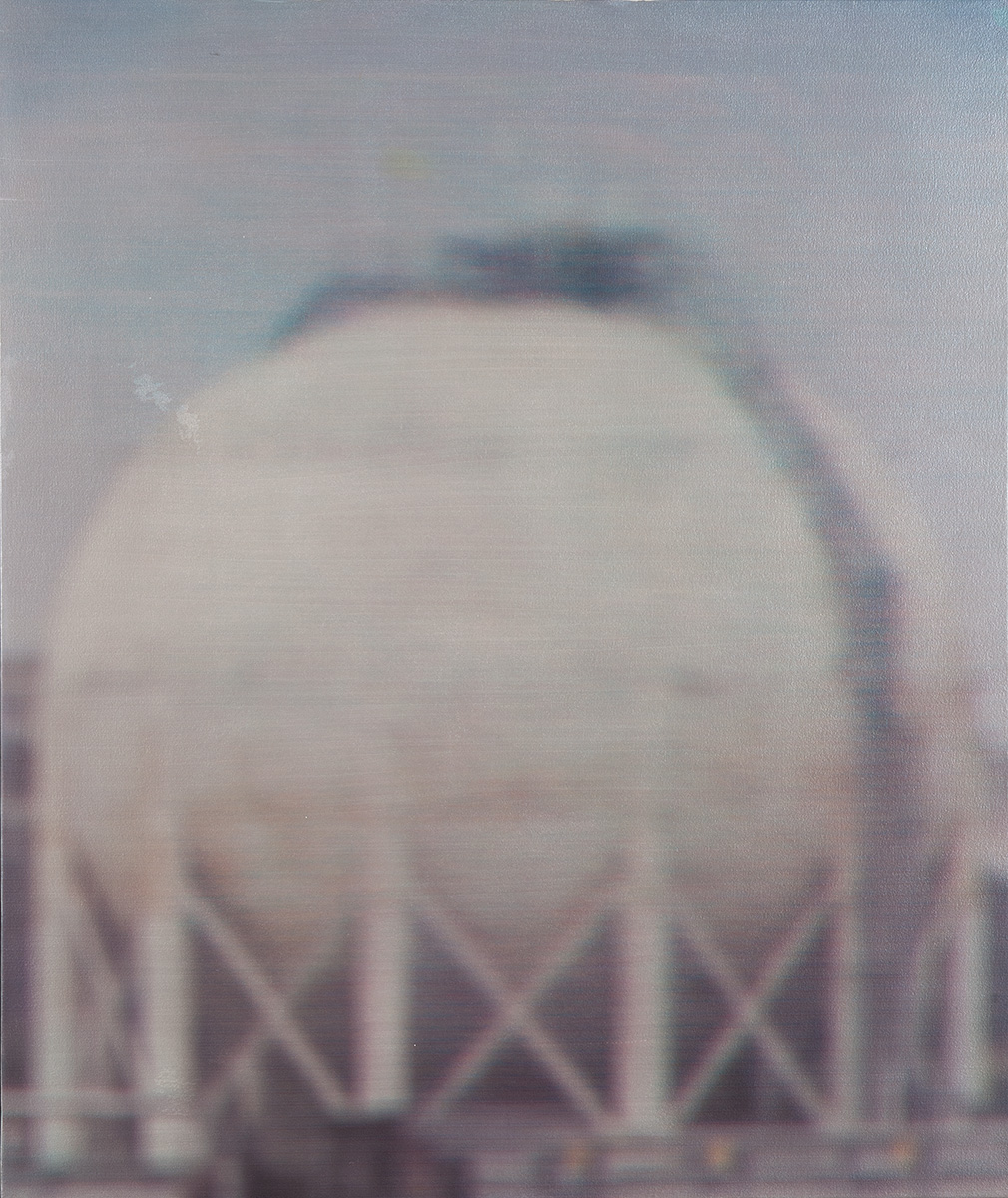 Gary Smith lives and works in Canberra and is Visiting Fellow with the Inkjet Research Facility, Photomedia, at the Australian National University School of Art.