DOUBLE VISION: BETWEEN THE INTIMATE AND THE INFINITE

Illusion and reality vie in Rebecca Beardmore’s enigmatic sparse landscapes of pocked lava fields and bleached snow plains. Printed unconventionally onto glass, the series, Double vision: between the intimate and the infinite continues her characteristic risk taking push of the boundaries and traditions of printmaking techniques and materials.

Her works conjure with reality and its representation; with the poetics of how we engage with and navigate in and out of space. How the mind folds into reverie while shifting from ‘I know” to immersing and experiencing. Central to Rebecca Beardmore’s art is the act of looking and the ambiguities and complexities intrinsic to sight and to how we look and what we see and read in images.

Taking a photograph, and the implied veracity of that medium, she overlays image and text onto partially mirrored and abraded glass where transparency and reflection alternate – suggesting an infinity and fluidity of spaces, both in between the captured image and barely legible text on the surface and that inhabited by the viewer. 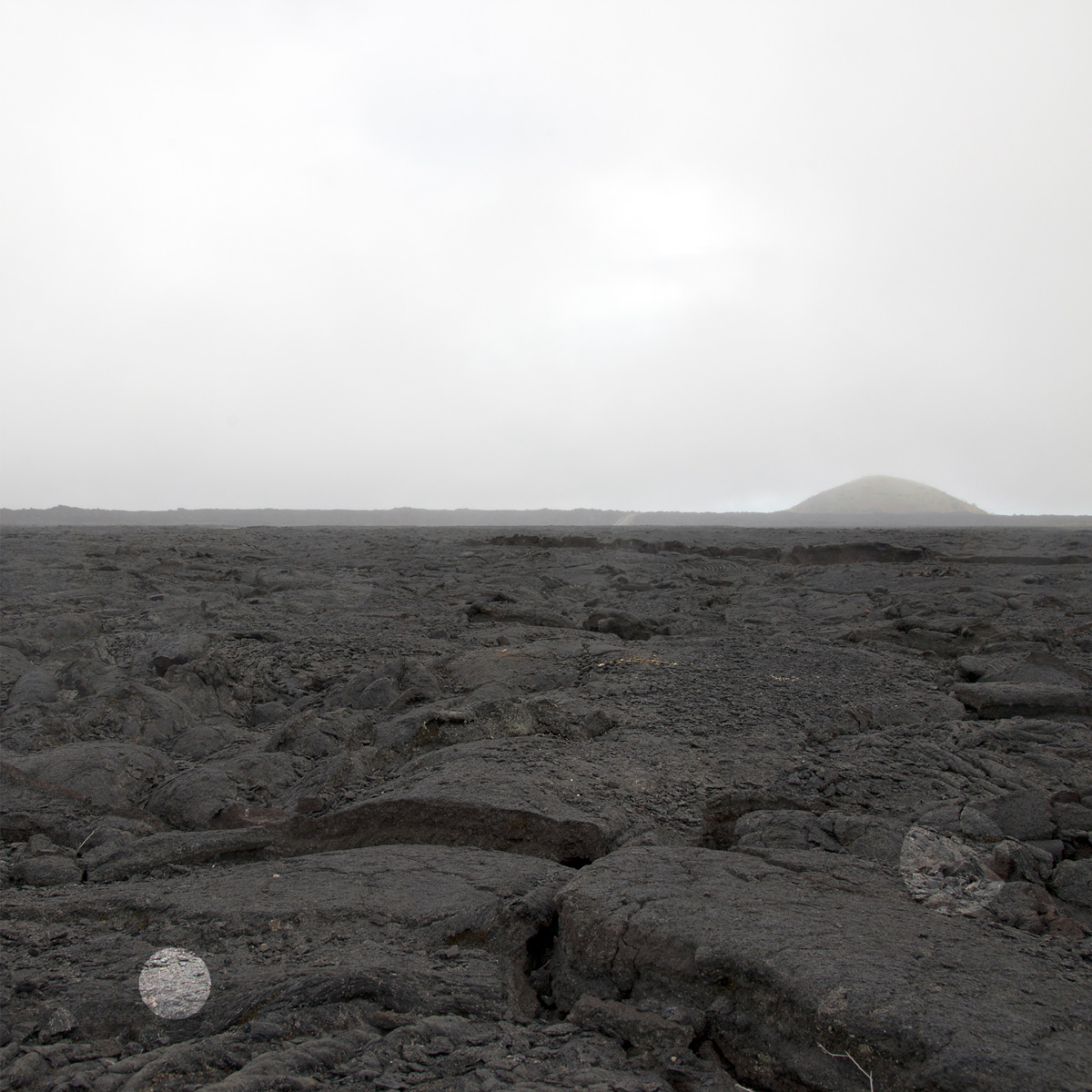 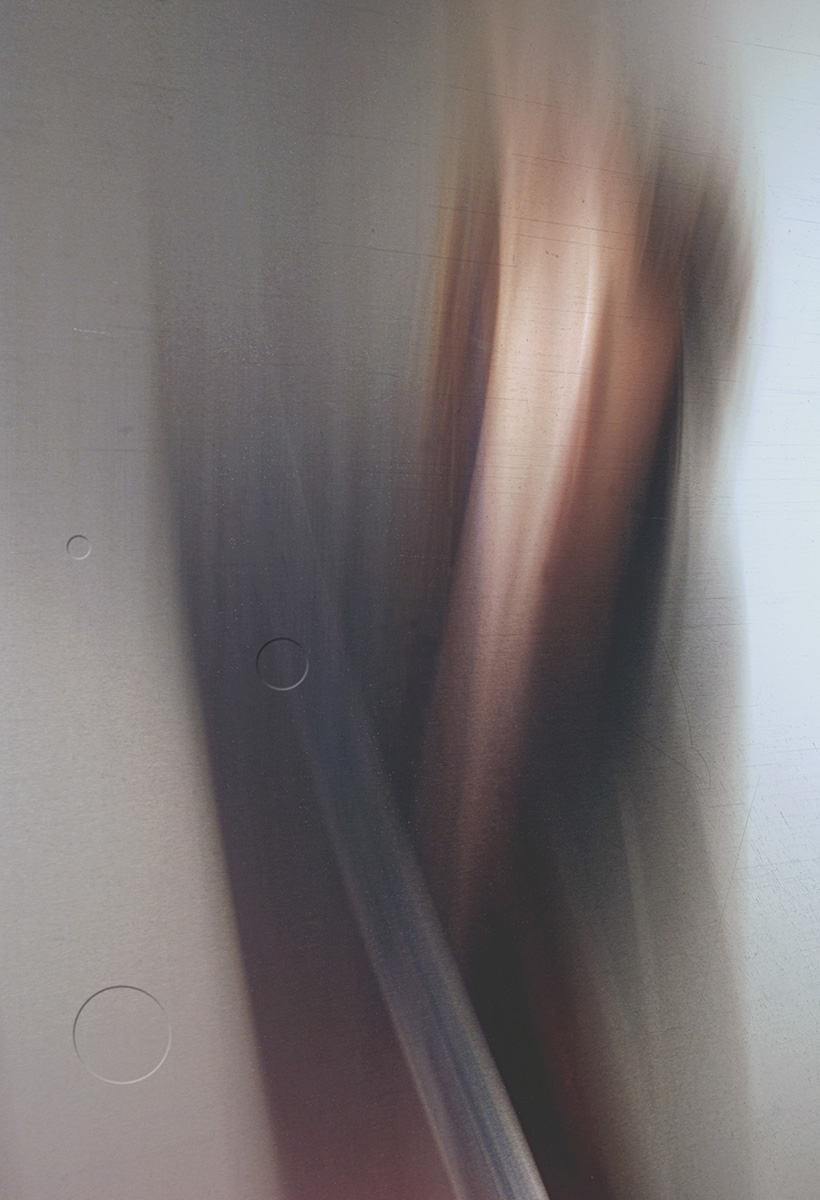 A straight seemingly infinite horizon line for the change of land to sky is a common understanding of landscape and is selectively sought by the artist as a deliberate pictorial device to aid transformation of this photographic representation of site into an extended investigation and abstraction of spatial effects and perspectives. The views are captured digitally but not digitally manipulated. She does not consider herself a photographer. Photography is Photography is a resource and tool for her art making as she describes:

“The images for the Snow Plains series were shot in Edmonton, Canada with its characteristically flat topography and its ascribed tag as big sky country where little obscures the horizon. The brightness of winter mid-day light is magnified, reflecting off the mantle of snow covering the expansive stretch of flat land, any defining undulations below the frozen surface are concealed, neutralizing the scene to a kind of uniform abstraction.” 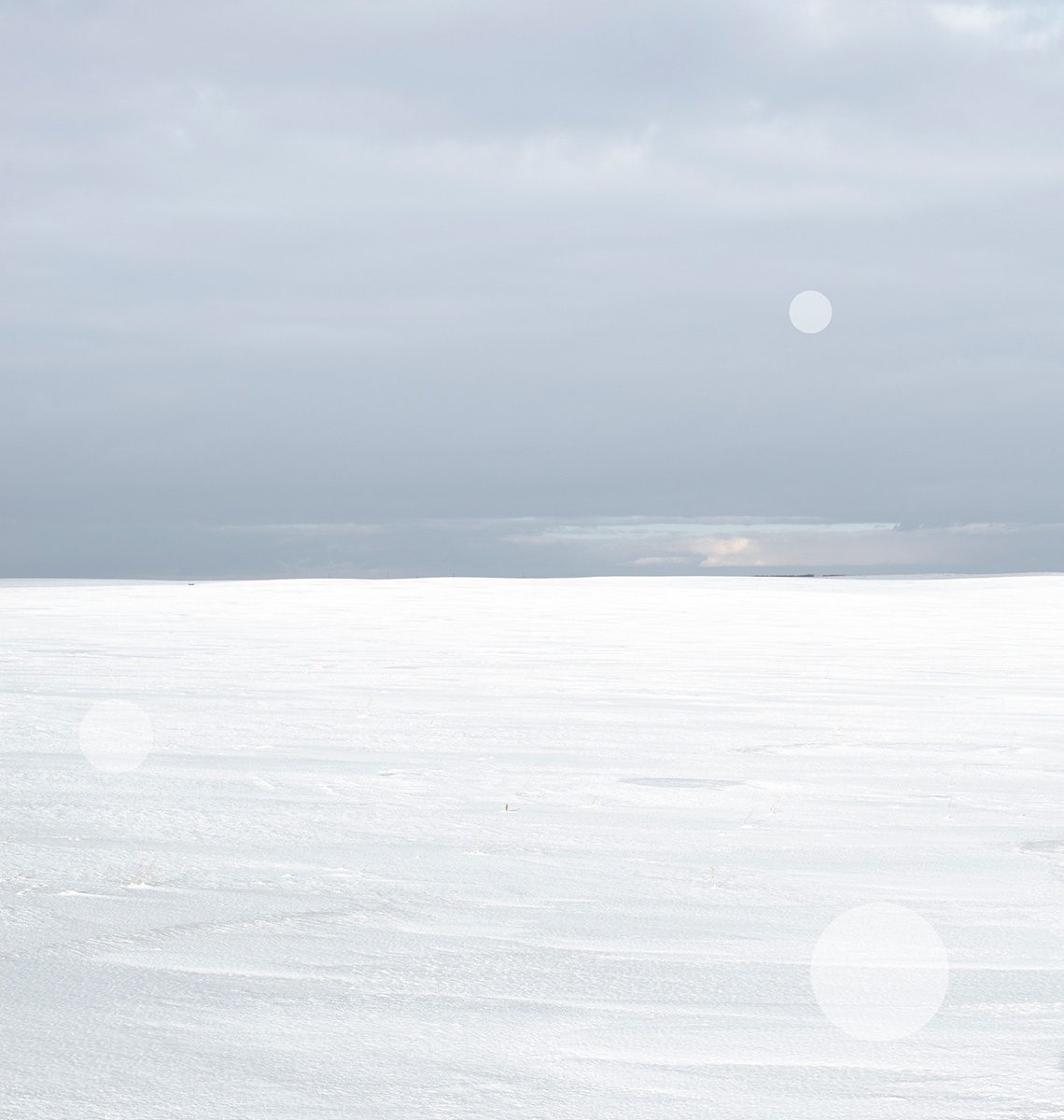 It is ultimately the viewer’s own perception that is manipulated by the artist through her choice and treatment of materials on which the image is laid down and facilitated by the play of light and reflection and the textural nuances of clear, mirrored and opaque passages and the obfuscating overlay of image with text.

Language, both visual and written, functions on multiple levels in Beardmore’s works. The artist writes an observer text that is screen-printed over the image. The prose is descriptive, un-nuanced reportage to locate the reader in the scene, yet the sense is intimate The considered neutrality of the words and the visual texture that the scarcely legible text gives to the surface are significant considerations for both the conceptual and material quality of the work of art. As the artist notes:

“The text, despite its descriptive clarity offers no further resolution to understanding of the work except to propose a tension between seeing and reading. It acknowledges the interconnectedness of these activities in relation to understanding while recognizing their obvious separation – for one cannot read and look at the same time.”

Rebecca Beardmore’s rigorously considered and aesthetically beautiful works pose an ambivalent re-imaging of familiar places or faces that challenges our complacent learned way of looking. Shown in tandem and as counterpoint to Beardmore’s landscapes is a small selection of portraits. Captured as self-images reflected onto steel and printed onto rag paper, they manifest a fleeting and fugitive presence that is almost absence. 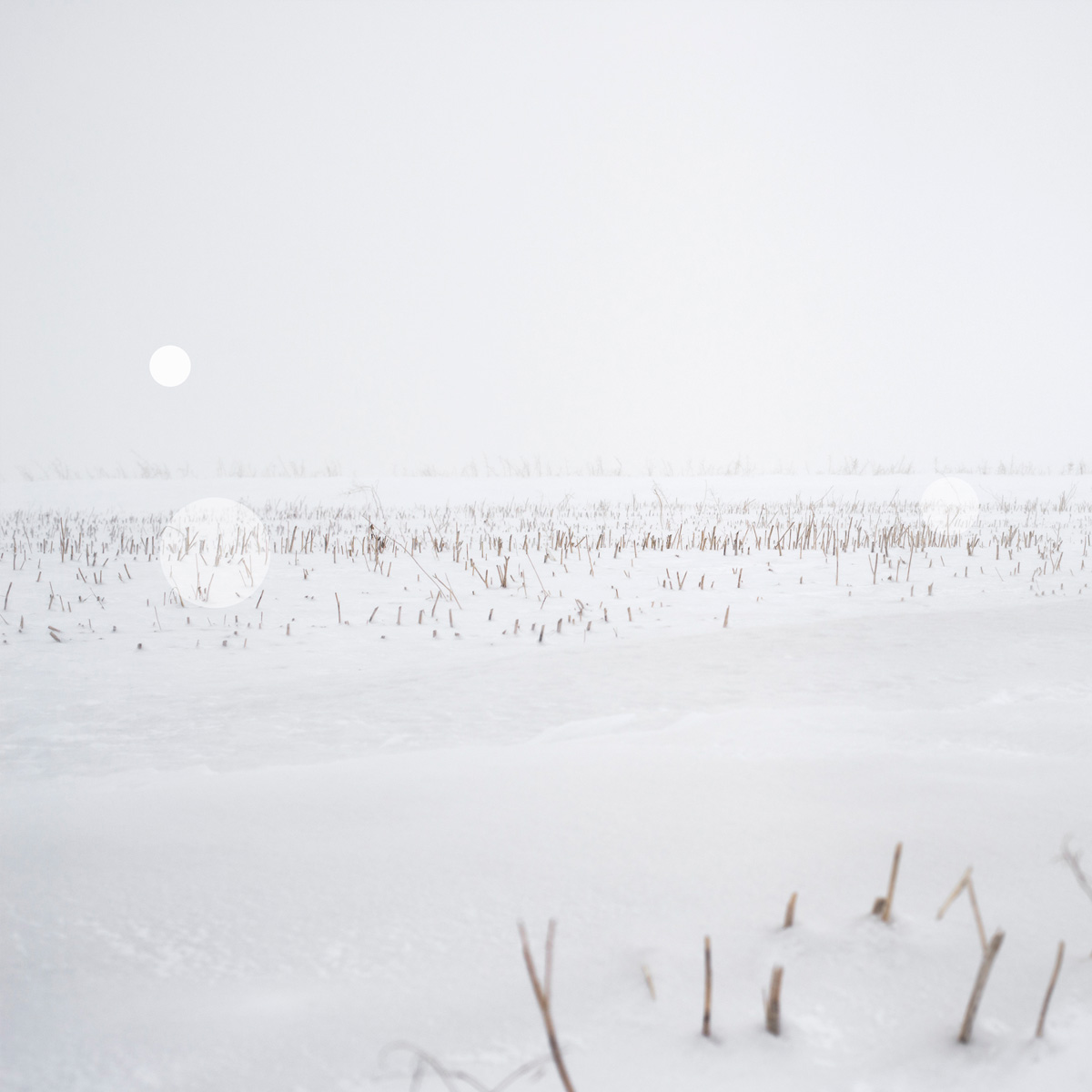 Rebecca Beardmore won Australia’s most prestigious prize for printmaking, The Fremantle Art Centre Print Award for a work from this series. Her works are held in the collection of the Art Gallery of New South Wales and other significant public and private collections.