Domino Theory, is a poignant contemporary ‘memento mori’ that is both very personal yet universal. It is an artifact that focuses on the passing of time, and the tracings, the trauma and the legacy of a war decades after it has ended. 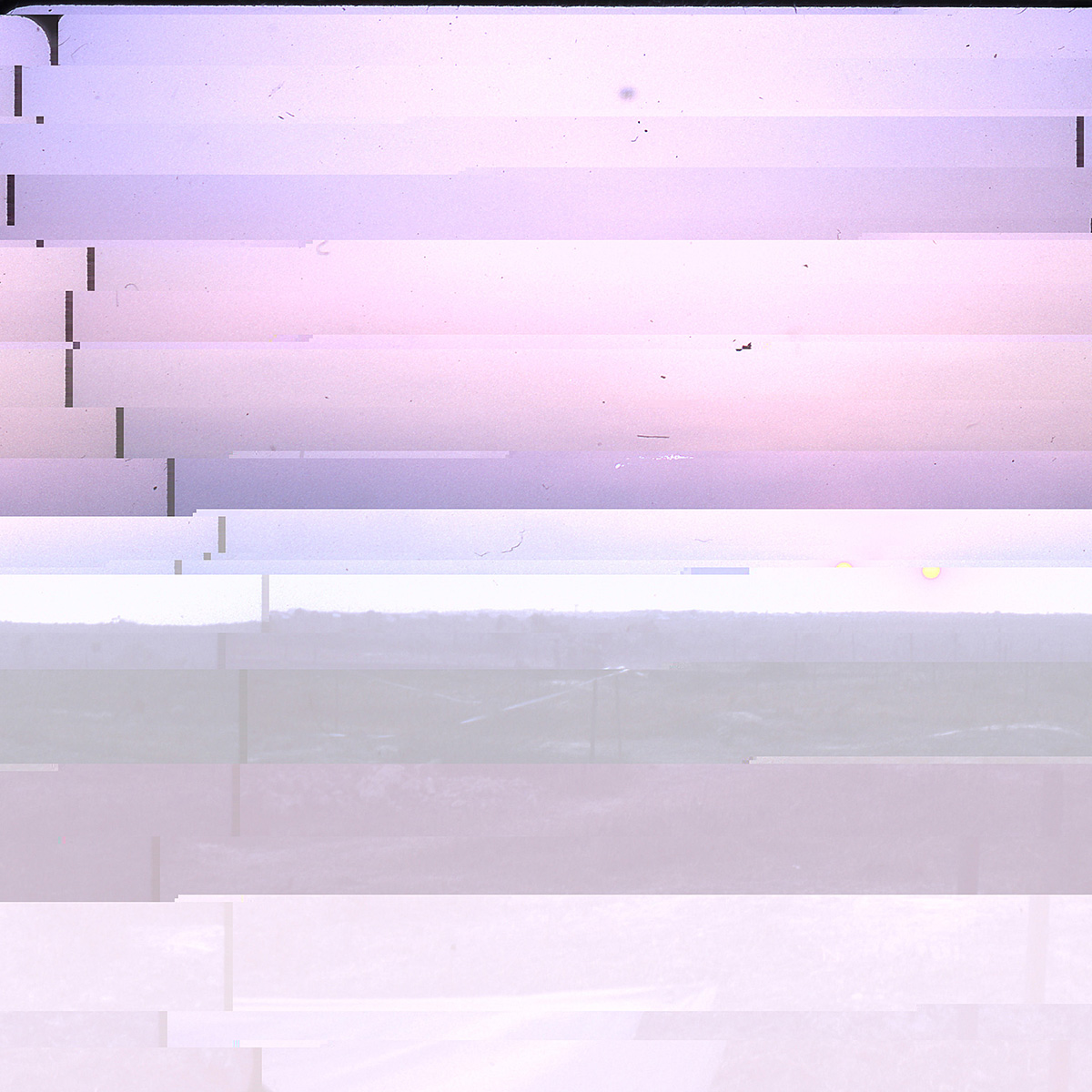 The affecting suite of images is a nostalgic paean, a meditation on remembering and dis-remembering and on loss and mortality and the Vietnam War of 1962-75.The departure images for Domino Theory are from an archive of photographic negatives taken by artist Emily Sandrussi’s stepfather during service as a conscript in the Vietnam War.

Her potent, pastel-hued photographic variations and versions were created from scanned images from the personal archive; the artist acknowledging and incorporating the spontaneous corruptions in processing and also exploiting additional manufactured digital glitches that interact with the existing disruptions on the surface and the disparate organic marks of dust, scratches and fingerprints.  Integration of these blemishes, traces and accretions acknowledges the passage of time, the rigorous conditions and difficult transit from a war-zone, a history of non-recognition and re-discovery, and the imprint of a family of hands.

The process and emotional intensity of memory and the making of Domino Theory can be best accessed through the artist’s own words: “The images that most interest me, however, are those that are entirely alien to me. Documents of the time and place a 23-year-old man (who remains unknown to me) found himself in – the Vietnam War. Upon discovery of these images, I was simultaneously fascinated and terrified. Even now, I look at them with a guilty hunger – lapping up the details, constructing my own narratives, all the while feeling like an intruder. Like many veterans of this war, my stepfather rarely spoke of his experiences. As a child I always wanted to know more. As an adolescent I came to understand the reasons for his silence. Now, with the stories finally, truly, eternally beyond my reach, I hold these clues to all those untold stories, passive under my gaze and my imagination. 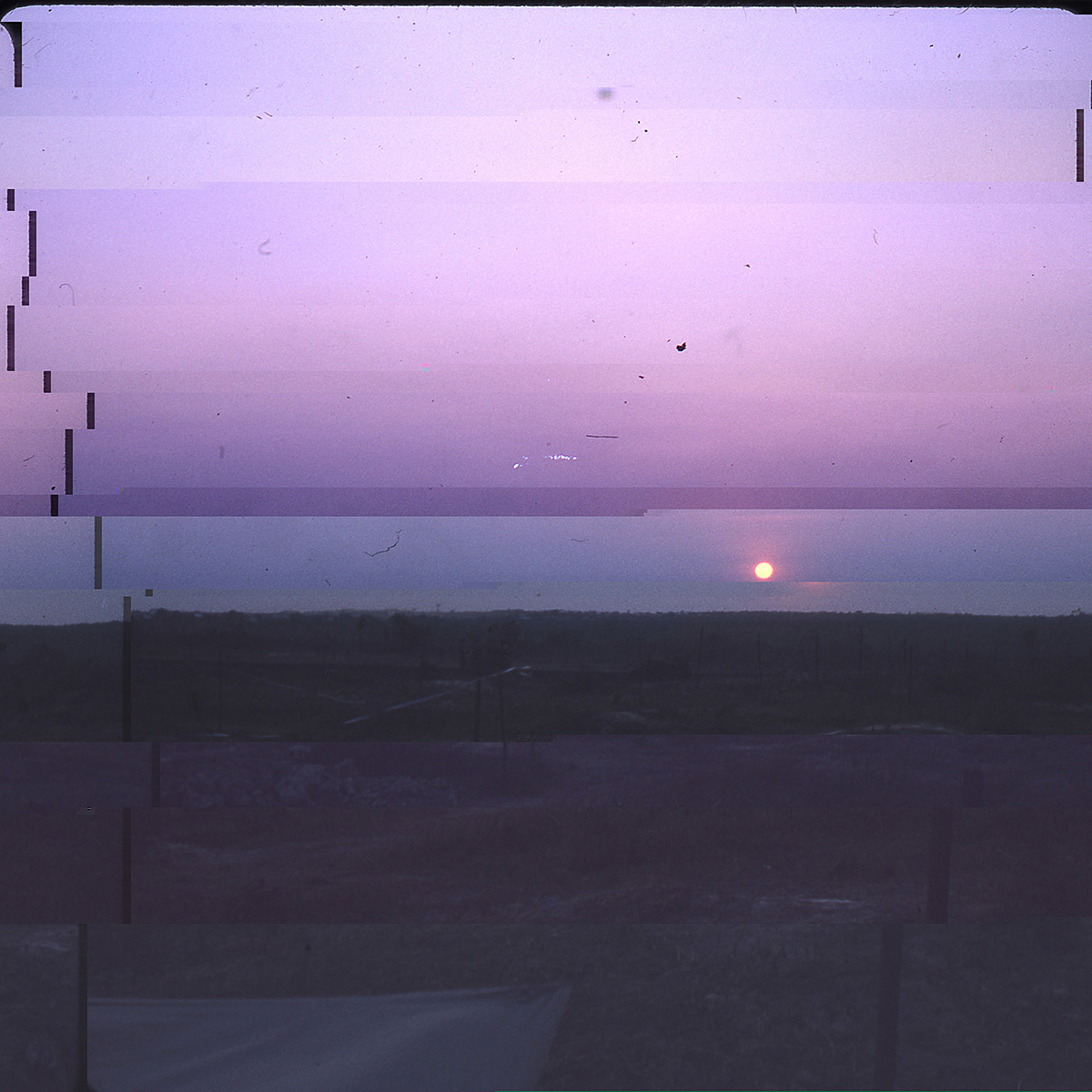 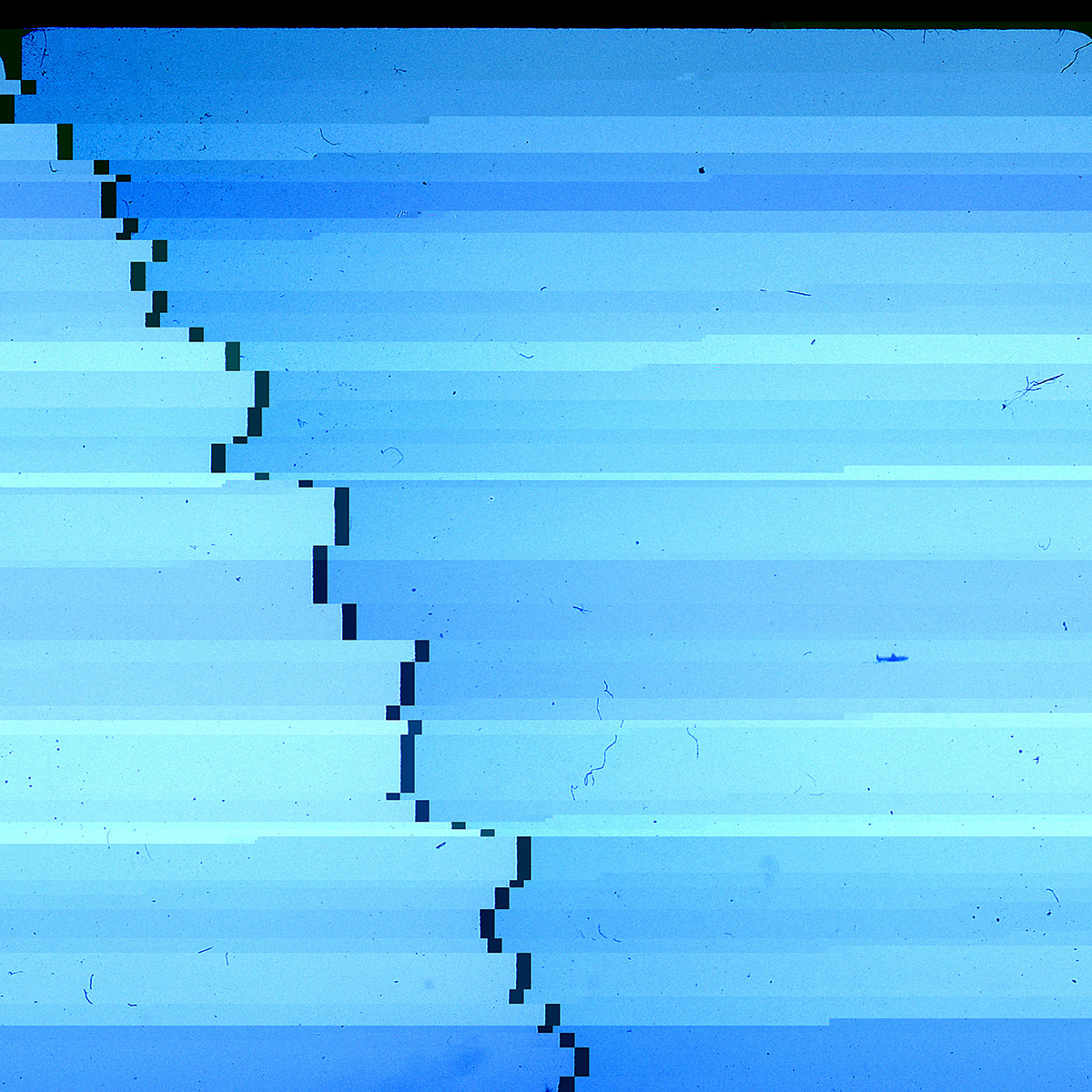 I have come to regard the war as a dividing wall in my stepfather’s life, an event that permanently severed the boy he was from the man he became. A single moment in time that gave birth to one while the other died. A moment determined by a game of chance. Like many of the “young and strong and clean” men who marched into this war, my amateur photographer stepfather went armed with his camera, and the snapshots he captured endure as relics of this transformative event. Viewed only a handful of times in the decades since their capture, they offer an intimate view into the experiences of their creator, photographs innocent of political agenda and free from the weighty associations that overly familiar images may carry. As much as any photographs can be, they are a simple testament to a moment in time.

The discovery of these images, and the subsequent sorting and scanning of them for personal archives, marked the beginning of a project that has stretched across the years since. Following the death of my stepfather, they were revisited briefly, but after that it was years before I gave them any further thought. In the meantime, I began to work with corruption in digital image files. I had been working with spontaneously corrupted images in order to explore notions of mortality and memory. For this purpose I considered the breakdown of digital files as conceptually similar to ash or dust. After extensive work with spontaneously occurring corruption, I became intrigued by the possibility of manufacturing corruption in image files. It was at this stage of the process that I revisited the scans I had made of my stepfather’s images of the war.

The resulting images are fragmented and disjointed, with the appearance of horizontal lines reminiscent of sedimentary layers of rock in the earth’s crust. This digital glitch, or corruption, mechanical in nature, is combined in these images with the remaining evidence of the more organic disruptions accumulated by the slides – in the form of dust, fingerprints, scratches, and even what appears to be mould. Despite the various scars and colour variances that occur as a result of the corruption process, the corrupted images still retain some of the signifiers of the original photographs. Visible through these disruptions, we are able to make out the clouds, aircraft, flora, sun, and distant cities of Vietnam, as perceived by a 23-year-old Australian boy in 1969.

In my practice I have come to see the visual effects of the glitch as a symbol of breakdown and decay, of the transient nature of life. Mobilising the glitch in this way allows me entry to wider reflections on the nature of mortality and remembering, and the way we collectively and as individuals relate to these themes.” Emily Sandrussi is currently a Master of Fine Arts candidate at University of Sydney, Sydney College of the Arts, having completed a Bachelor of Visual Arts (Honours) at the same institution in 2013 for which she was awarded the University Medal.

She was a finalist this year in the prestigious William and Winifred Bowness Photography Prize, Monash Gallery of Art, Melbourne and the prize for Contemporary Landscapes in Photography, Perth Centre for Photography, Perth. Emily Sandrussi is recipient of the 2013 Artereal Gallery Mentorship Award offered in association with Sydney College of the Arts, and Domino Theory is her culminating solo exhibition from that program.