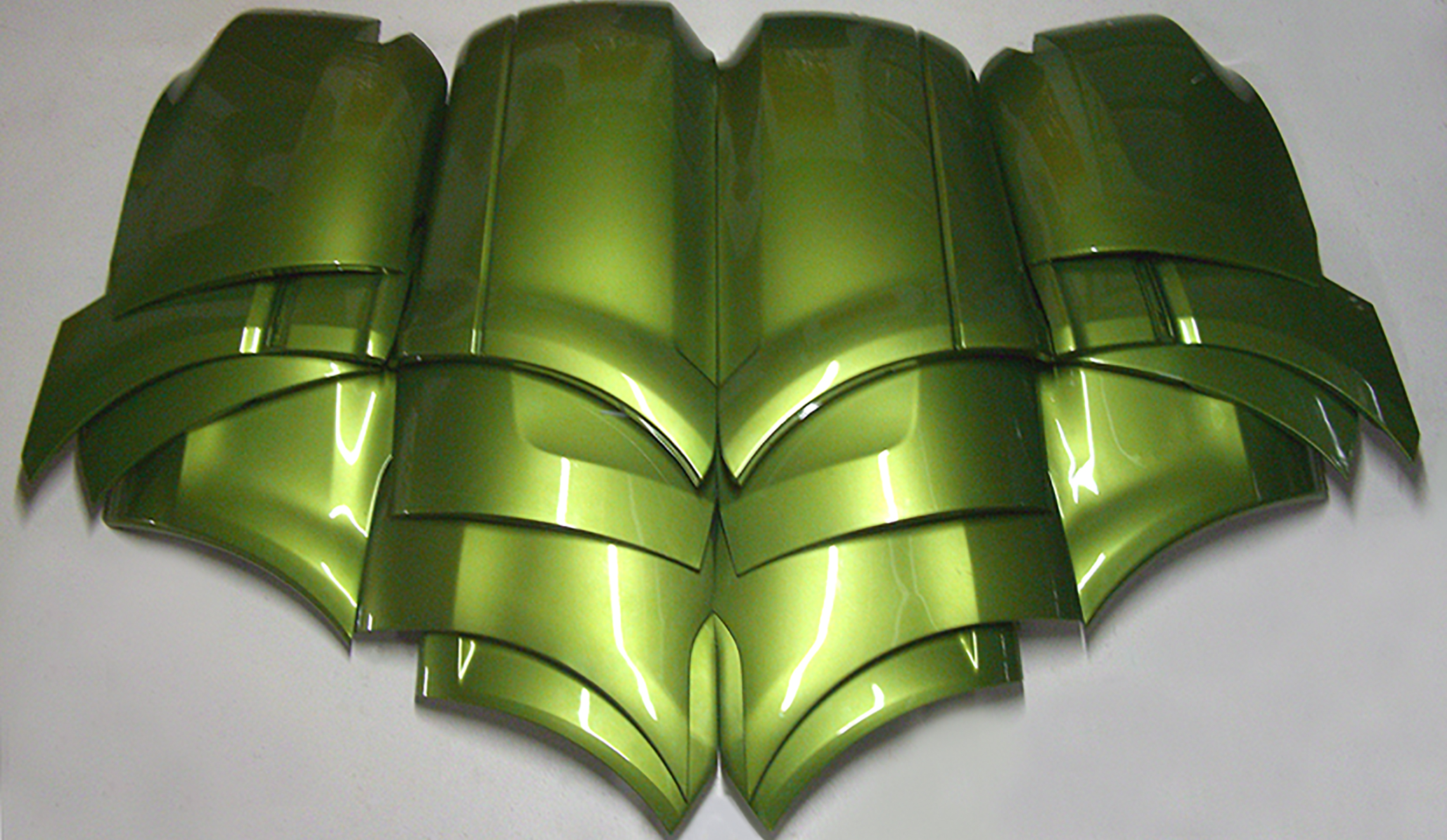 Queensland sculptor Daniel Wallwork’s first car was a 1962 EK Holden (never driven). His father owned a paint shop and Daniel grew up with the smell of paint and the industrial forms of cars and motor parts around him. His hybrid works bring together this suburban car culture with the science fiction insects and marine creatures of his tropical home.

While the materials and surfaces of car manufacture are used to fabricate his works, the ideas and the creative processes are often organic. Daniel “lets things talk to him” and allows the materials to influence shape and form. Seeing bumper bars stacked on top of each other at a smash repairer’s brought to mind rainbow fish scales. The shiny and hard surfaces of rhinoceros beetles inspired Daniel to create his series of hard black horn forms. A four year spray painter’s apprenticeship and extra-curricula graffiti art activity developed his exacting and vibrant painting techniques. Daniel pushes his skills to the limit and explores ways in which paint can change a sculptural form.

Although Daniel Wallwork has had experience with the materials used in the motor industry, they are not always the physical materials used in his works. Most of the components are replicas made from industrial moulds from scratch. More recently, he is exploring the use of fibre glass in both automotive and boating design. He finds most of his materials through his ‘local art shop’: Bunnings.

The combination of organic forms and industrial design is not new; women’s curves and shark-fins have long been elements in car design. This play between the organic and the man-made is seen by Daniel Wallwork as part of an evolutionary process where the relationship between the natural and the manufactured is two-way. As industrial objects become more organic, so animals may become more ‘industrial’.

Although cars are often associated with the overtly masculine, Daniel does not see his works as part of a Feminist backlash. Daniel sees it more as a celebration of masculinity. Viewers are often relieved and excited to have a male perspective on the gallery walls. He feels women relate to the works through the personal (often relationship stories), whereas men have a visceral attachment to the sculptures.