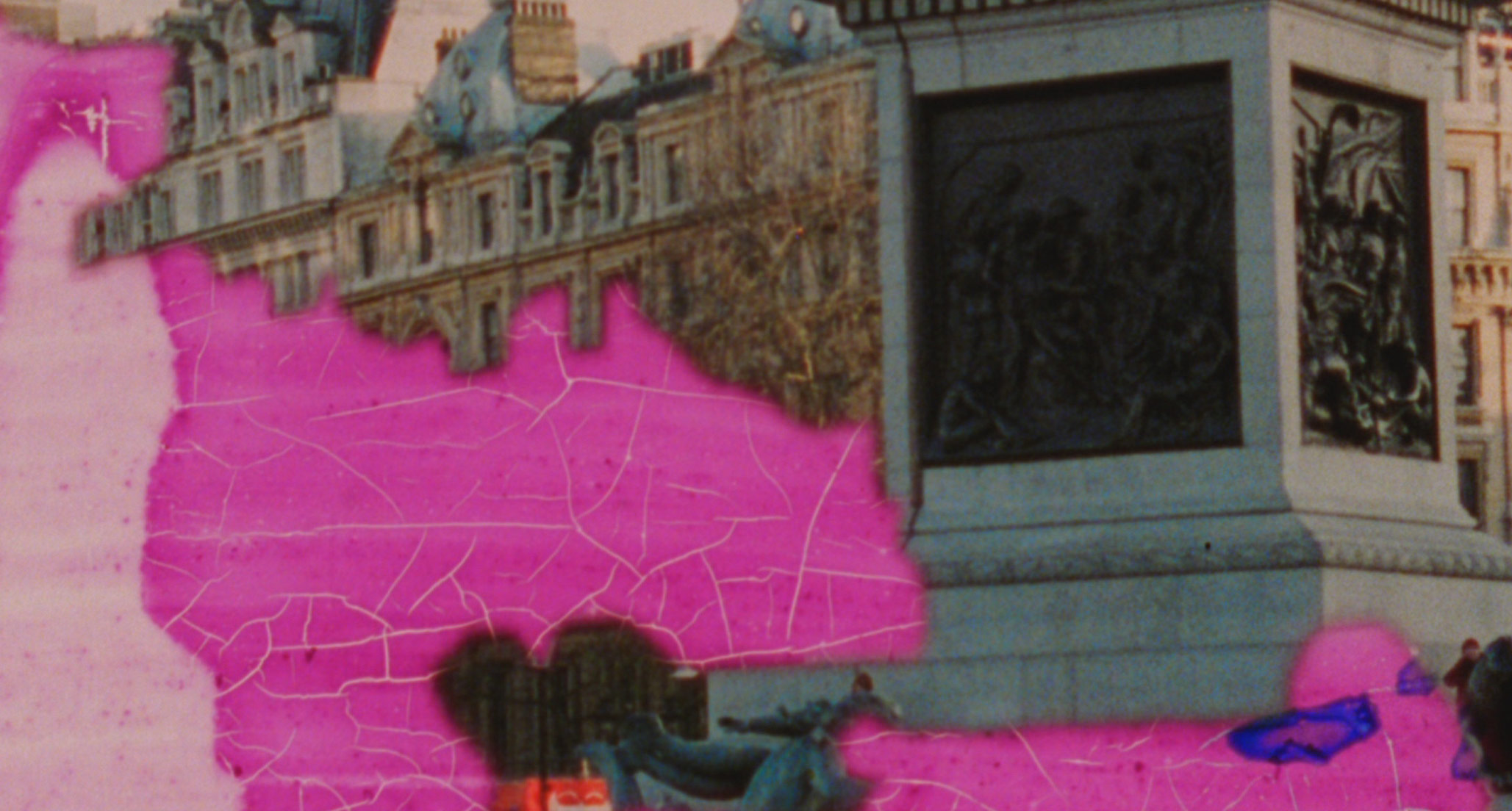 Nine contemporary female photo-artists who are represented by or exhibit with Artereal come together in this exhibition to interpret aspects of time and physical and psychological space.

A range of photographic approaches and the use of non-conventional materials and experimental techniques distinguish many of the works.

Svetlana Bailey’s way out way in, a monochromatic rendering of cryptically aligned anonymous all-white doorways, portrays architectural space that takes on a psychological implication beyond the physicality of its site. Her perspectival image is of ‘a place in-between’. It entangles the fictional and non-fictional, the true and the imagined. The artist describes this place, as a metaphor for her creative space ”… a place that divides and redefines – neither in nor out, a guarded area, the preserve of temptation, fear and for longing. A place for reconstruction of dreams and the imagination, a blank canvas for the unexpected to unfold.”

Similarly Anna Carey’s languorous video Slow, that embraces the connection between colour, place and memory negotiaties spaces as psychological resonating chambers that are virtual exterior sanctuaries for our interior states. The video is a companion work to In Search of Rainbows, a suite of seven fictive interiors, each in the hues of a single colour of the spectrum and modeled in miniature from the artist’s poetic conflation of recollection, imagination and reality. Anna Carey seeks to create a space of stillness, solitude and contemplation, a place for remembering days, forgetting time, for reverie; for drifting between reality and daydreams induced by colour.

For Rebecca Beardmore the subject, whether landscape or object, is secondary. It is mere departure data for creation of an image through the accident and incident of materials and surface. The artist’s goal is an amorphous ‘painterly’ visual impression – not classifiable, not crystalline, undefined, fluid; invoking a transformed consciousness of environment and a charged ‘daydreaming’ sense of suspended time and memory. The original or ‘departure’ image is photographed as it appears when reflected onto a polished metal sheet for a kind of visual impression or photo-illusion; creating a lingering temporal quality that is mutable – changeable, variable, fluctuating, capricious. The implication is of the capture of not necessarily a moment in time, but the transit of time.

Experimentation with unconventional materials characterizes Beardmore’s practice. Her Persistence of Vision series of images are imbedded in the surface of reflective shrink-mirror fabric that is wrapped and stretched taut on wooden stretchers in the way of conventional canvases. Photography, along with different modes of printing, from flatbed to screen, are among the amalgam of techniques and tools for Beardmore’s multi media processing of works.

Conflation of media and materials and the connection between film and painting is integral to the art practice of Jess MacNeil. Her preoccupation is with the dynamics of space, with transience and such esoteric concepts as ’the shape of between’. The artist’s works are marked by absence and non-specific encounter and by the potent spaces between. They embody a sensibility that is poised on the brink of engagement and non-engagement that is elusive, and cryptic, and expressed through fragmentation and angularity and focused in those parts that are ‘missing’ and predicated on a strange coexistence of presence and absence.

The original version of Disruption Continuum, a work of direct painting onto 16mm film that plays with fragmentation of architectural and public spaces, the choreography and gesture of paint-putting and the colour and craquelure and viscous qualities of paint, was commissioned by the Australian Centre for Contemporary Art. The curator was seeking ‘’artists that found meaning and poetry in the interstices and engaged with ideas through materials and at times, the immaterial’’. Its current translation continues the connection between analogue and digital that has been part of this work throughout its many processes of its creation.

Anne MacDonald acknowledges the history of the ‘vanitas’ genre in art and the association of the photograph as memento-mori for her contemporary explorations of the relationship between still life, transience and mortality. Her photographic installations focus on the symbolic potential for objects as metaphors for emotional states; as expressive of anxieties for our current age and the ephemerality and mutability of existence. Although distilled and minimalist her works invite a complex and layered reading. In recent works the detritus of the social ritual of an apparently joyous child’s birthday banquet is at another level an elegiac indicator of time’s inexorable passing and the brevity of childhood. All that glitters, an egg-shaped field of crumpled gold confetti medallions, mines connotations of luxe and indulgence implicit in the vogue for faux metallic party-ware decorations – contradictory when applied to the cheap, disposable and ‘temporary’ nature of the product – and a potent commentary for our time on the transience of personal and political excess and greed.

Shoufay Derz’s An unnamed landscape poem is a form of visual poetry in response to the sensibilities and ineffable language of the Eastern poet Rumi. Derz’s art investigates the limits and possibilities of language, and the ambiguities faced when attempting to visually articulate the unknown. Just as the writer uses words to express the indefinable, so too does Shoufay Derz’s art and research engage the intersections between language and unknown worlds. Her elegiac artworks are simultaneously a lament on the transience of life, and a celebration of its mystery.

Language is also integral to Emily Sandrussi’s performance piece The Whole Field of Human Knowledge. Sandrussi’s photograph is an introduction to her sound and installation work that serves as a denial of the enormity, the authority and cross–generational and worldwide reach of the Encyclopaedia Britannica and the culture that allowed it to flourish for so many years. The Encyclopaedia Britannica is ceremoniously and symbolically ‘silenced’ through an endurance performance, an unintelligible babel of women’s voices recorded reading each volume out loud, followed by an act of destruction in pulping each volume after reading in an echo of its real-world fall from grace and replacement by the technologies that made her project possible.

The philosophical conundrums of light and dark, truth and illusion and the alchemy of light and chemistry at the essence of photography are preoccupations for photo-artists Zan Wimberley and Simone Douglas.

For Simone Douglas her Sun Tests are a reflection on the idea of the sublime and a contemporary understanding of the photographic. She describes the dominant use of blue in the works as ‘… a reference to my research into 18th-century scientists, their desire for perfect knowledge via the conduit of the sun, and their consequent blindness caused by the excess of light. Blue is the last color we are able to perceive before blindness. Rather than being a record of ‘things’ it is the fixing of light in space over time.”

Fire, in the form of pyrotechnics for image creation and transfer is integral in the unconventional ‘no-camera’ The Burnt series of photograms by Zan Wimberley. Igniting flash powder creates light while creating painterly white patches where the powder alights onto photo-sensitive paper and along with gestural developer drips conjures a surreal cosmos and political metaphor for these volatile times.

The artist-made frames are charred for the cleansing and re-generation significance that is associated with burning and crafted from a timber, Douglas Fir, passed down from her late grandfather and that the Japanese use for a process called ‘shou suji ban’ where after charring a natural oil is applied making it more fire retardant than it was before and creating a terrain of beautiful ridges, peaks and troughs along the grain.

Notable is the physical absence of the human figure in these works with the exception of Emily Sandrussi’s – and there only glimpsed as largely obscured behind a tower stack of encyclopaedias. I raise it in conclusion – but whether this is indicative of a trend, of a gender bias, or incidental to the aesthetic choices of the curator and the gallery team can only be relevant in a much wider context and number of artists…