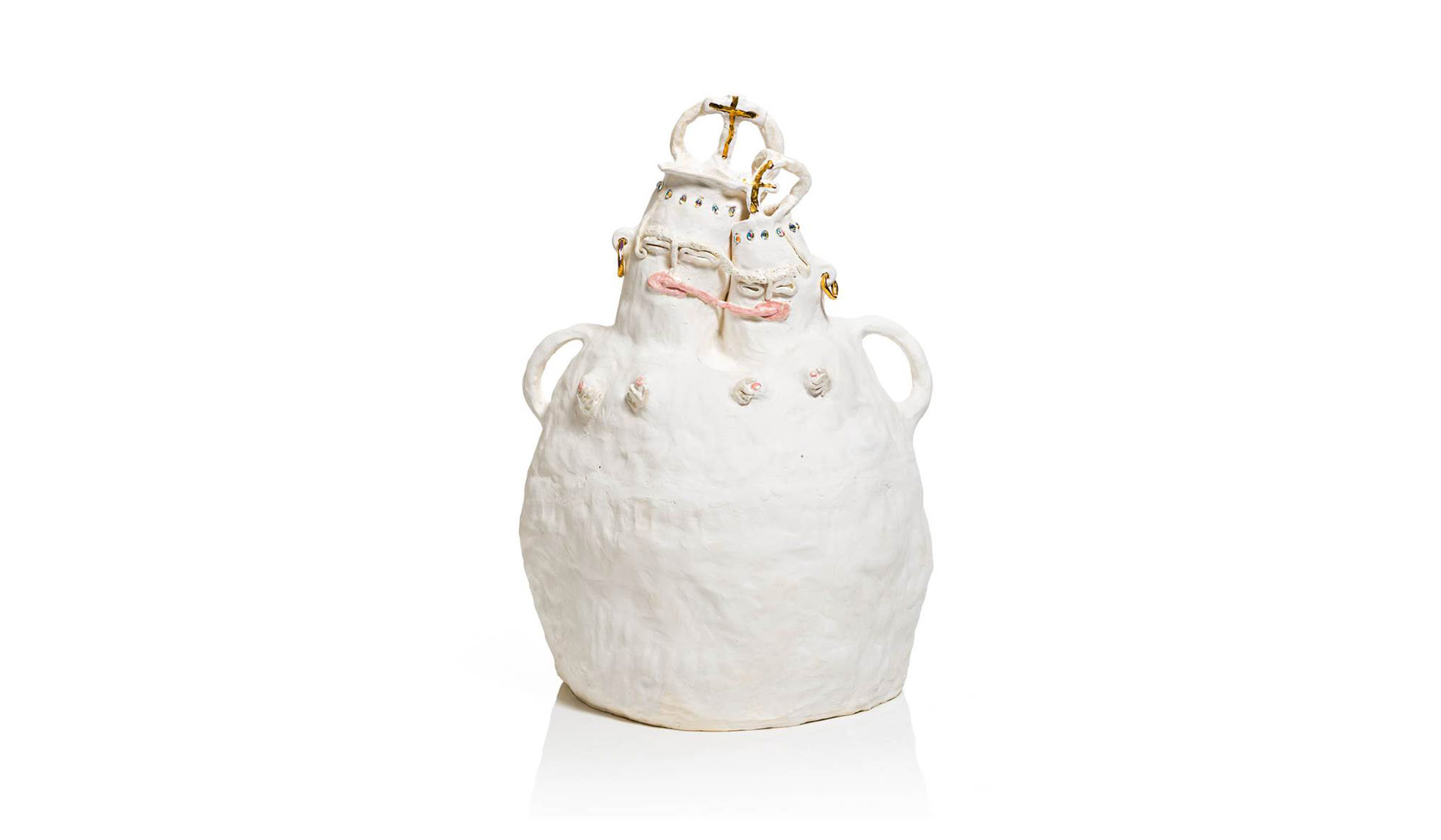 Claudia Nicholson’s multidisciplinary practice conflates an almost forensic research-based investigative approach (exploring the history, culture and traditions of her Colombian heritage) with a creative process underpinned by the key tenets of contemporary art making – sampling, collaging, appropriating and borrowing. Through her ceramic works and her paintings, Nicholson mashes together cultural references, art historical references and pop references to create artworks which all seek to explore identity – both the artist’s own identity but also, the concept and construct of identity itself.

“As a Colombian born Australian artist, adopted and raised in Sydney, my practice addresses issues around multiple identities, belonging, and separation from homeland. I occupy an ambivalent position between Latina, Amerindian and Australian cultures. I examine psychic and real connections to place through multidisciplinary forms of art making. Inherent in my work is a desire to connect to my heritage through the incorporation of established modes of artisanal practices with my own, specifically practices local to Central and South America. The work I make is a type of reverse erosion, an aggregation of symbols, experiences and cultural practices that highlight the role that volition plays in the construction of a queer identity.”

Although immediately recognisable as contemporary objects, Nicholson’s ceramic works perfectly illustrate her knack for drawing on disparate visual languages and cultural symbols to explore the fluidity of identity – how it is constructed and deconstructed, labeled as fake or lauded for its authenticity, inherited and discarded…

“My ceramics take their cue from the Alzate ceramics of Colombia. In 1912 the Alzate family were exposed for having produced fake pre-Columbian ceramic artifacts that were internationally acclaimed and collected. Ideas of authenticity are further addressed through the use of counterfeit brand logos, which double as Landino/a and Chicano/a signifiers.

My work conflates imagery from pre-Columbian ceramics, as well as catholic iconography. Gold is used to index pre-Columbia, Spanish imperialism and Chola subculture, linking these three historical moments to form an idea of Latin-ness. It alludes to Spanish colonists usurping indigenous spiritualties and replacing it with their own and in so doing refiguring the value of gold. Using relics of the original to build monuments for the new. Chola culture resonates with my practice because at its core it is concerned with cultural duality and displacement; it is a subculture that is the product of migration and cultural colonisation.“*

Shown alongside her ceramic works, Nicholson’s paintings likewise draw on pre-Colombian myths, the rites and rituals of Catholicism, contemporary Chola sub-culture and the now ubiquitous and universally recognisable brands and logos (sometimes real and sometimes fake) of consumer giants such as Polo Ralph Lauren and Nike. Beautifully and delicately painted, each of Claudia Nicholson’s dreamy yet surreal paintings hints at an underlying story, without ever fully revealing its own inherent narrative.

Claudia Nicholson is currently completing a Master of Fine Arts at the UNSW Art + Design. In 2014 she was invited to participate in the 4A Centre for Contemporary Asian Art Beijing studio residency with Shen Shaomin. This was her second time working with 4A having been the recipient of 4A’s Emerging Artist Award and mentorship in 2011.

Nicholson was also artist in residence at Firstdraft Gallery (2014) and was the 2015 recipient of the Freedman Foundation Travelling Art Scholarship. In 2016 she was part of safARI festival, was artist-in-residence at Casula Power House and produced work for MCA Art Bar and Dark Mofo festival at MONA. In the same year she was invited to work on the project ‘Women of Fairfield’ commissioned by C3West, MCA, Power House Youth Theatre and STARTTS and was commissioned by Runway Australian Experimental Art to generate new digital work for issue #31 West. She was a 2016 finalist in the Glenfiddich Artist residency prize and recently won the sculpture category of the 2016 Fisher’s Ghost Award at Campbelltown Arts Centre.

Caudia Nicholson was recently selected to exhibit as part of the biennial event, The National: New Australian Art and is currently showing new works at Carriageworks in Sydney. She was also recently invited to take part in Carriageworks inaugural artist-in-residence program at The Clothing Store in Eveleigh. 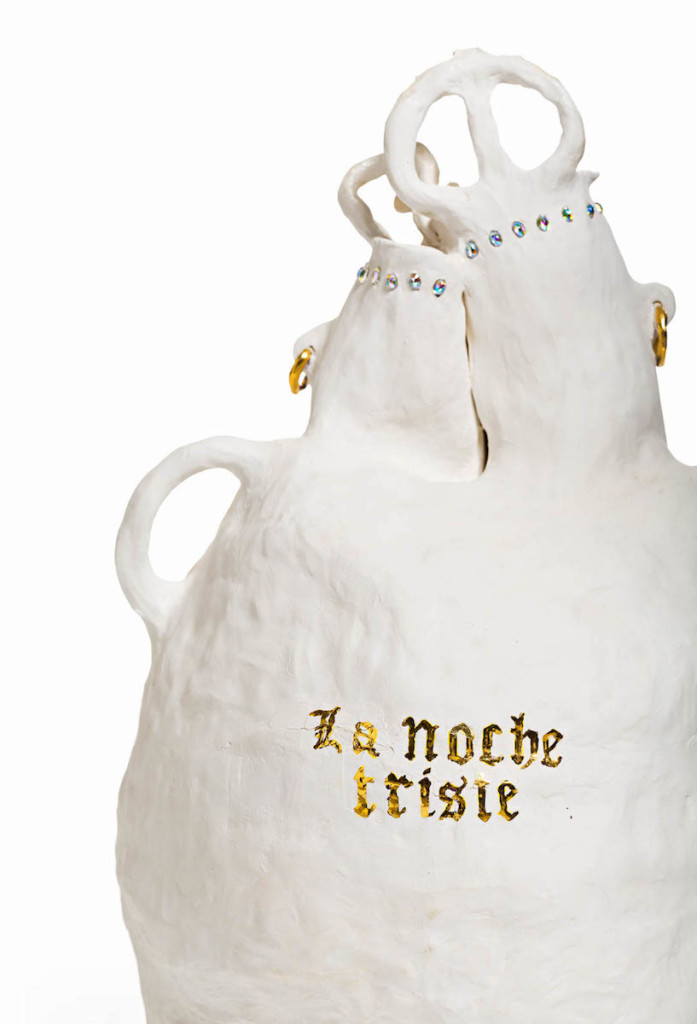