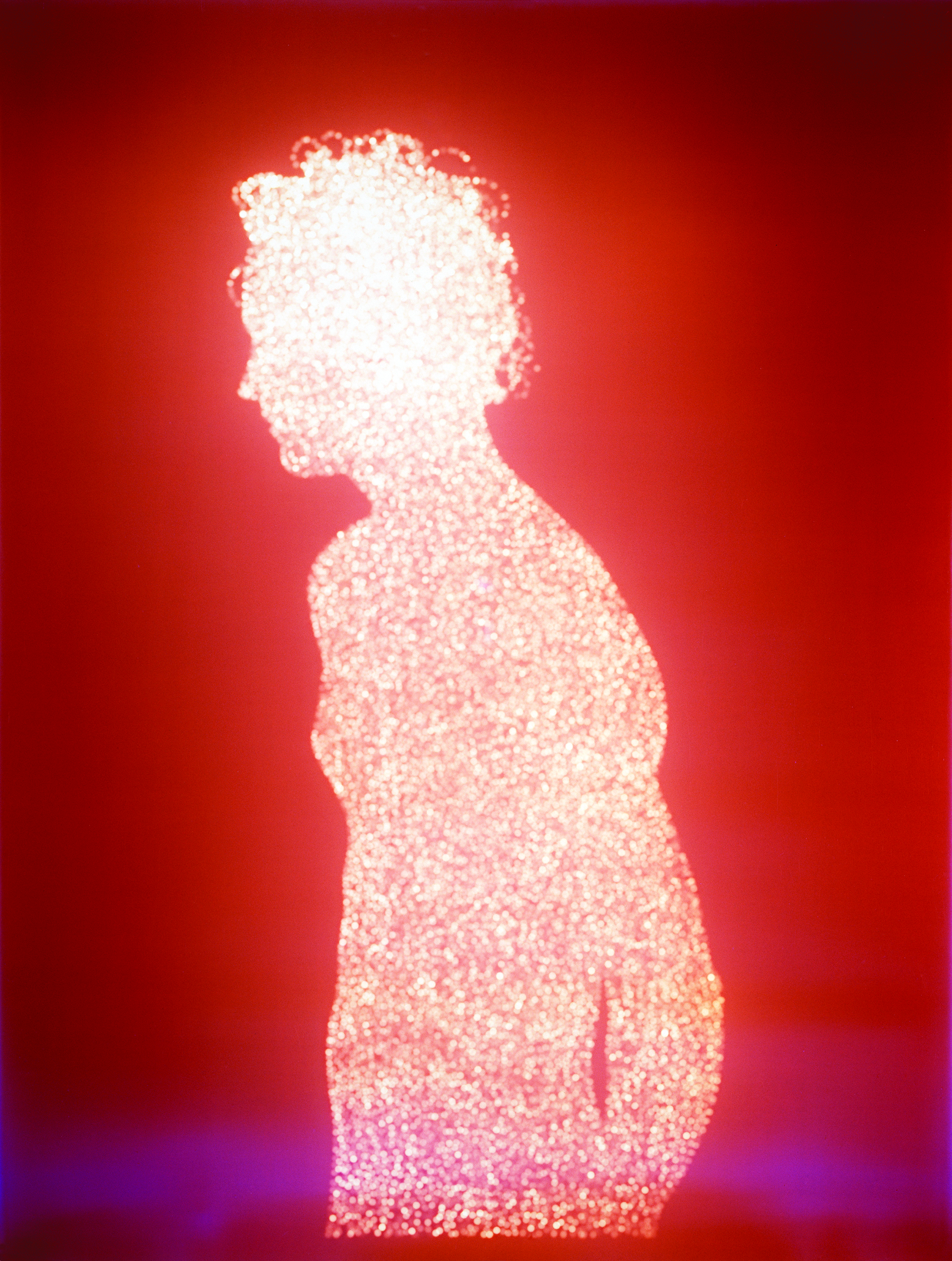 Guest began in August 1993. I made the first exposures using my giant thirty by forty-inch plate camera on the roof of the Victoria and Albert Museum where I was then working as an art historian in the prints and drawings department. The first group were friends – the painter Peter Schuyff, the photographic artists Adam Fuss, Susan Derges and Garry Fabian Miller. The process of making the Guest images is a cross between photography and drawing. Each ‘cell’ of light in the figure is a photographic image of the sun’s disc, and in each Guest there are about twenty-five thousand of these solar images – one for each day of a biblical span of three score years and ten.

A lifetime of suns. The blue field around the figure is an image of the sky. Precisely where all the solar images fall on the photographic paper inside the camera is determined by my ‘drawing’ a human silhouette with pinhole apertures on the front of the camera. The actual paper that was inside becomes the artwork. There is no negative and no enlargement. Guest began in the spring of 1973 when I was walking with a friend in the village where we grew up. On the pavement of the tree-lined street I saw thousands of circles of light blinking in and out of existence as the wind blew the leaves.

I turned to her and said “Why are they all perfect circles – when all the possible kinds of ‘hole’ you can make between round leaves are angular?” The next day she told me her physics teacher had said that they were all images of the sun, and that the tree was acting like a pinhole camera. Guest began in Assisi in 1989. I was backpacking around Italy with Susan my future wife. Reaching Assisi, tired after many weeks of travelling, we abandoned any thoughts of going on to Florence and stayed put. The following morning, the 8th of August, I awoke from a dream that changed my life. Deep in the mysterious narrative I saw the subject for strange sculptures. As soon as I returned home I started to make them. A year later I was touting them round commercial galleries in New York. Soon I was to quit my job and go off to live in Venice. The dream posed a question about the place of emotion and will in the world. Guest became its answer.

Guest began in 1991 on the roof of my house in London. At that time I was making paintings. I thought they were good – but I wanted them to be extraordinary. That summer, while driving from Los Angeles to San Francisco, with long stretches of road where some other part of one’s self controls the vehicle, the thought came into my mind that perhaps the paintings could work better as photographs – and that I could use the sun as the basic unit in a kind of photo-drawing. The first thought was a camera with hundreds of lenses – but then the memory of 1973 came back to me – pinhole cameras need not have only one aperture! 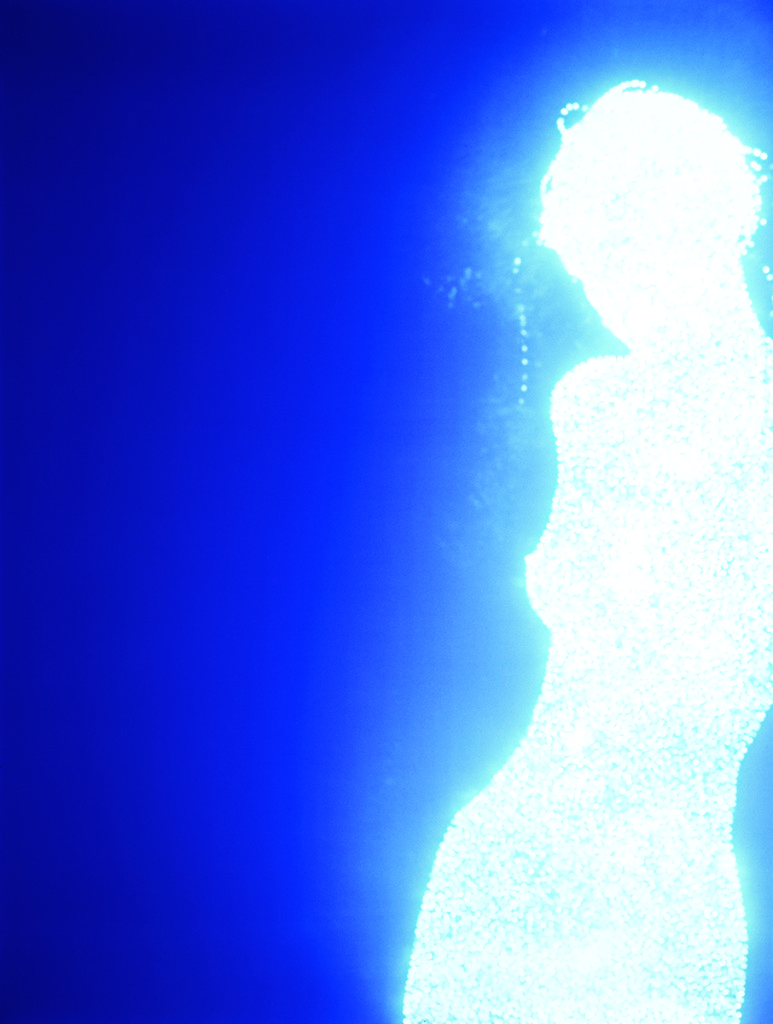 Back home I immediately got to work on a large cardboard box and made hundreds of pinholes in some aluminium foil I put on the front. On the back I stretched tracing paper. By the time I got up on the roof the sun was going down – and on my makeshift paper focusing screen appeared the astonishing sight of a thousand setting suns. Guest, as I understand it now, began in 1996 in Venice. A few years previously I had begun to get interested in psychology, and it was during our life Italy that this began to enter my thinking about the work. Who were these people I was choosing to be Guests? The answer was that they were all people I had dreamt about. Psychologists tell us that everyone in our dreams reflects an aspect of ourselves. So, in a way, these figures were self-portraits – and as a group they represent fragments of one mind. They function, therefore, like the subject of the Last Supper does in the Christian myth, as a cast of characters before the action of the Passion begins.

Guest began in 1957 – the year I was born – in Manchester. My entering into culture – and culture entering into me – began as the linguistic Guest flooded in to inhabit the infant Host vessel. I see the culture I was born into as my external organ – one grown by my ancestors within the human species as a whole. As I access it – and it me – the Host and the Guest interact. This contact is that of an inquiline – like the co-operation of two living organisms. Guest began before I was born. Guest is not the physical series of photographs, but a process that has roots in time – back across the generations. Making work changes me – and new work, in order to reflect that changed being, must itself change. As the self changes, so I understand past work from a different perspective than that from which I first made it. This whole process feels like revelation – like light – like showing the self to the self.