Photography, video, sculpture and installation are vehicles for Owen Leong’s unsettling yet seductive ‘story portraits’ that blur the boundaries between his real and performed selves. His body is a participatory force, co-opted as image and object; an expressive medium for his politically and culturally freighted images and themes of cultural disembodiment and constructions of power and is a persuasive platform for the making and un-making of social meanings and values.

The Bloodmilk series of confronting yet poignant photographs captures self and family images as half-length portraits that explore the complexities and power of human connection, and the anxieties of belonging and not belonging. Owen Leong, an artist, growing up Asian in Australia, enters into psycho/physical narratives of identity and displacement between cultures.

A sexual and fetishistic undertone pervades his works and is a potent metaphor for the tension and politics of gender and cultural power plays. A vocabulary of materials: rubber hoods and masks to disguise; metal surgical restraints to discipline and control; and modeled body organs, hearts, limbs and veins fashioned from crystal, wax and leather that are hand-held, external and exposed, are charged symbols of dominance and submission. 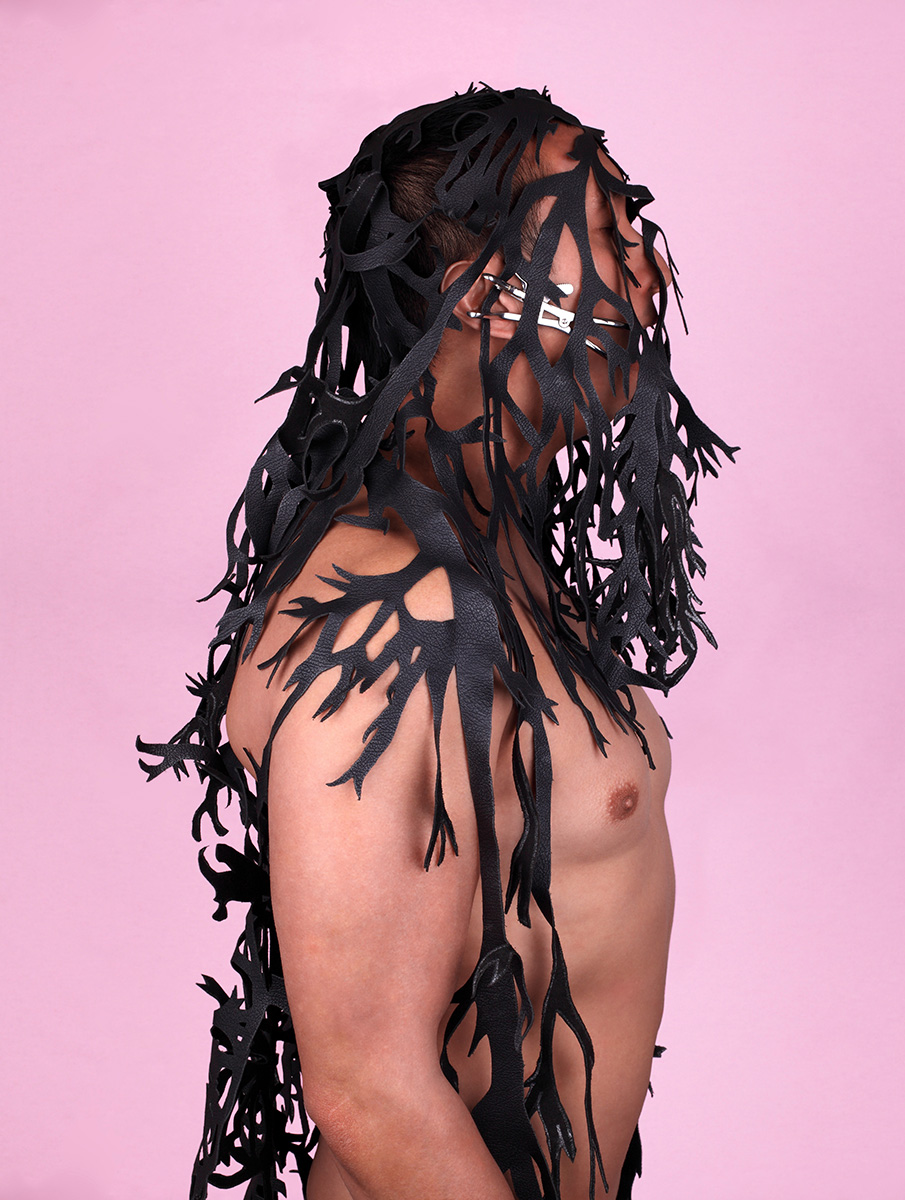 Infinite Love, a videoed performance, depicts an intimate close-up of the artist with an oral surgical device keeping his mouth forcibly open. White liquid drips into and over his gaping mouth from a sculpted human heart cast from frozen milk. The sequence closes in a miasma of white glutinous fluid filling the screen. Leong’s positioning of an Asian-Australian body subsumed by what he terms a ‘hegemonic Whiteness” is a visceral, haunting observation on “the shifting narratives of identity, race, and power in contemporary Australia”. Leong’s Infinite Love has been selected as a finalist in the prestigious APB Foundation Signature Art Prize 2014 to be exhibited at the Singapore Art Museum.

Blood and milk, signaling family, lineage, and the corporeal are coupled for the exhibition title. Along with honey, wax and ‘embalmed’ plant forms that stand in for the body, these substances are metaphor for survival, preservation and the life force, a pervasive concept in Leong’s works. Bloodmilk is significant for the gesture towards healing carried within these materials, and the artist’s engagement with Chinese medicine, philosophy and systems of knowledge imbedded in his Asian heritage. Leong’s body is a site for the artist’s enactment of a consciousness of race, sexuality and culture and for a wider genre of the human condition.

Important national photography prizes include his recent selection as a finalist in both the Josephine Ulrick and Win Schubert Photography Award and Bowness Photography Prize, and a three-time finalist in the Helen Lemprière Traveling Art Scholarship. Owen Leong has been the recipient of several awards and grants from the Australia Council for the Arts, Ian Potter Cultural Trust, Art Gallery of NSW and Asialink. He has held residencies at Artspace, Sydney; Chinese Arts Centre, Manchester; Cité Internationale des Arts, Paris; and Tokyo Wonder Site, Japan. Owen Leong will take up a Swatch Art Peace Hotel Residency in Shanghai, China in 2015.