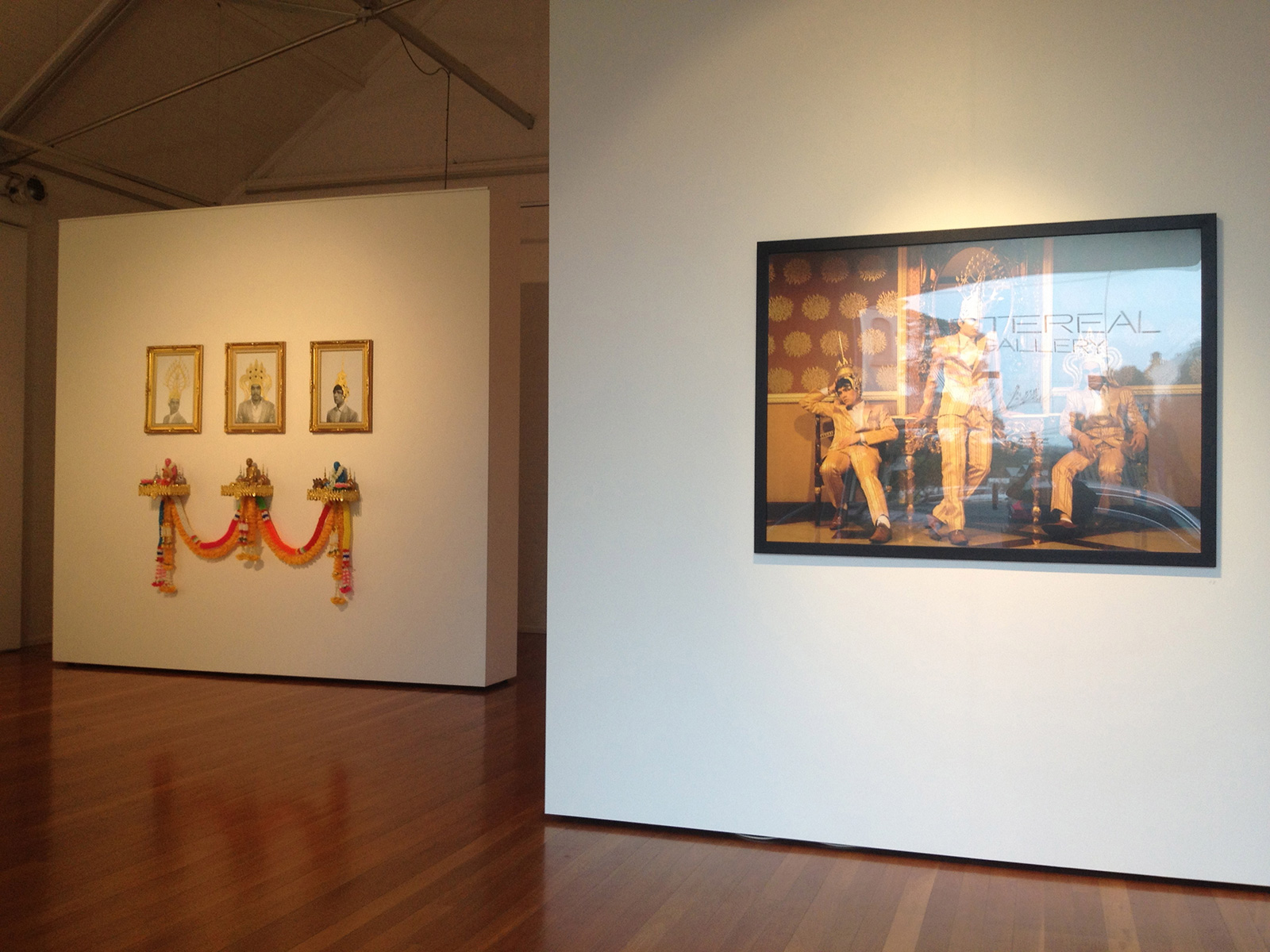 Fresh from the National Gallery of Victoria Studio and the 2012 Next Wave festival in Melbourne is ‘The Greater Asia Co-Prosperity Sphere’, a fictional pan-Asian empire formed from the collaboration of artists, Abdul Abdullah, Casey Ayres and Nathan Beard.

Fresh from the National Gallery of Victoria Studio and the 2012 Next Wave festival in Melbourne is ‘The Greater Asia Co-Prosperity Sphere’, a fictional pan-Asian empire formed from the collaboration of artists, Abdul Abdullah, Casey Ayres and Nathan Beard. The Perth based artists are Australian Eurasians who all have Asian mothers and Caucasian fathers. The ‘artefacts’ shown in this exhibition are expressive of the dilemma of their identity: ‘We are neither Western nor Asian, we belong in neither, yet belong in both at the same time”.

The ‘idea’ of an embassy is as an arcane in-between space between nations, and a place for cultural and political negotiation and for expression of national identity. Accordingly, the artists of The Greater Asia Co-Prosperity Sphere have established their own ‘embassy’ for their fictive alliance, with a cultural program and attendant regalia and accoutrements of office. The portraits, shrines (including one to Yul Brynner as King Mongkut), a dragon boat and ‘official’ photographs, display self aware humour as well as pathos; consciously employing an element of self deprecation to ease the way into interpreting the complexities of dual heritages.

A personal insight into both the richness and the quandary of this legacy is lucidly expressed by Abdul Abdullah who was selected as a finalist in the 2011 Archibald Prize and won the 2011 Blake Prize for Human Justice: I am a seventh generation Australian with a direct paternal link to a convict who arrived in this country in 1815, and my name is Abdul Abdullah and I am a Muslim. Whilst my father’s side of the family has been here for generations my mother is Malay and as a result I do not look like a typical ‘Aussie’. I have trouble identifying with this nationalist marker and prefer to see myself as ethnically ambiguous with no inherent political or cultural standards to adhere to. I am an alien living in a colonial outpost and my struggle for definition seems quite apart from my neighbours.