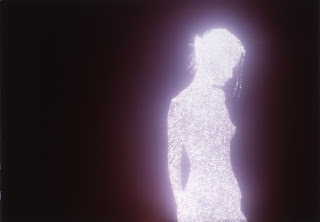 Internationally renowned, UK based artist Christopher Bucklow has been invited to mount a major retrospective of his works at Southampton City Art Gallery in the United Kingdom.

The retrospective, titled Said now, for all time, will showcase significant paintings and photographs from Christopher Bucklow’s extensive career. The exhibition can be seen at Southampton City Art Gallery until 13 January 2018.

Christopher Bucklow is a prominent British contemporary artist who works in various mediums and is best known for his photographs and paintings. He has been exhibiting internationally since 1996, with numerous solo and group exhibitions at prestigious institutions including the Photographers’ Gallery in London, the Museum of Modern Art in New York, and the Victoria and Albert Museum in London.

Bucklow’s exhibition at Southampton City Art Gallery also coincides with the launch of three new books on the artist’s work.

The exhibition catalogue, ‘Said Now, For All Time’, features a preface by Martin Harrison, author of the Francis Bacon Catalogue Raisonne, and an iconographical essay by Alex Faulkner.

And in the words of the artist… “The third book is a platonic dialogue, set on Mars, long after I  am dead. It takes the form of a future Melvyn Bragg style radio programme; ‘Life on Mars’, broadcast in 2117 for the Other World Service of the BBC. The academics discuss the paintings of Dimitri, my alter ego. This book is aimed at students, and in simple language, gets to grips with the question of having an iconography – or not.”