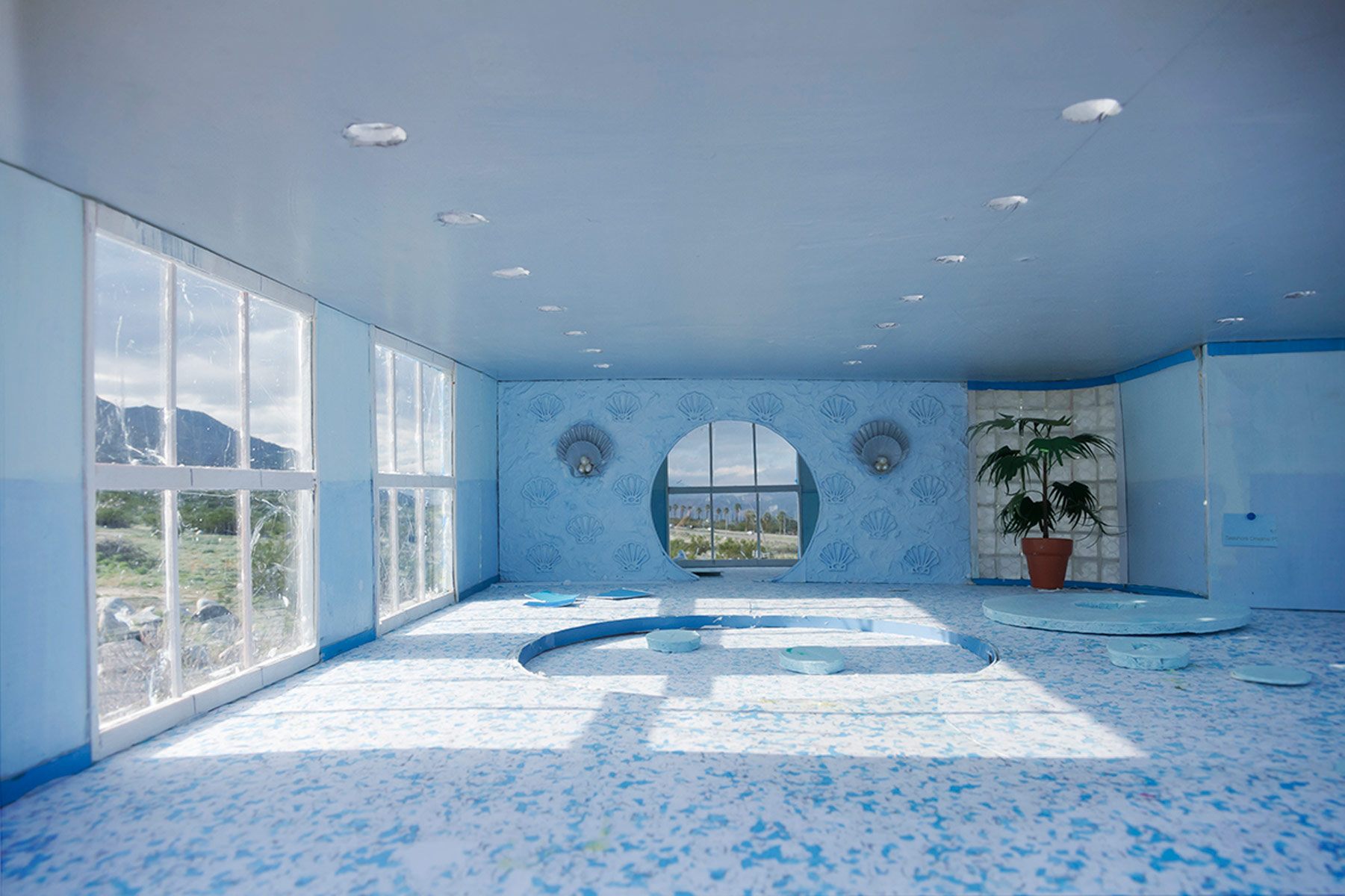 Congratulations to Anna Carey on being selected as a finalist in this year’s Fisher’s Ghost Art Award for her work Blue Pearl, 2017. The Award coincides with Campbelltown’s annual Festival of Fisher’s Ghost. Held over 10 days, the Festival dates back to 1956 and celebrates Australia’s most famous ghost – Frederick Fisher.

The Open Section of the Art Award is acquisitive to the Campbelltown Arts Centre’s permanent collection. In the past it has been awarded to some of Australia’s most respected contemporary artists, including Elisabeth Cummings, Khaled Sabsabi, Justene Williams, David Bromley, Marion Borgelt, Raquel Ormella and Philip Wolfhagen.

Anna’s work overlaps photography and sculpture, interweaving model-making, drawing and photography to create fictive architectural spaces based on the urban environments of cities such as her hometown of the Gold Coast in Queensland, alongside Los Angeles, Las Vegas and Palm Springs.

Throughout her art practice, Anna focuses on architectural spaces as a medium to open up an imaginative realm for the viewer. She employs fragile cardboard constructions, documented in video and photographs to express and access the psychological sensibility beyond manufactured physical façades.

Anna’s work Blue Pearl will be exhibited alongside other shortlisted works at the Campbelltown Arts Centre from the 3rd of November to the 13th of December, 2018. The winner of the award will be announced at the official opening night on Friday, the 2nd of  November.