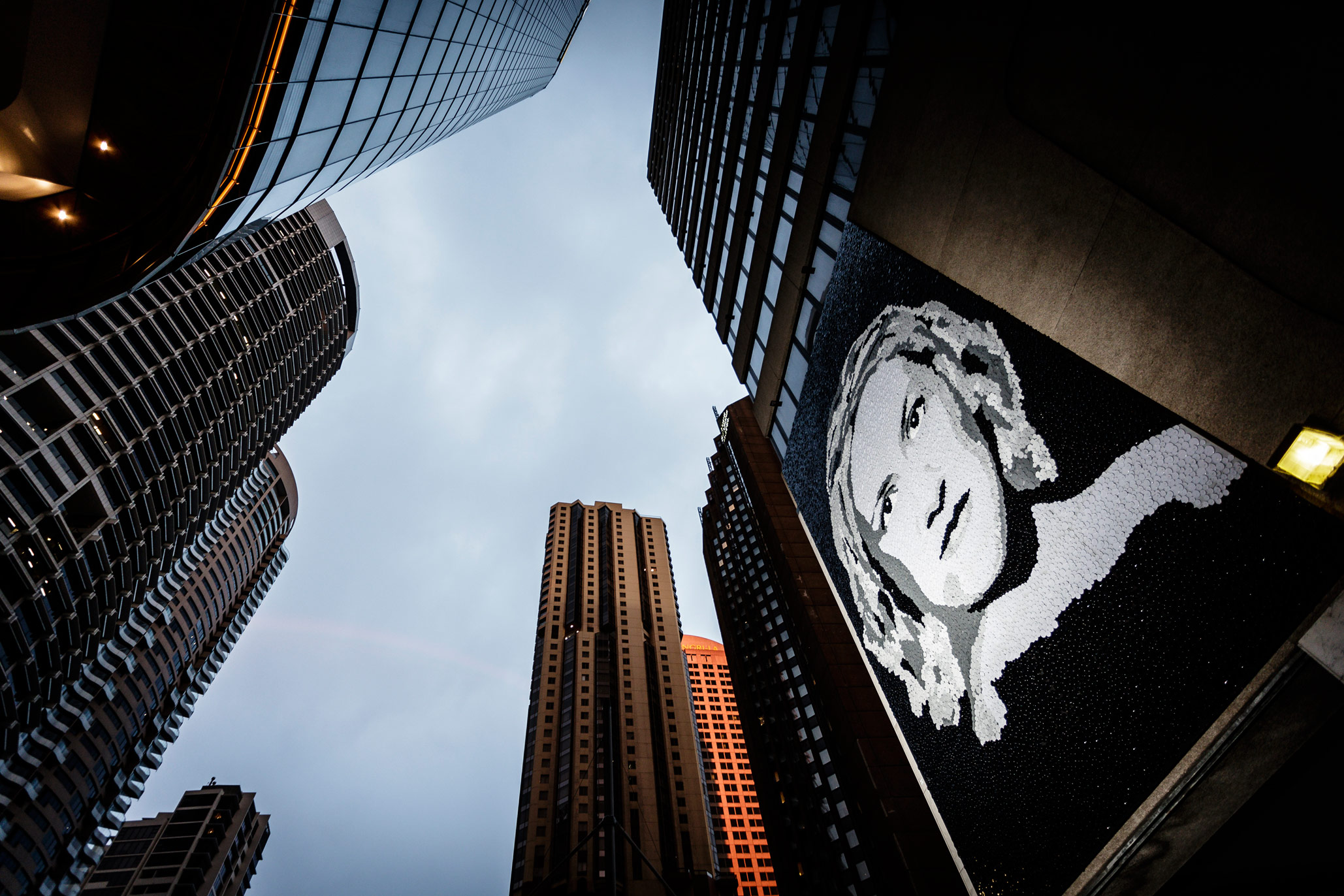 As part of the campaign, Noula was commissioned by American Express to create a giant mural of Felicity Cook, a domestic violence survivor. Constructed from 20,000 jar lids to symbolise the 20,000 Two Good meals that will be donated by American Express for women in safe houses across Sydney and Melbourne, the artwork conveys the idea that ‘Love Shouldn’t Hurt’.

Measuring over 60sqm, the artwork is currently installed at 180 George Street to promote the campaign, and in its simplicity and sheer size is a striking tribute to all women affected by domestic violence in Australia.

To contribute to the #deliveringgood campaign simply use your American Express card to purchase any meal through Deliveroo and have a Two Good meal donated on your behalf. 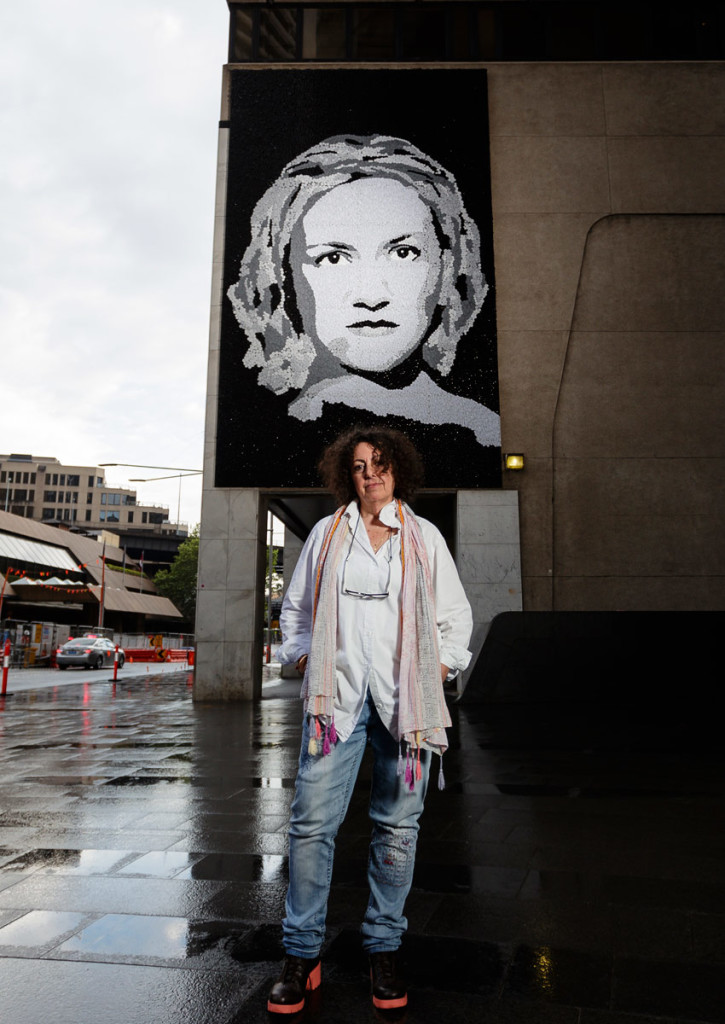 Read more about the ‘Delivering Good’ campaign and Noula’s artwork via:

Noula is also a current finalist in the 2017 International Society for the Study of Trauma and Dissociation Media Award – Audio/Visual category for her recent public art project Love shouldn’t hurt.