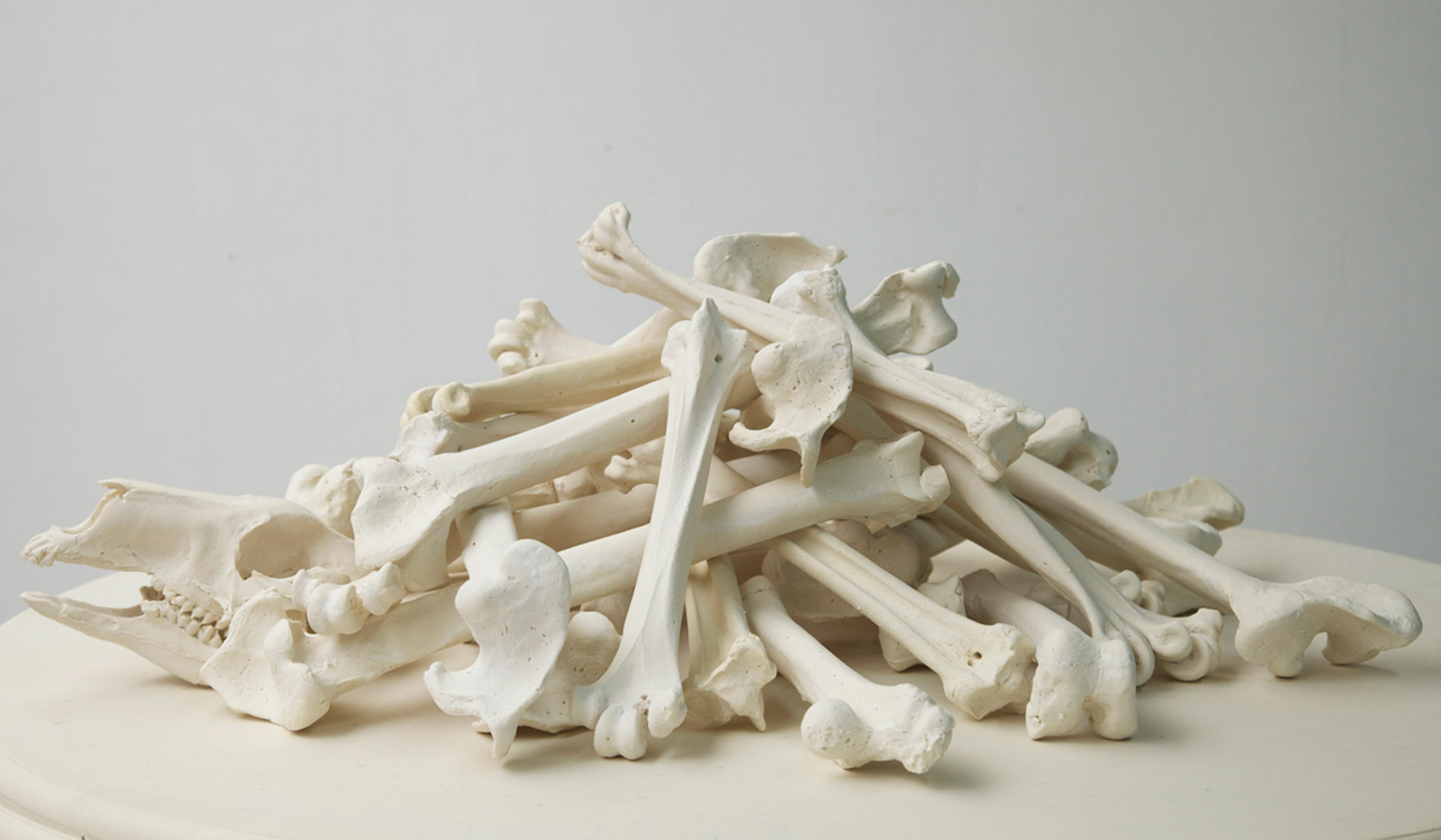 Artereal Gallery is pleased to announce that Hayden Fowler has been selected for inclusion in Installation Contemporary, a curated section of the upcoming art fair Sydney Contemporary.

Curated by Chief Curator at the Museum of Contemporary Art Australia Rachel Kent and Assistant Curator Megan Robson, Installation Contemporary presents an exhibition of ambitious and large-scale artworks throughout the Carriageworks precinct.

Installation Contemporary 2017 brings together 15 contemporary Australian and International artists working across a range of mediums from painting and sculpture, drawing and ceramics, through to installation and video. Included within this program is Hayden Fowler’s installation work Australia.

In the work an intricate, circular table holds up the piled bones of Australia’s past. This colonial-styled relic appears too as sun-bleached bone, suggesting the fated dependency of a malignancy on its host. However, the insistent ringing of cicadas portends a timeless resistance and a claiming back, an idea that the spirit of the continent will one day thrive again.