BD  What brought you together?

CB  We met in 1994 after I saw Simone’s work when I was on a selection panel for The Photographers Gallery in London. I thought her work was very beautiful and powerful. At the time, I was working at the V&A museum, and we acquired Simone’s work for the national collection.

SD We met in 1994 following my solo exhibition ‘Aberrations’ at The Photographers Gallery in London. Chris was on the selection committee as part of his role as Curator of Prints and Drawings at The Victoria & Albert Museum in London. Ruth Charity, the curator at The Photographers Gallery, suggested that I meet Chris. I was profoundly mesmerised by his images and his way of working with light and the sun. It was the start of a long conversation – one that has continued across countries and hemispheres. 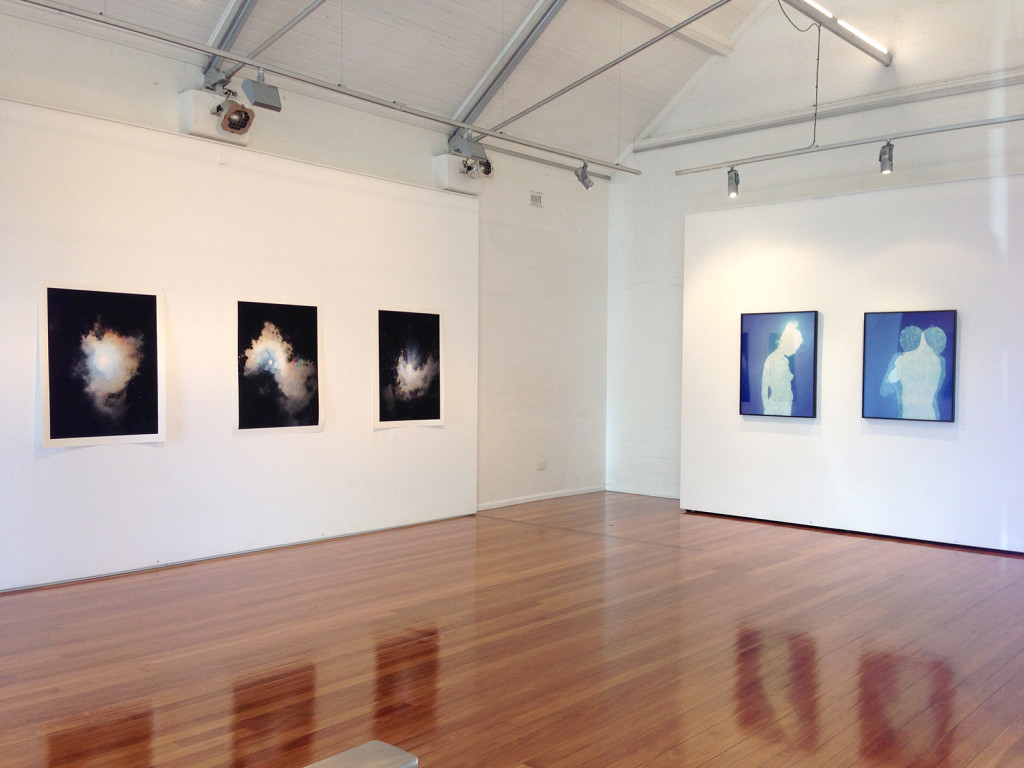 BD     Light is integral to both your practices. Can you elaborate on its significance?

CB   Initially, I think I turned to light as a natural metaphor for feeling. I’m talking with hindsight here. The sun is a self-luminous body. It was how I felt about the phenomenon of the human mind as a phenomenon of the world. My work with the sun began in 1991 and I thought about solar work in a different way back then. If you had asked me this same question at that time, I would have answered that light and the sun were natural symbols of language or logos. I was interested in what I called the ‘linguistic body’; the cultural information that is poured into the human from birth onwards. You see it in various mythologies across the world. Within the Christian myth for example, you see it in the baptism ceremony where the priest holds a candle to the child’s face symbolizing the entry of the child into the cult, and the entry of language – the Word – into the child. I won’t deny that, that is part of the Guest series, but it’s funny how work tends not to be wholly about the things you thought it was about right at the beginning. It’s as if the unconscious impels the work to be made, but it is not party to its motives and meanings right away. And what the rational mind is really doing when you talk about your ideas at that moment, is trying to come up with a convincing hypothesis of what the energy behind the creation of the work is. And on the whole, you believe yourself! But I’ve been doing it too long now, to completely believe that line – I know myself better now. So I’d have to say light was originally about feeling.

But there was always something else in the background, and that was to do with how light behaves in the Double Slit Experiment. Even as a teenager I found it curious that the fact that light is both particle & wave and matter & energy, probably connected with a sense that I was both a body and a soul. And that in some way, both are one.

The particle-wave duality never really made sense to me, nor the body-mind duality. Light was clearly neither particle nor wave, just showing up as one or the other if looked at in a certain way. But in reality it is actually one phenomenon that cannot be properly apprehended on this plane, or with this vehicle, the human psycho-somatic entity. The choices I made about using light in the way that I have must have been coloured by these kinds of feelings.

SD It is as simple and as complex as this; It is the universe in return.

But if I had to expand further… Photography, a contemporary medium of light, has been in revolution since its inception. Even before it existed, the idea of it, the holder of light, was a radical departure from the way we saw ourselves and the world around us.  In the most remote, darkest corner of our universe, there is still light. Consider the now famous image made using the Hubble Telescope. Pointed into the darkest area of space and exposed for days, light traveling for an incomprehensible period of time was arrested on the photographic plate. What a beautiful conundrum it caused. The light at the original source no longer existed, but it did exist some multitude of light years away in time, and part of that light came to rest in the photograph. To hold light.  That most crucial, ephemeral, spiritual, pragmatic holder of life itself. The paradox.

BD  Chris, you have been described as a “pillar of the camera-less photography movement” and Simone, you utilize a variety of equipment and techniques…

CB Yes, the metaphors inherent within my camera-less technique are important in this body of work. Having no negative and having the actual sun touch the final print was important to me. Art historians have a word for it; they call it indexicality – the impression of the subject, almost like a fossil, onto the paper. Ultimately it is about metaphors to do with the sense of touch rather than sight, like the relics of Saints or St Lucy’s handkerchief with the impression of Christ’s face upon it after it was used to wipe his brow. Or the Turin shroud, which is probably the best known example. My motives for connecting with this tradition would have originally had to do with a sense that reason and ego-consciousness is not the sole ‘universe’ of the psyche. I think I intuited the presence of a parallel universe, one that the conscious ‘universe’ floated within like a bubble, the vast universe of the unconscious. The indexical camera-less technique allowed the world – nature, to record itself tangibly. But you would have to realize, to understand this properly, that the ‘world’ or ‘nature’ would be symbolizing or a metaphor for, the non-ego.

SD The camera is one of the conduits of light that enable me to make the final work. So I move between analogue, digital (but not Photoshop) and light itself. I don’t use camera-less as a word as it implies it was first with camera, as light has rendered imagery for time immemorial.  A camera is a contemporary holder of light. I use a camera at times, as it enables me to hold light as it were in my hands – to shape it. A final work might involve an image made using light and the camera conduit of light. The digital mathematical rendition of light is another medium again. Another system, another language. 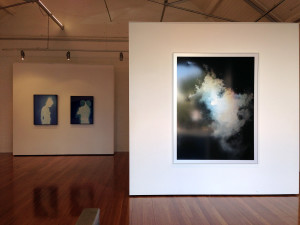 BD The figure appears as a wraith in your work Chris, while it is absent in Simone’s…

CB  Well this connects well with my last point. I feel that in art anything chosen by the artist to be in the work is symbolic of the human, or some aspect of the psyche. So while there are figures in my work, to me the spaces of Simone’s work are aspects of the human too. The landscape of the Australian interior is human, it’s a metaphor for a state of mind, almost a zen-like field of ‘being’ rather than a collected ‘particle’ of individual consciousness. This can represent a wish or an actuality of mind. Didn’t the early settlers believe there was in inland sea within central Australia? I too think there is an inland sea. The sea of the unconscious. I feel that is where Simone is attracted so that here spaces are all human to me.

SD The human figure is present in my work by its absence. But that is to limit what might be constituted as the figure – as Chris identifies.

Landscape existing and mythical is a human understanding. We are always in relationship to it, in it. In fact I write this from the remains of the inland sea, the remote desert, above the interior hidden sea and under that epic sky. My presence, the body, is ephemeral against time. If you like, the ‘absence’ of the body is photographic. Like the swift passing of light and shadow, it occurs but it is not visually held – “the sea of the unconscious.”

When I first came into view of Chris’s work, I was profoundly struck by the duality of the body as made by multiple suns. I had been working with the singular sun and here was this artist who had filled the body with hundreds of suns via a camera-less technique that for all intents and purposes was indexical.  The indexical potential of hundreds of suns as held by the body, a poetic radical act. I revisited philosophic theory, photographic theory, theology… but none marked that radical potential. I was moved to work with distant suns as well as our near one. It was a continuation of a long held desire to ‘fall’ into the universe. In his later work as a painter I see bodies fall through space, a simultaneous call between sky, space, land/ desert, psyche. Each painting gives revelation.