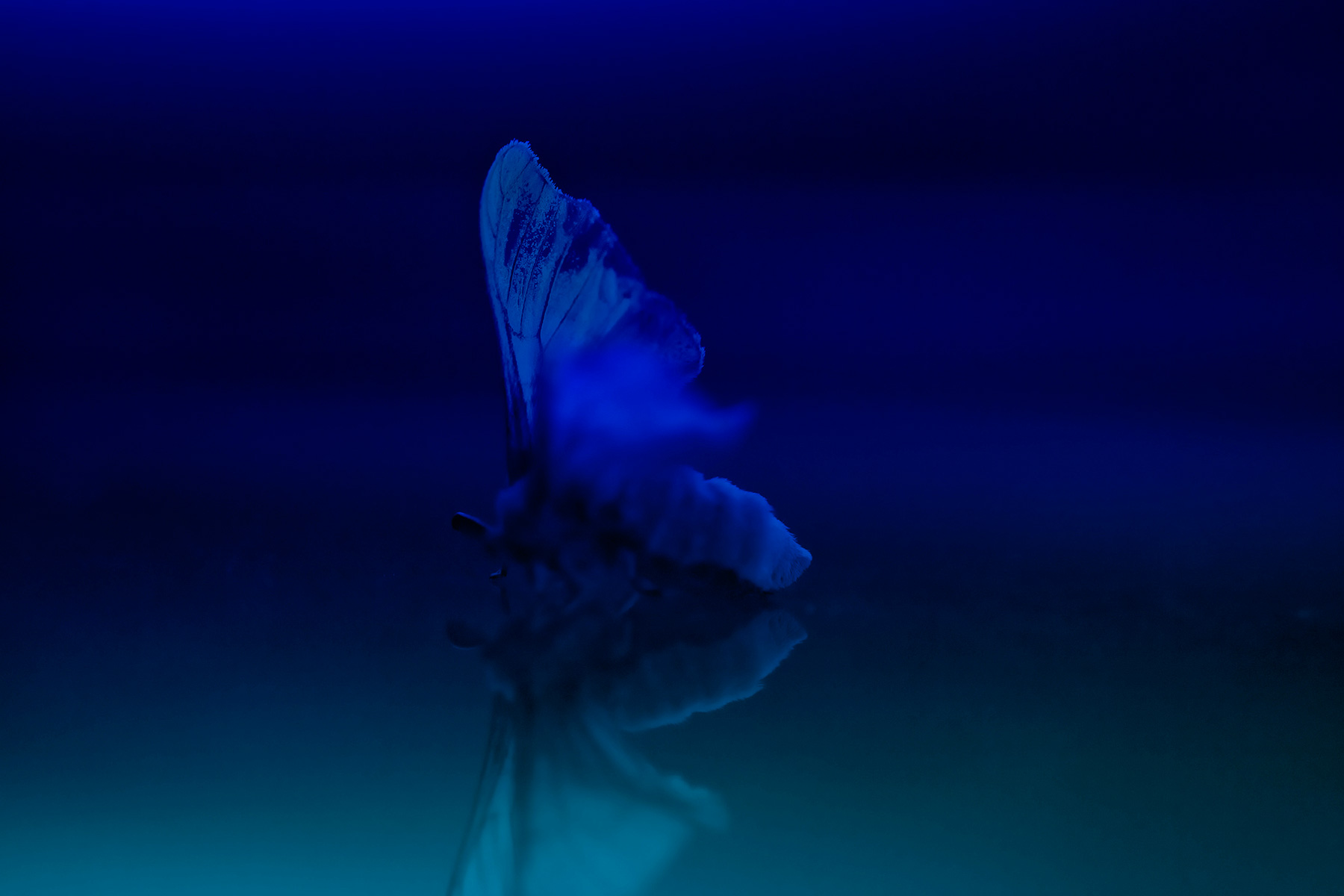 Shoufay Derz is a Sydney based artist of German and Taiwanese heritage who sets out to conjure the ineffable. To portray that experience, emotion or phenomenon that is understood but not necessarily present; that state, that enigma, which resides at just beneath the threshold of perception or beyond vision.

Working principally in photo-media and sculptural installation, Shoufay Derz creates works that explore how the mystique of absence can be articulated through marks and traces of presence. She seeks to make ‘visible’ the invisible. By selecting aspects of a visual language of the known to depict the ‘unknown and unknowable’, her works negotiate a haunting strategy of ambivalence, hovering between an articulation of presence and a palpable absence.The fragility of life as both transient and beautiful is integral to her practice: to the images, the depicted sites at which they are set or enacted and the materials, gold, natural pigments, marble and the alchemical processes she chooses.

The artist acknowledges that death is the only certainty and yet it is the ultimate unknown. It is a current that pervades Shoufay’s oeuvre, her works being at once a form of universal memento mori, a reminder of the inevitability of death, and a personal exploration and homage to her late father. But In the finality of death – the eternal absence, is implicit the awe and transformative wonder of life. The colour indigo, a plant product and a traditional silk dye which in a lengthy process transitions from its natural green to blue with urine as mordant, suffuses the Depart without Return series of works; at once alluding to the separation between the known and the unknown, a kind of ‘blue yonder, and symbolises the infinite void. 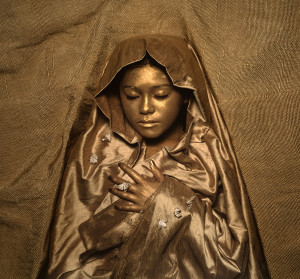 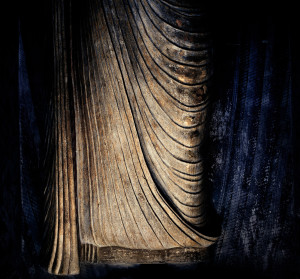 The significance of the colour blue, the silk moth and other life cycle imagery throughout the series is articulated by the artist In an interview with Owen Leong for Peril magazine www.peril.com.au: In ‘Depart without Return’, I lie in a small canoe shrouded in indigo silk with live blind moths covering my face. Moths are typically attracted to light, but my dark painted face points to an absence of light, reminiscent of the Godheads of Hunduism, Buddhism and Jainism which are depicted blue-skinned as a symbol of the infinite.

An interesting fact is that the ‘Bombyx Mori’(the silk moth) has become blind and unable to eat or fly. The pupa’s sole function is to produce the fine filament of thread and it repeatedly moves its head in a figure of eight to weave its cocoon, this symbol of eternity is enacted in a transformation that can produce thread up to eight kilometres long.

Her ‘Negatives ‘series of photographs exploits the expressive potential of remote ‘negative’, empty sites of desert landscapes with their ever-shifting sands, vast and eternally changing terrain that epitomise the unknown and impermanence. The sense of ‘far away’ and estrangement is amplified by the choice to make the print in the heightened hot saffron colour for land, lake and sky. This new work was developed from Shoufay Derz’s solitary journey travelling through the remote areas of the Taklamakan Desert, in south west China, the world’s second largest shifting sand desert – a place given many local names but which in the Ughur language means “place of no return”.

The artist’s most recent work, the time-based installation, ‘Without’, further develops the abstract concept of absence and presence. Blue ink will drip at intervals during the exhibition from a sleek, gold-plated pipe suspended above a stack of paper set on a block of Wombeyan marble selected as embedded with the depth of geological time. The process will create a series of enigmatic ‘phantom’ paintings in blue ink. The permanent traces visible on paper, but made entirely in the absence of the artist … 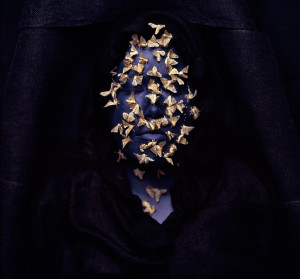 Following this exhibition Shoufay Derz is undertaking a residency at a Taipei Artist Village, Taiwan, during which she will be developing new works on traditional funeral and mourning customs of contemporary Taiwanese society. She has been the recipient of numerous awards and grants, including two Australia Council grants and the Trinity Grammar artist residency. At the age of 24, Shoufay Derz was winner of the prestigious 52nd Blake Prize for Religious Art, awarded for her mysterious and abstract photographic series Linking back.

Her work has been included in major group exhibitions at The Museum of Modern Art (Shanghai), and OCTA Museum of Contemporary Art (Shenzhen) and in 2013 in Pigeon Auction: looking at suburban subcultures at Casula Powerhouse Arts Centre and Phantom Limb at Sydney University of Technology in Sydney. A work from her Negatives series was a finalist in the signifcant Bowness Photography Prize this year.  Shoufay Derz holds a Masters of Fine Arts by research (Media Arts), a Bachelor of Fine Arts (Honours) (Photo Media) and a Diploma of Fine Arts (Photography). She is currently undertaking a PhD at Sydney College of the Arts. 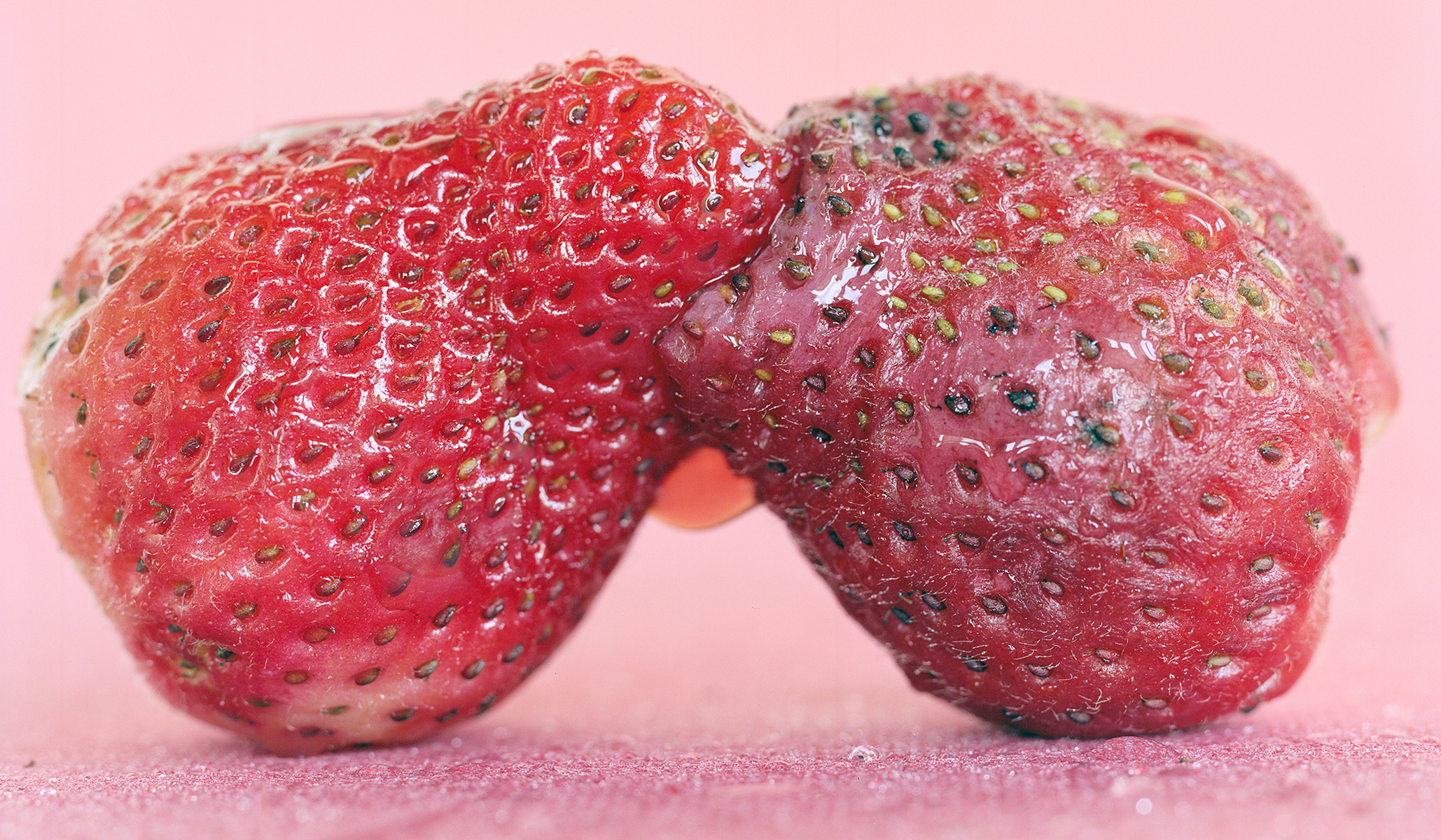 Without Kisses and Hugs
more info 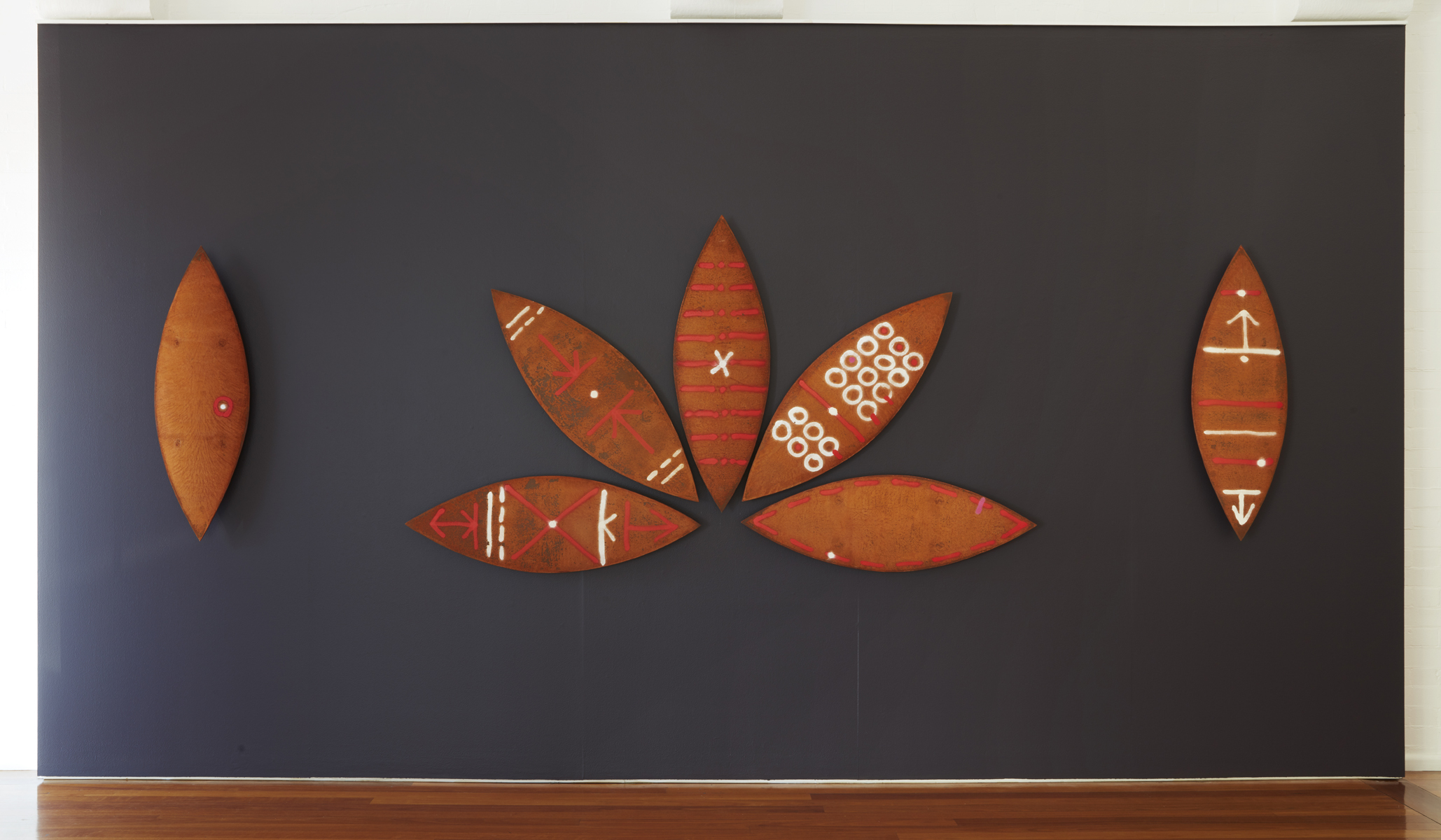