Louise Zhang’s multidisciplinary practice spans painting, sculpture and installation yet underlying all of her work is an ongoing fasciation with the medium of paint and the ways in which it can be manipulated to create works which investigate and challenge the thin divide which separates the ‘monstrous’ from the ‘cute’.

Preoccupied with the notion of ‘the blob’, Zhang has created a world in which “the blob can also be seen as both an entity and a source of creation, a compound that is ready to be intervened with and modeled. This amorphousness is perfectly expressed through the viscosity of paint: its materiality is comparable to the characteristics of the blob… primordial, manipulable, transmutable, fluid and tactile.” This fascination with unknown potential and the promise of impending transformation is consistent throughout Zhang’s practice.

Paintings such as BUG FAT and GHOST GLAZER, DREAM EATER explore this idea of the ‘playful grotesque’ by developing and cultivating an aesthetic that is seductive, tactile and soft. Her paintings depict the unknown, the ‘blob’, and the process of transmutation. They represent and depict the act of creation – capturing a moment of transmutation and flux – a dream like state that is both surreal and nonsensical.

Zhang describes her works as “evocative of confectionery—the gooey, the sticky, and the sensation of sweets melting… these painted and sculptural blobs are transformed into delicious, sickly-sweet cute entities, coated in various pigmented resin (some entirely constructed of it), possessing lustre founded in freshly licked hard-boiled candy. The blobs thus have a decadent aesthetic of the sugar-loaded, over indulgent excesses of the Baroque and Rococo.

Tempering, tinting and manipulating the use of white as a method of leveling opacity, I generate a palette that is primarily pastel, a palette inherent in the aesthetic of the cute. Pastels soften the toxicity of harsher elements present, such as the venomous, or, monstrous and artificial fluorescent palette, and the rigid plasticity of resin.” 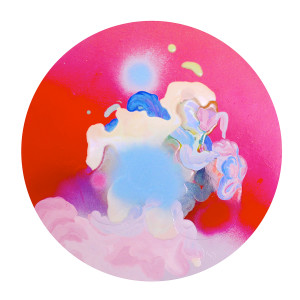 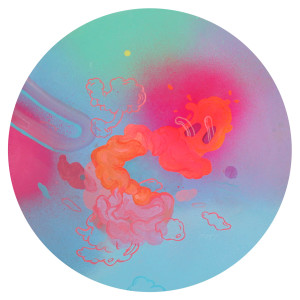 Like her paintings, Zhang’s sculptures represent further experimentation on the part of an artist who constantly seeks to create works which capture the duality and nuances of perception – works which are both attractive and repulsive, playful and philosophical. Constructed from materials such as expanding polyurethane, gap filler and silicone, Zhang’s sculptures are drowned in sugary neon bright layers of enamel, acrylics and resin – so that they appear to be sitting like living beings or organisms – dripping in a pool of their own candy coloured secretions.

With their immediate connotations and uncomfortable associations of violence and dismemberment they look like cauterized tumours or disfigured internal organs ripped from the human body. And yet this sense of unease is offset by the undeniably ‘cute’ nature of the works. Despite the element of the grotesque, something about Zhang’s blobs still manages to suggest the cutesy playfulness and saccharine sweetness we associate with contemporary pop-culture icons like Hello Kitty, My Little Pony and Sponge Bob Square-Pants.

Other works such as SLOSH SAMPLES, an installation of eighty specimen bottles (containing a mixture of pastel and neon coloured flubber)

lined up neatly upon rows of orderly shelves, present the anthropomorphic blob in a way that appeals to humankind’s innate need to dissect, classify and label. Abounding with connotations and resonances from science fiction, fantasy and fairy tales, each of these specimen bottles can be imaginatively interpreted in a myriad of ways: as holding some kind of monstrous or grotesque organism which has been dismembered and studied; as a microcosmic and surreal sugar-coated psychological landscape or as the bizarre alchemical experiments of the occult. Like all of Zhang’s works, these small bottles with their gooey substance of unknown origin activate our imaginations by both seducing and repelling in equal measure.

Louise Zhang is a Sydney based artist who recently completed a Bachelor of Fine Arts with Honours (First Class) at the College of Fine Arts, University of New South Wales. She is currently completing a Masters of Fine Arts by research at COFA. Since 2012 Zhang has exhibited with a number of galleries including Galleryeight (Sydney), I.C.A.A. (Sydney) and Edwina Corlette Gallery (Brisbane). She also recently completed a residency at The Green House in Fowlers Gap, Broken Hill. Her work can be found in numerous private collections both nationally and internationally. 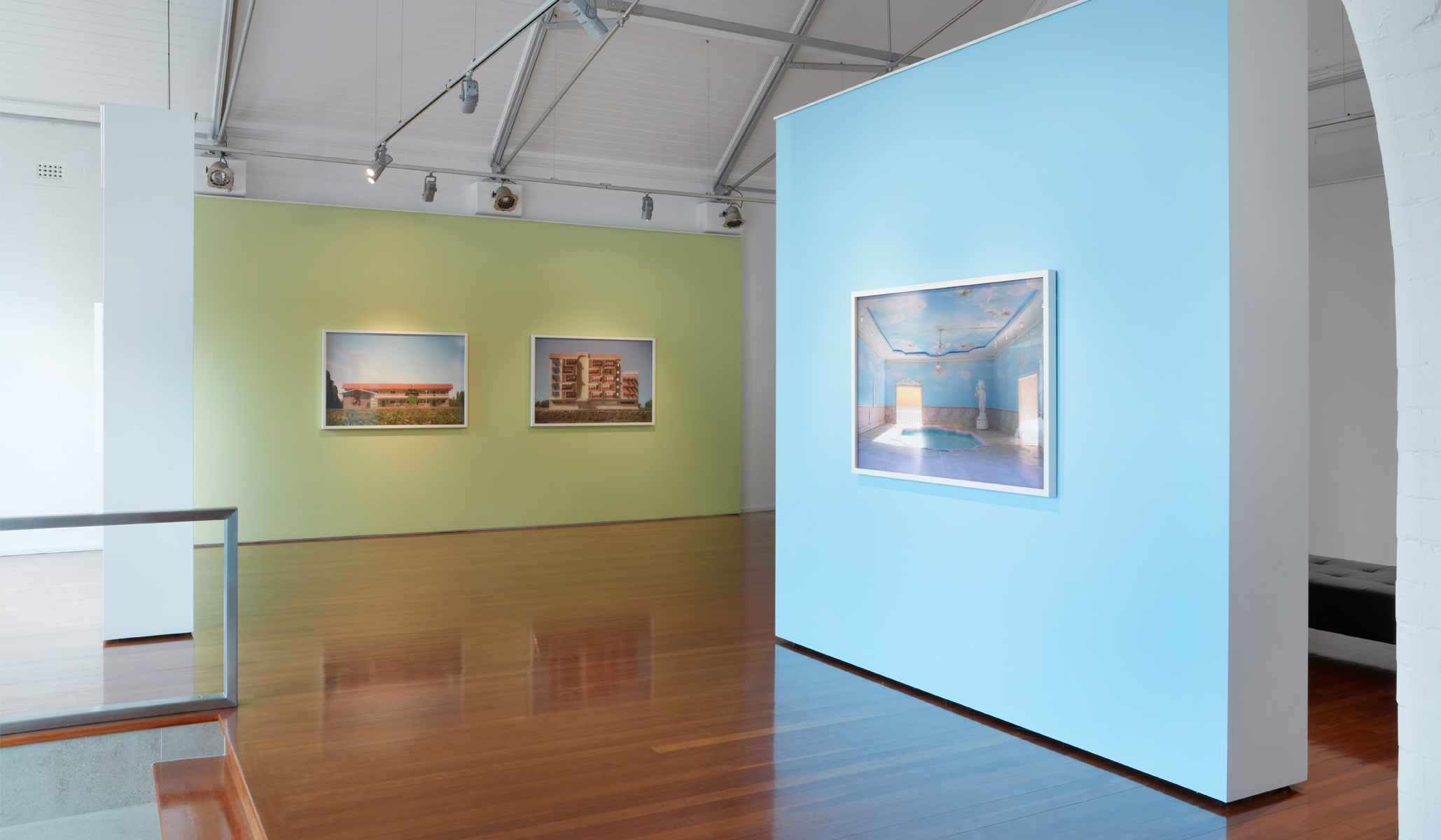